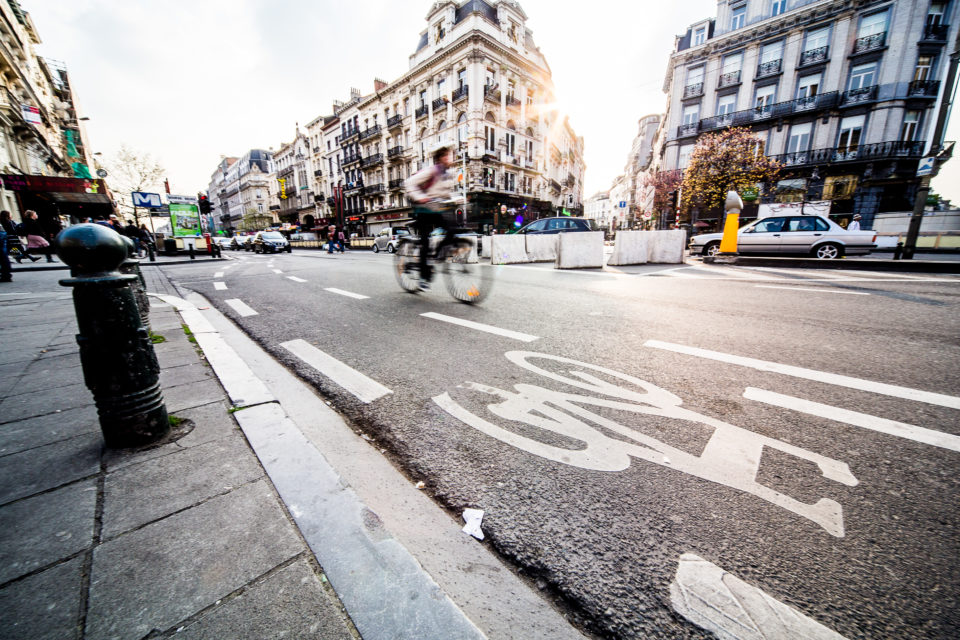 The new Good Move plan aims at reducing the number of cars, increasing public transport trips and promoting cycling and walking in the city. /Belga

On Thursday, the Brussels government adopted the regional mobility plan Good Move. By 2030, this plan should have reduced the use of cars by 25%, increased the number of passengers on public transports by 11% and multiplied by four the share of bicycles for internal trips. It will create 50 neighbourhoods with low car traffic, a 30 kph speed limit and where transit traffic is discouraged.

“The Brussels citizens’ quality of life is what we want to put forward”, insisted Minister-President, Rudi Vervoort (PS), and Mobility Minister, Pascal Smet (sp.a). To get to this goal, the Brussels government will reduce car traffic, increase the share of public transports and favour cycling and walking.

The plan’s measures aim at reducing the number of car movements by 25%. Besides the “extraordinary diversified offer” that will supposedly deter people from using their cars, Brussels will be divided into fifty neighbourhoods of 1 to 2,5 square km. These zones will have a 30 kph speed limit and calm traffic.

The excepted effect of that measure is to decrease car traffic by around 35% on local streets and 10% on major axis. But, the ring will see an 18% traffic increase. Already at its limit, the ring road could, therefore, become saturated. Brussels promises major axes inside the city will not be transformed into “car sewers”.

The new neighbourhoods will feature specific cycling and walking zones. Indeed, Brussels hopes to increase the modal share of those by 10% for regional trips and 15% for short journeys.

The Region also wishes to create “walking axes”. Those major itineraries starting from the city centre would connect all important economic, touristic and cultural poles.

Good Move also includes the development of a Mobility as a Service platform (MaaS) but it doesn’t mention any development costs. That particular solution will be submitted to public consultations this summer.

In addition to the car deterrent measures, Brussels wants to reduce the number of on-street parking spots from 265.000 today to 200.000. But, the government doesn’t plan on increasing the number of closed car parks. Good Move also recommends a price increase for the resident parking card.

On the same day the Good Move plan was voted, the government agreed on a new management contract until 2028 with the STIB/MIVB. One of its objectives is to increase the number of passengers transported yearly from 417,5 million (2018) to 475 million in 2030.

The contract ascertains the development of the north metro, the commissioning of 100% electric buses in 2025 and the construction of new lines. 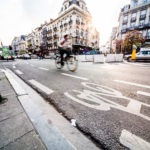