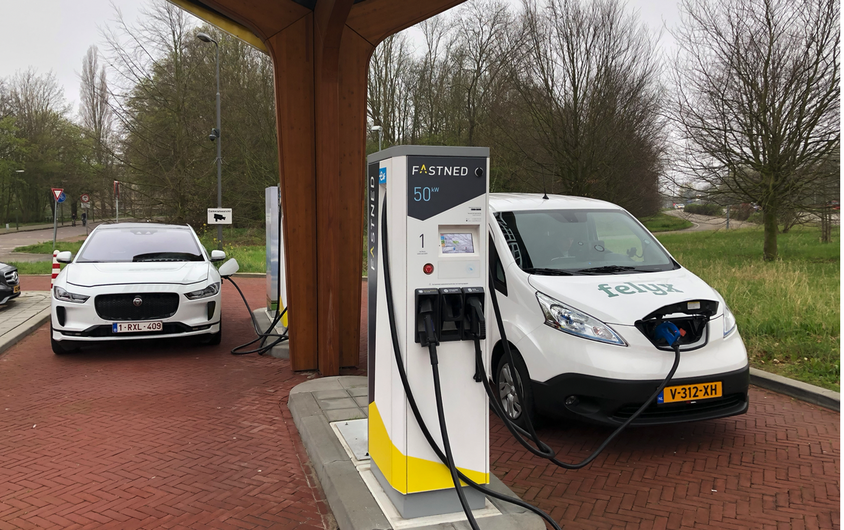 Dutch charging station company Fastned is going to the Euronext stock exchange to finance its European expansion. For a broad acceptance of EV by the public, fast charging will be crucial /NMN

Dutch fast charger network company, Fastned, is going to the Amsterdam Euronext stock exchange “in the first half of this year” to finance a costly European expansion, aiming at 1.000 stations. It’s looking in the first place to the Netherlands, Germany, the UK, Switzerland, France and Belgium to start with.

For Belgium Fastned announced in June 2017 13 stations to be built at Van der Valk hotels. But so far that remained wishful thinking. In July 2018 Fastned got a 1,4 million euro subsidy from the Connecting Europe Facility for the so-called ‘BENEFIC program’ to add 40 fast charging stations in the Netherlands, Flanders and Brussels, but those are yet to be built too.

The problem is that building the network costs bags of money. Money the company has burnt faster than it could earn it so far. Last year it had to take a net loss of 6,3 million euro on a 1,6 return. But that doesn’t seem to discourage the founders.

In the Netherlands there were 44.984 full electric vehicles (FEV) registered in December 2018 and 97.702 plug-in hybrids (PHEV and E-REV). Fastned said in January it has 17.923 active clients and saw a growth of +185% compared to the last quarter of 2017. Its chairman, Michiel Langezaal, co-founder and CEO said earlier counting on 200.000 EVs to make a profitable business.

Today Fastned claims it will have a positive gross result (ebita) when 1 to 1,5% of the total Dutch car fleet will be electric. Today this is 0,5%. Langezaal gains courage from the latest sales figures for EVs in Holland, being 7% of new car sales in the first quarter.

By going to Euronext, Fastned wants to have access to bigger investors than it has today at the alternative Nxchange stock exchange. The latter was given notice by Fastned to prepare its next move.

“Our mission is to have 1.000 charging stations in Europe. But this will take several years. Finding locations, getting permits, connecting to the grid… It takes two to three years on average to have a charging station operational”, Bart Lubbers, son of former Dutch prime minister Ruud Lubbers and co-founder of Fastned says.

He contradicts critics who say they “never see cars charging” at the Fastned charging points. “It is something you hear a lot, but it is no longer true. It happens more and more that drivers have to wait because all chargers are in use.”

“It’s really changing. There are stations in East Groningen where fewer cars are seen, but if you take the example of a station like Den Ruygen Hoeken along the A4, there are hundreds of EVs per day”, Lubbers says.

“With the 150 kW chargers and the 350 kW chargers to come charging is done in about 12 minutes. The Dutch traffic ministry calculated at some point that the average time to fill up with petrol is exactly as long if you take into account going inside to pay.”

These fast chargers might be crucial for broad acceptance by the public in the future, as we could experience ourselves in the The Hague region while charging a Jaguar I-Pace at a Fastned station.

With ‘only’ 50 kW available for now, half of its capability for charging, the Jag needed almost an hour to get another 200 km on its range counter. With the second charger claimed by a Nissan e-NV200 van, we saw some other electric drivers passing by disappointed, not to be able to charge. Queuing up for an hour or more isn’t that appealing… 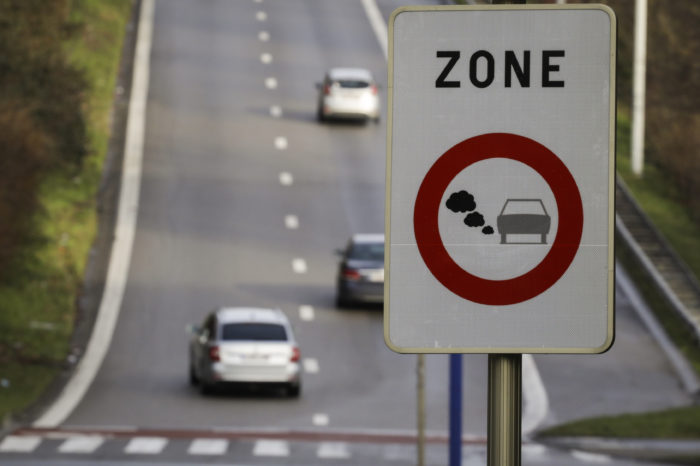 Which solution to high pollution levels in Brussels? 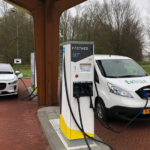