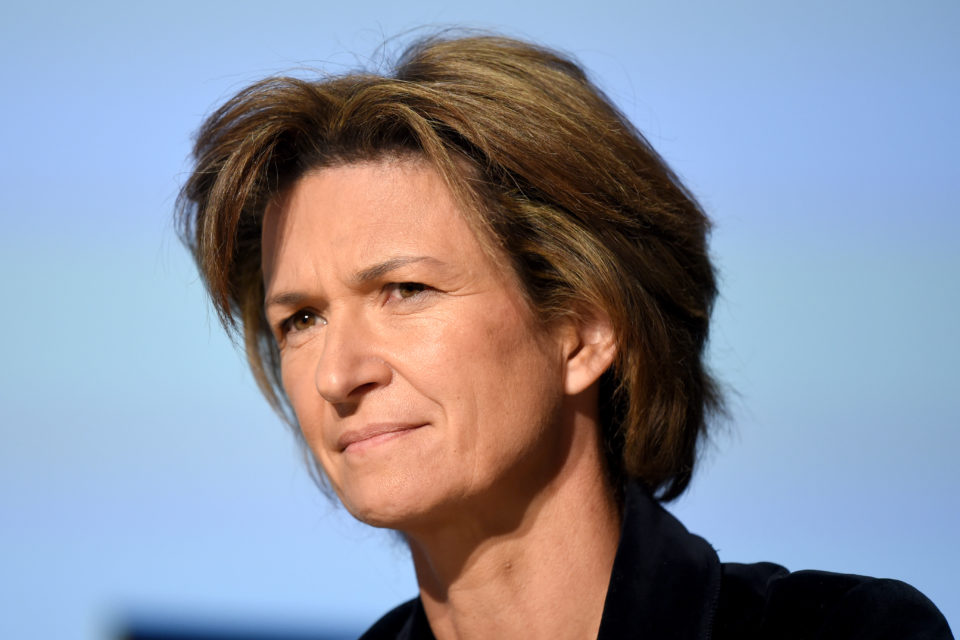 Isabelle Kocher, CEO of Engie, wants politicians to decide. Now. She wants to steer the energy giant into a new direction /Belga/AFP

Isabelle Kocher, the CEO of French energy giant, Engie, is straightforward in this: “No matter what the politicians decide, we need decisions. Now !”

Engie, the mother company of Belgian Electrabel, with Isabelle Kocher, rules practically the Belgian energy market. “We don’t say that we have to keep (two) nuclear power stations open for a longer while, we only say that it is economically meaningful. Everywhere I come, I get the same question”, Kocher says. “Help us to go from carbon to zero carbon as quickly as possible.”

“The question is no longer if we have to meet our climate goals, the question is if we will meet them on time”, explains Kocher. “I see companies and local authorities act, because the national ones hesitate.”

And what is your solution?

“We will offer renewable, sustainable energy as a service. What Uber does with mobility, we will do with energy. For us this is a Copernican revolution. We were used to sell energy, now we lead our clients to energy savings.”

Isn’t there a contradiction between those who want zero emission asap and those who say it’s not affordable or they who won’t pay for it?

“I think atonement is possible. The key to keep the green revolution affordable is to consume less. That’s our new service model: we do the investment, the client pays a monthly fee.”

You talk about a race against the clock. How fast can you roll out this new system?

“As fast as possible. The majority of our workforce is already doing this. We talk with very big companies, but also with the average customer. We have to move on.”

“We come from far behind, indeed. But now we build 2 to 3 gigawatt green power capacity a year. In Lommel (north of Belgium) we want to build Kristal Solar Park, the biggest solar energy park in the Benelux. At the same time we abandon coal.”

“I would prefer to close them all, but sometimes countries refuse because they are too dependent on it. Sometimes you can also reconvert them into biomass power plants. That’s what will happen in the Netherlands and Germany, but we are no specialists, so we sell (to Riverstone Holdings)”.

“We have decided to invest in alternative energy, like wind and sun, geothermal energy, hydrogen and biogas. That’s already very much, you have to choose what you do and what you’re good in.”

In 6 years the last nuclear power plant in Belgium has to close. Is this realistic?

“It’s not our decision what to do. But we are ready for every solution. We only say that it is economically meaningful to keep two nuclear power plants open for a longer while to have a buffer. What we will have to do, is not so important.”

“We will have to invest anyway, in nuclear plants to keep them open longer, or in alternatives.  But if we close the nuclear, the government has to foresee a massive investment in gas power plants. That’s the priority of the new government.”

“The only thing we ask for, urgently, is a clear decision. It has to happen now, otherwise we will run into major problems in 2025.”

“The new plants can be reconverted quickly. We want 100% green gas in 2050. But the alternatives are still too costly at the moment. The technology isn’t totally ready yet and the cost is still too high. But we invest already heavily.”

“Europe started the transition, now we lack an industrial strategy. In Europe, there’s only one credo: competition. Our market is so open that we are competing ourself to death. We need a strategic vision on the newest technologies, like organic or photo-chemical solar panels.”

“When you start new things in Europe price is the only thing that matters. You could have other criteria, like CO2. We have to be less naïve and more ambitious.”

“In Africa they’re immediately going to the next step. They will never have big distribution networks, they invest now in small, local energy systems. That’s the future.”

Is this decentralized energy production compatible with energy giants like Engie?

“There will always be a need for big power plants. Maybe not in Africa, but here this infrastructure won’t disappear. But the customer will be able to decide more and eventually produce himself.”

“That’s why we also are in transition. We will guide the new customer and run the bigger infrastructure. That’s where our future lies.” 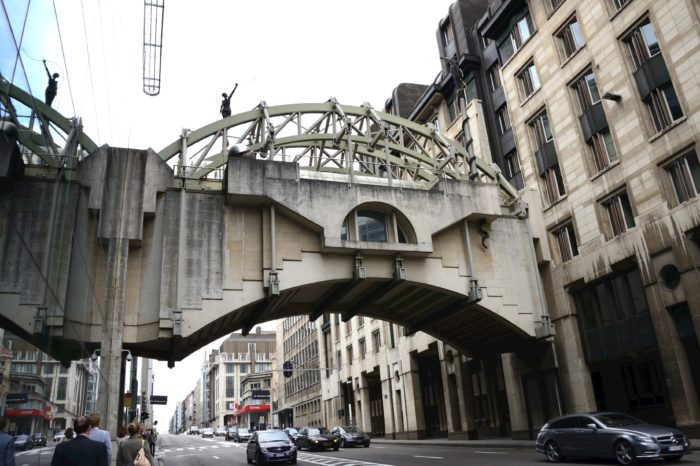 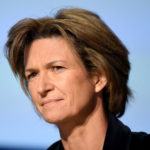