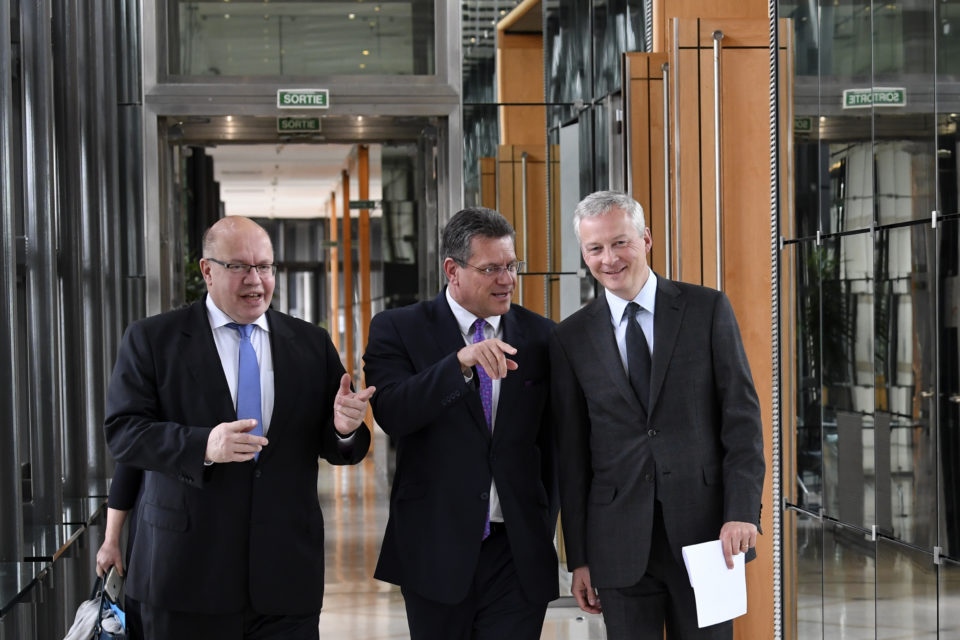 The European initiative to create its own battery industry in a so-called ‘Airbus of batteries’ is ready for take-off. In a joint press conference in Bercy (France), EU Commissioner of Energy, Maros Sefcovic, the French Minister of Economics, Bruno Le Maire, and his German colleague, Peter Altmaier, say 5 to 6 billion euro is found to invest.

Sefcovic was the one launching the idea of a European ‘Airbus of the battery industry’. In October 2017, the EU Commission rounded up industry leaders for the first talks about the idea. In December 2018 France and Germany signed an agreement to join forces.

Three factories to set up

The investment will be financed mainly with private money, some 4 billion euro and 1,2 billion of subsidies, as agreed in principle by the EU Commission. Between now and 2020 a first pilot factory should start in France with 200 employees, followed by a second one in France and one in Germany before 2023. The latter would employ both some 1.500 people.

The international consortium will be formed among industries and manufacturers themselves, not governments or politicians, and it will be up to them to define whether or not to integrate the alliance. According to Peter Altmaier, some 35 parties have responded positively, among which ‘major car manufacturers’.

Which car manufacturers will step in, is not clear yet, but of French carmaker PSA is known it’s interested, through its German daughter Opel. Asked by the AFP press agency, PSA confirmed that the project is ‘in studying phase’. “But no decision is taken as long as the European Commission hasn’t taken a formal commitment.”

According to Commissioner Sefcovic, this final green light should be given before the end of the mandate of the current European Commission in October 2019.

“By 2030, we want to cover 30% of the world’s demand for batteries by German and European production”, Altmaier declared earlier. Europe has to defend itself, says Marus Sefcovic. “To (re)conquer a big part of the battery market we will have to invest 20 billion euro in 10 to 20 giga-factories in Europe.”

“What we need is an Airbus for batteries”, Sefcovic said. “In the sixties Europe had a bunch of small high-tech companies in aviation, but they were lacking scale. French, British and Germans had to work together and today we have a fantastic airplane.”

Between now and 2025, some 400 new electric car models are announced and the sales of EVs is estimated to pass the 25 million unit hurdle in that same year. This asks for huge investments in producing batteries and that’s what manufacturers are doing now.

Together they want to boost production of battery cells from 34,7 GWh today (source EV Sales Blog) to 300 GWh in 2025 (source EIT InnoEnergy). This market is largely dominated by the Japanese with Panasonic, AESC, Toshiba and Toyota, the South-Koreans with LG Chem, Samsung SDI, and SK Innovation and the Chinese with CATL, BYD and GS Yuasa.

But not everyone is convinced huge investments in batteries are the way to go to compete. Like German Bosch, the world’s largest automotive supplier who decided in March 2018, not to invest in the production of battery cells for electric cars. It would need to invest more than 20 billion euro in R&D on battery technology to gain a 20% market share and that’s considered too much to be economically viable.

This week Bosch signed an agreement with Swedish PowerCell to gear up production and joint-development of fuel cells for cars and trucks. Bosch estimates 20% of electric vehicles worldwide will be powered by hydrogen by 2030. Bosch clearly believes hydrogen is where Europe can take a lead again.

But meanwhile the Chinese aren’t standing still neither. They plan 5.000 hydrogen vehicles to be operational next year, 50.000 by 2025 and one million by 2030. A big push, although still a moderate goal, given the 28 million vehicles sold last year. 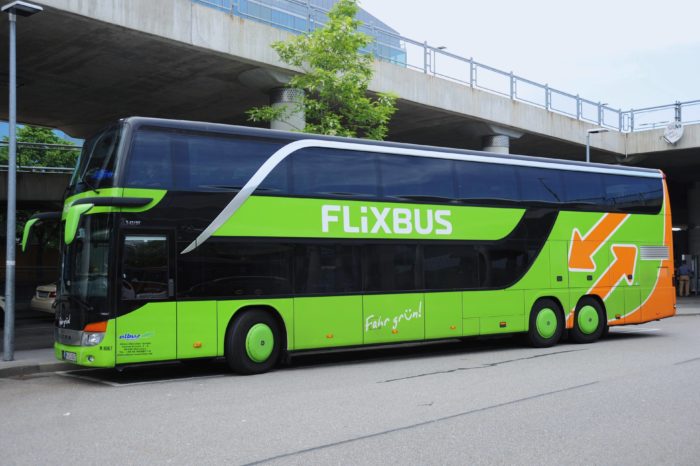 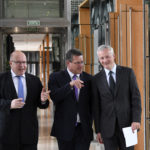