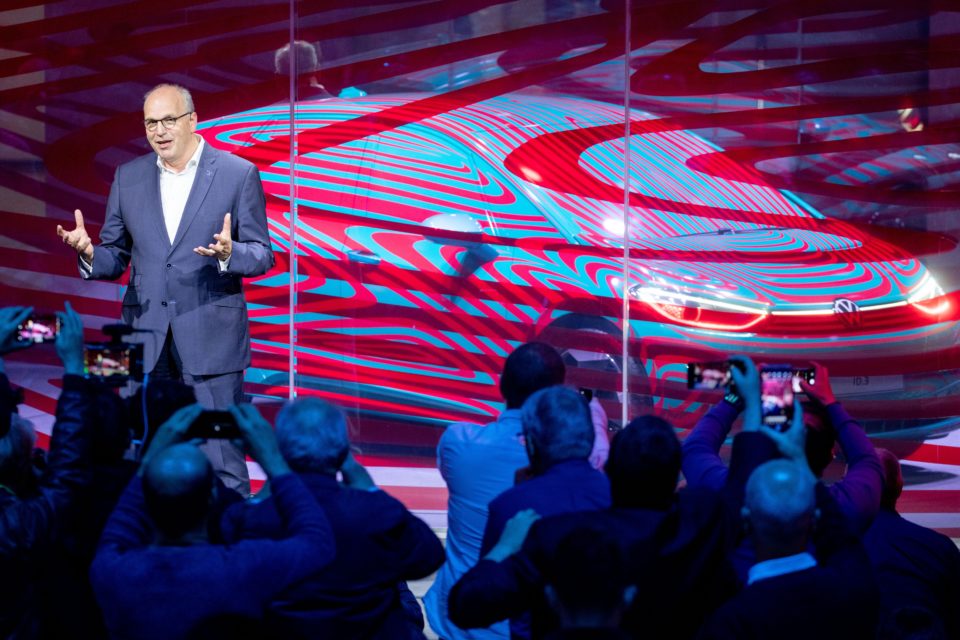 On a press event in Berlin Volkswagen kicked off the pre-ordering for its ID.3 electric car of the next generation at a price under 40.000 euro /dpa

On a press event in Berlin on Wednesday, Volkswagen has kicked-off the pre-ordering campaign for its new generation of electric cars, starting with the Golf-sized ID.3 at a price under 40.000 euros, with a base price under 30.000 euro in de future.

According to Volkswagen’s board of directors member Jürgen Stackmann, 30.000 ‘ID.3 First’ versions will be made with a mid-sized 58 kWh battery pack promising a range of 300 to 420 km (WLTP). People in 29 European markets can sign a non-binding pre-order by deposing 1.000 euro to be the first to have the car delivered to them as of today, starting deliveries in summer 2020.

The ID.3 First will come in four colors and with three levels of equipment, with the ID3 First Max as the top model featuring augment reality head-up display and other neat features as a standard. Price for this ‘first’ IDs will be under 40.000 euro. As a bonus, customers will get one year of public charging for free.

Later the ID.3 compact car will offer a basic version with 45 kWh battery and 330 km range for under 30.000 euro. The top model will have a 77 kWh battery good for a range up to 550 km. The ID.3 will be built in the Zwickau (Germany) plant in a guaranteed CO2-neutral production process, Stackmann said.

It will feature hardware and software updates over its life cycle (like Tesla already offers from the beginning). According to Stackmann, the total cost of ownership (TCO) of the ID.3 will already be 30% lower than a comparable car (Golf ?) with a combustion engine.

At the event, the car was still shown in disguise, as the official world première is reserved for the FAA Motor Show in Frankfurt in September 2019. After this, a binding order will be possible at the Volkswagen dealerships. Major initial markets for Volkswagen’s ID.3 will be Norway, the Netherlands, Germany, the U.K, and Austria.

Volkswagen plans to produce around 100.000 ID.3 cars a year starting at the end of 2019. It’s only the start of an entirely new generation of electric cars Volkswagen is investing 9 billion euros in. VW promises more than 20 models, with the larger models following the compact ID.3 first and smaller (and cheaper) ID.2 and ID.1 models later. The goal is at least 1 million electric cars sold by 2025, Stackmann repeated. 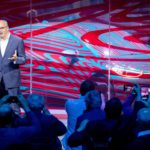