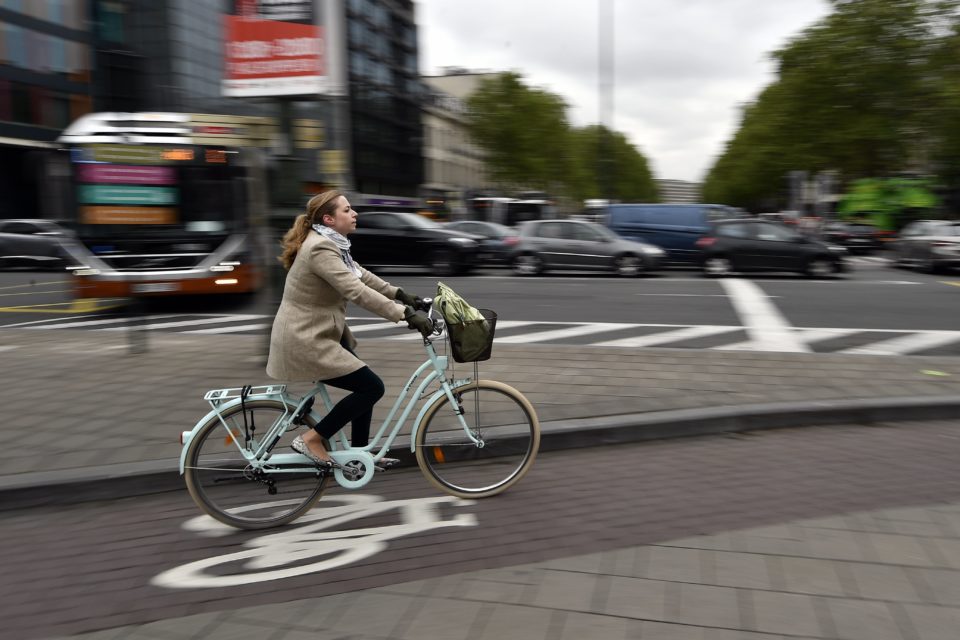 As the study shows, badly thought out cycling paths are a deterrent to the development of cycling. On the contrary, well-maintained infrastructure separated from the road is helping it /Belga

According to a recent study from the VIAS traffic safety institute, road safety is the major concern for cyclists. It’s pointed out as the primary reason for the rather small bicycle modal share, especially in Wallonia.

In cities and countries where cycling paths are well developed and secure, riding time becomes the first concern. “Municipalities say that they won’t build cycling paths where there aren’t any cyclists. But it’s the other way round. By building the infrastructure, new users will appear”, says Benoît Godart, spokesperson for VIAS.

The study asked the population to rank the obstacles to bicycle development on a scale from one to seven. In Belgium, citizens of Liège and Ghent were questioned and in both cities safety came first. The next most important deterrents were the environment (location or weather) and the physical effort.

Out of all nine interrogated populations, Liège citizens are the ones ranking road safety the highest. On the scale, they put it at five where the European average stands at four. This points out a major flaw in the cycling infrastructure of Liège.

“In the Dutch cities of Groningen and Tilburg, road safety doesn’t appear to play a major part. It’s especially the riding time that bothers the Dutch cyclists”, continues the spokesperson.

A proof that the cycling infrastructure in the Netherlands is well thought about, a fact that wasn’t needed to be proven. With the development of electric bicycles, the physical effort needed is much lower. Thus, travel time takes the lead, as in any other form of transport.

This Thursday, VIAS and its partners from other countries are launching a useful tool to push the development of cycling. On the website pedbikeplanner.eu, cities and municipalities can find recommendations to better lay out their infrastructure.

That way they’re promoting the use of bicycles on their territories. “We’re also giving information on the investment costs”, adds Benoît Godart.

Enhancing safety is to be done on many levels. From a safe cycling infrastructure separated from the road to the sensitizing of all road users on the importance of traffic laws.

In its study, VIAS took the opportunity to ask the population about walking and pedestrian safety. The major deterrent to walking is, in all cities, time. The physical effort comes second.