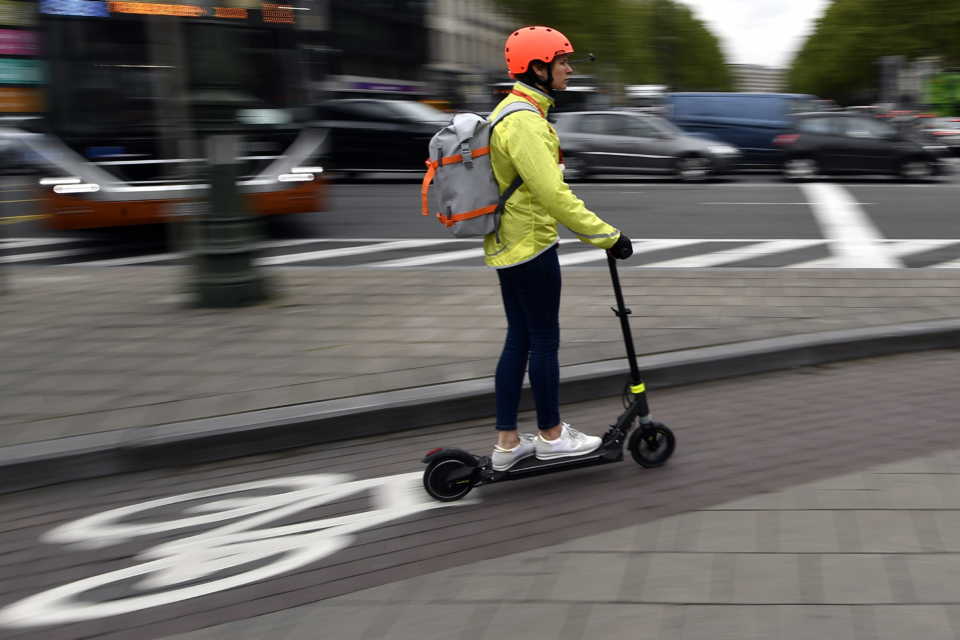 The Dutch legally can’t use any of these new forms of mobility on public roads, including monowheels and hoverboards / Belga

They’re hip and handy, but e-scooters are also quite dangerous. That’s what an American study shows. If you don’t want to be injured when driving a shared e-scooter, you better protect yourself, because they’re no safer than any other motorized vehicle.

Since the e-scooters arrived in Belgium at the end of last year, they have taken the streets by storm. The shared e-scooters of companies like Lime, Bird, Flash, Troty or Dot are present in large numbers in cities like Brussels, Antwerp, and Liège, and since last week also on the coast. They seem to appeal more to the general public than the urban-shared bikes.

But the shared e-scooter, for which you pay a fixed fee of 1 euro per ride plus 15 cents per minute, may have swarmed cities, at the same time the devices raise questions about livability and safety. The latter aspect, in particular, is receiving increasing attention in the US, where e-scooters have been in use for some time now.

A recent study carried out in and by the city of Austin in Texas and the local Center for Disease Control, examined all e-scooter accidents in September and October 2018. Of the 182.000 hours that users spent together on the e-scooters in Austin, 190 accidents occurred that led to hospitalization.

That is not exorbitant in itself. But half of the users admitted to hospital had a head injury, and 15% of these were accompanied by brain damage. The results are very similar to a broader study by the University of California. There, too, the most common injury was head damage, accounting for more than 40% of the admissions after an e-scooter accident.

There are no official figures for Belgium yet, although there is also an increase in the number of victims of accidents involving e-scooters in various Belgian hospitals. Stef Willems of the Belgian knowledge center for traffic safety, VIAS, also confirms that the American findings are in line with the expectations for Belgium.

“The risk of flying over your handlebars in the event of a fall is much greater with an e-scooter than with a bicycle. And then there’s a good chance that you’ll get a head or neck injury from it.”

The risk of injury can be drastically reduced if the users always wear a helmet. In their app, the e-scooter rental companies advise you to put one on, but it is not mandatory in the road code. In addition, no one is going to carry a helmet in case he or she decides to use an e-scooter that day.

The figures from the US are clear: 4% of the hospitalized e-scooter users from the Californian study wore a helmet, in the Austin study this was less than 1%.

Ban in The Netherlands and UK

“E-scooters have a bit of an image of being a toy”, says Stef Willems. “But in practice, they are more difficult to handle than a bicycle. And few people have experience with them.”

It’s also one of the reasons why in The Netherlands and the UK people have been prosecuted for riding them on public roads and footpaths, although in the UK ministers are considering overturning the ban as part of a wide-ranging review of the future or urban transport.

Nevertheless, responsible driving becomes a must because now that the law has recently been amended, e-scooters will soon be allowed to drive 25 km/hour on the Belgian roads – now they are limited to 18 km/hour.

The e-scooter companies seem to realize that they have to convince their users that the devices are a full-fledged means of transport and not a fun toy. The American start-up Wheels is working on e-scooters that include a helmet. Bird, one of the biggest players in the world of e-scooters, has already sent 65.000 free helmets in the US to users who asked for them. Other companies give discounts when buying a helmet.

Safety is also being worked on in Belgium, via, for example, a kind of training day in Brussels, where Lime also distributed 750 free helmets to users.

By raising awareness, the companies hope to convince users to take their responsibility. This can also be done without any hassle, says Willems. “Nowadays you have special folding helmets. When folded, they are so compact that they fit in a backpack. And they are still safe.” 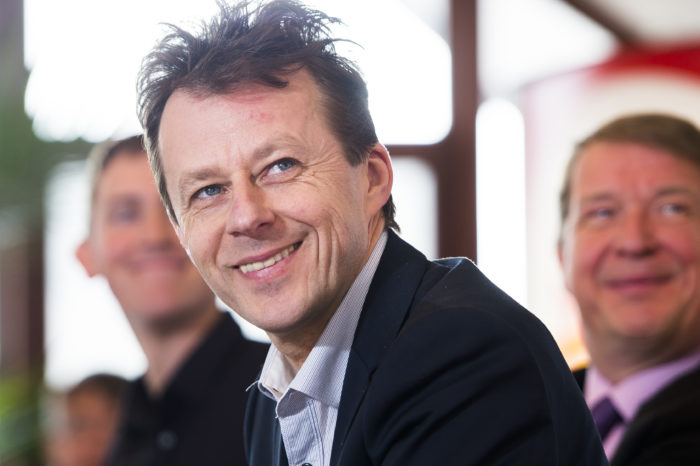 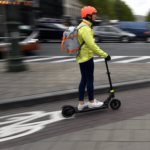