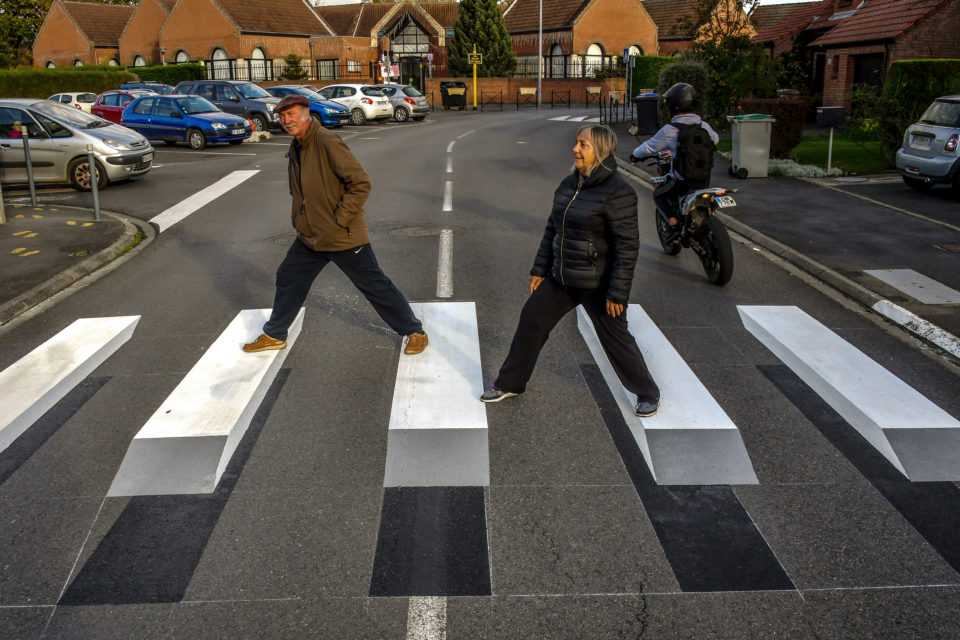 The possible impact of the 3D pedestrian crossings will be registered by cameras. The cameras will record the interaction between car drivers and crossing pedestrians, but they also need to prevent that the optical illusion is used for selfies or Beatles imitations /Belga

The agency for roads and traffic (Agentschap Wegen en Verkeer, AWV) is going to test 3D pedestrian crossings in Flanders. The goal is to check whether they improve safety for pedestrians. If the results are positive, other 3D crossings might follow, as was announced by Flemish Minister for Mobility, Ben Weyts (N-VA).

A 3D pedestrian crossing creates an optical three-dimensional illusion. It gives approaching traffic the impression the crossing is hovering above the roadway. The initiative will be tested in Flanders. In Beersel, Munsterbilzen, and Antwerp, to be more specific. Minister Weyts hopes the measure will increase pedestrians’ safety and visibility.

“It’s a small intervention that could have a large impact”, says the Minister. The coming weeks, the possible effects will be registered by cameras. They will monitor the effective crossing behavior of pedestrians. And at the same time, they will verify whether drivers don’t stop too brusquely. The cameras also need to prevent that the optical illusion is used for selfies or Beatles imitations.

Traffic safety organization, Vias, will analyze all data, checking on speed, the interaction between car drivers and crossing pedestrians, and the number of ‘nearly’ accidents.

The ‘gliding’ 3D pedestrian crossings already exist in the Netherlands and Germany. “But we don’t know what the results are”, says AWV spokesperson, Veva Daniëls. “So, we have to wait for the results of our analysis. But if it’s clear that the results are positive, other similar crossings might follow elsewhere in Flanders.”

3D pedestrian crossings are not suited for complex traffic situations or winding roads, as the road marking has to be clearly visible for approaching drivers. 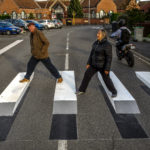