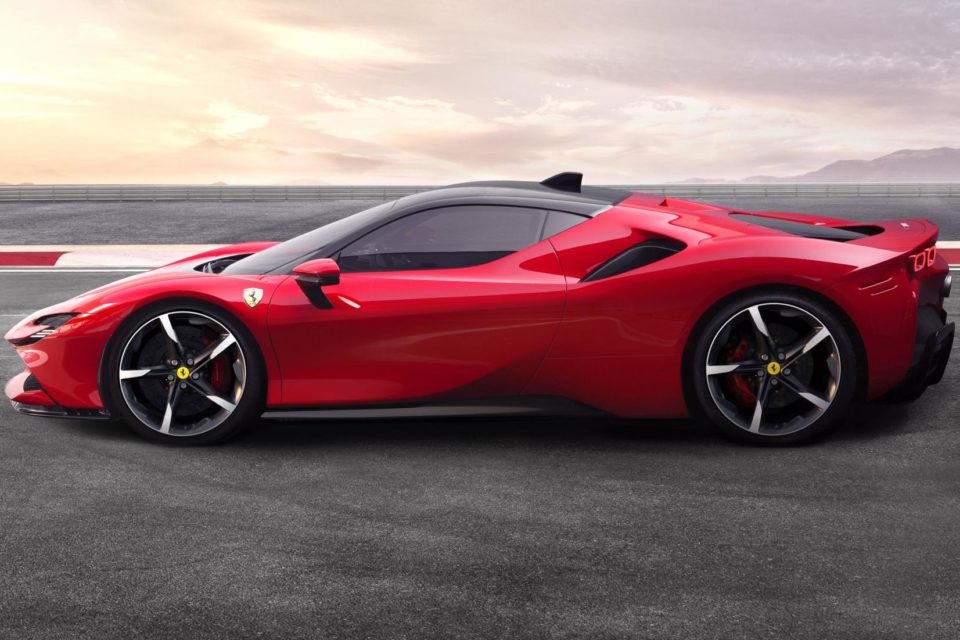 The Ferrari SF90 Stradale is the first car from the company that can drive in fully electric mode. /Ferrari

On Wednesday, Ferrari presented its new SF90 Stradale hypercar. Celebrating the company’s 90th anniversary, the 1.000hp machine is their first plug-in hybrid vehicle. Equipped with four-wheel drive, it can do 0 to 100 kph in 2,5 seconds and drive in fully electric mode for up to 25 km.

Things are changing at Ferrari. In addition to marking the 90th anniversary of Ferrari, the SF90 is the company’s first Elkann-Camilleri era supercar. Pushed by regulations, Italian thoroughbreds also have to become greener, but not at the cost of performances.

Therefore, the SF90 is the first Ferrari to use a plug-in hybrid system. There are two motors on the front axle and a 7,9 kWh battery. A generator is also placed between the 4-liter V8 and the new 8-speed dual-clutch gearbox. The total power output is up to 1.000hp with an average CO2 emission of less than 100 gr/km

The revolution – for Ferrari – is located on the front axle. The two electric motors producing together 220hp give the SF90 four-wheel drive but also the possibility to drive in fully electric mode. The range is therefore limited to 25 km with a max speed of 135 kph.

But, let’s face it, the electric aids of this thoroughbred powertrain are mostly used for performance. Thus, it can go from zero to 100 kph in only 2,5 seconds. The 200 kph bar is passed in 6,7 seconds. Top speed is a healthy 340 kph. On the Fiorano test track, the SF90 even outruns the LaFerrari by 64 meters.

In addition to the ‘eDrive’, ‘Hybrid’ and ‘Performance’ modes, the SF90 is equipped with a special ‘Qualify’ mode. When selected, it wrings every bit of performance out of the powertrain and the battery. According to Ferrari, when this mode is selected, there is enough juice in peak power mode to lap any circuit in the world, even the Nürburgring.

Meanwhile, the all-new chassis is composed in majority of high strength aluminium. Some carbon fiber is used for the bulkhead but Ferrari hasn’t gone the carbon tub route, like McLaren. Still, the dry weight is stated at 1.570 kg, including 270 kg of plug-in hybrid gubbins.

Inside, another handful of Ferrari first is to be found. A new steering wheel with many buttons sits in front of a new curved 16 inches instrument panel. A head-up display is also available for the first time.

Unlike the LaFerrari – the replacement of which should arrive by 2022 – the SF90 Stradale won’t be produced in limited numbers. The official price has yet to be disclosed but is estimated at around 700.000 euro and deliveries should start next year. 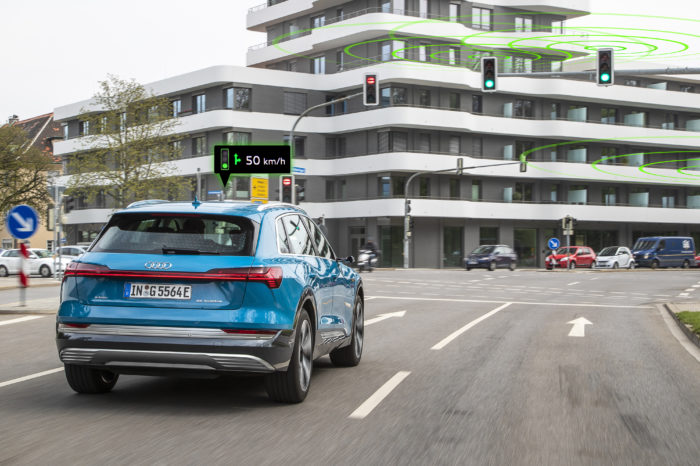 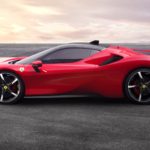