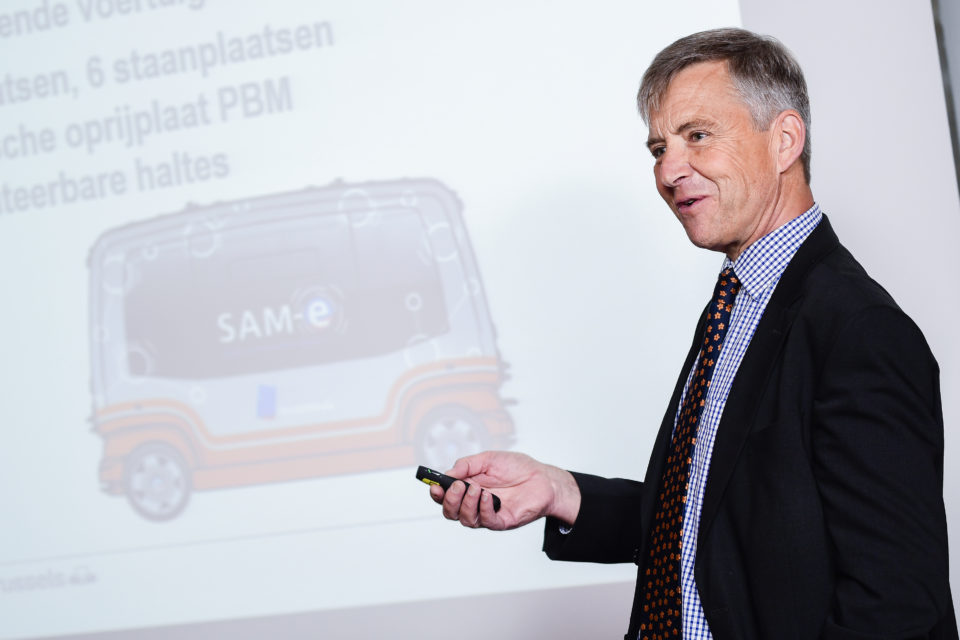 The two autonomous shuttles will start driving in the Woluwe Park on June 28th. People will be able to jump aboard for free. /Belga

Starting this month, the Brussels public transport company will test two Easymile autonomous shuttles in Woluwe Park. STIB/MIVB reached out to Paris’ RATP which already runs some of those new vehicles in the Vincennes woods. From June 28th onwards, people will be able to step aboard the self-driving shuttles for a 1.500 m trip at speeds of 10 to 15 kilometers per hour.

This Friday, Brussels’ public transport operator, STIB/MIVB, is set to officially launch its new autonomous vehicle test phase. “They will drive from point A to point B with the help of a map downloaded onto their computers. The vehicles also have detection systems that allow them to see, foresee and react to other road users’ behavior”, explains Philippe Vandewauwer, project manager.

“If someone crosses the road, the shuttle will stop. If a bicycle comes the other way, it will slow down. This is why we have chosen to start our test phase in Woluwe Park. There are no cars but enough cyclists and pedestrians for the shuttle to see”, Vandewauwer continues.

Note that autonomous vehicle testing isn’t yet allowed in Brussels without a derogation. The STIB/MIVB managed to bypass that law by making its EZ10 shuttles driving in a Park and not on the public road. “We also needed an 8-meter wide asphalt road and there are not many of those in Brussels”, adds the manager.

For this first test phase, the two shuttles will transport passengers on a 1.500 m route at speeds between 10 and 15 kph. Although the vehicles are perfectly capable to drive themselves, an attended will always be aboard for safety reasons.

The test phase officially starts on June 28th, once Easymile has finished programming the route. STIB/MIVB has chosen those French self-driving shuttles after seeing Paris’ RATP successfully using them since 2007 in the Vincennes Woods.

Towards a greater development?

Apart from the above-mentioned information, Brussels’ public transport operator remains fairly silent. It doesn’t mention the project’s cost and nor will we know if autonomous shuttles will replace buses in the future.

“We want to master this technology the day it arrives in Brussels. When the legislation will allow autonomous cars in the city, we’ll be faced with private self-driving cars going about in traffic. To know if I would be interesting for us to exploit it, for example for the last kilometer or in dense areas, we must know the goods and the bads of such technology”, declares François Ledune, STIB/MIVB’s spokesperson. 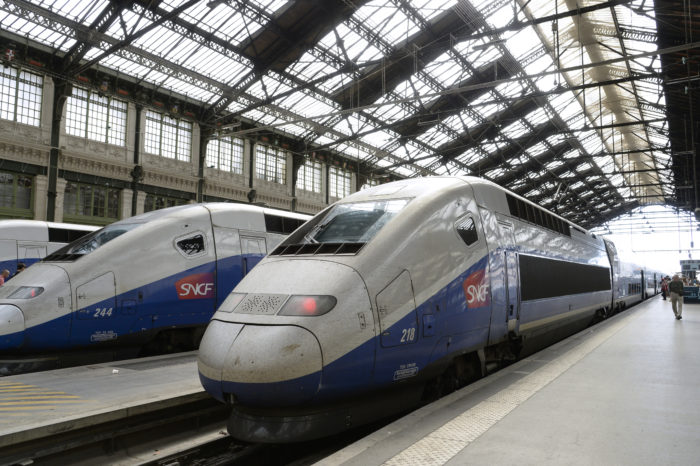 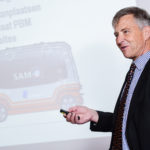