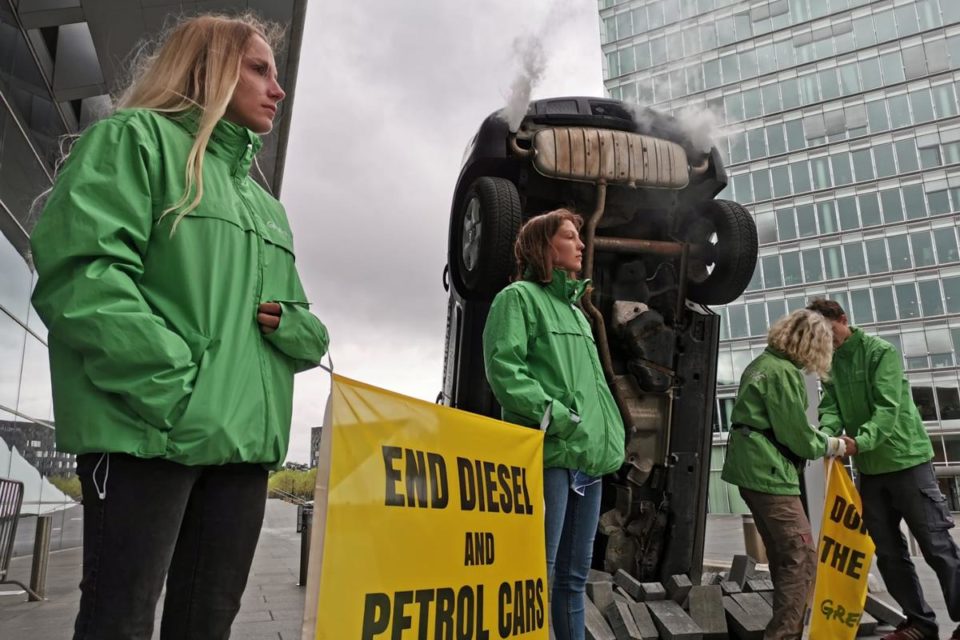 Europe, and the European transport sector in particular, must speed up their efforts to abolish diesel and petrol cars. That is what Greenpeace believes.

According to the environmental organisation, Belgium is also lagging behind in Europe when it comes to phasing out vehicles with combustion engines.

Greenpeace estimates that 27% of greenhouse gas emissions come from transport, and cars account for 45% of these emissions.

European transport ministers are currently meeting in Luxembourg. This is their last meeting before the European Council on 20 and 21 June, where the objectives for reducing greenhouse gas emissions by 2050 must be discussed.

Greenpeace has mobilized activists from France, Germany, Poland, Belgium, and Luxembourg for the occasion. According to the NGO, cars with combustion engines (ICE) must be banned more quickly. The organisation also points to the enormous responsibility of the transport sector in greenhouse gas emissions.

According to a study cited by Greenpeace, the EU would have to reduce its greenhouse gas emissions by at least 65% by 2030 to comply with the Paris Agreement.

The law on the orientation of mobility, currently under discussion in the National Assembly in France, which envisages a ban on combustion-powered cars in 2040, is for example “a horizon incompatible with the commitments of the Paris Agreement”.

Belgium, too, would only meet its climate commitments if the future government prohibits the sale of combustion engine vehicles by 2028 at the latest.

Regional authorities must, therefore, promote sustainable mobility in the form of active mobility, public transport and shared electric cars. And municipalities must introduce (ultra) low-emission zones that set a deadline for the use of diesel vehicles and subsequently petrol vehicles on their territory.

Greenpeace refers to the most recent report of the IPCC (Intergovernmental Panel on Climate Change). “The climate problem is forcing us to make major changes over the next ten years in order to prevent the catastrophic consequences of global warming. Traffic plays a key role in this.”

“The days of diesel and petrol cars are numbered”, says Joeri Thijs of Greenpeace. “Many cities, regions, and countries are preparing for this radical and necessary turnaround in order to guarantee a healthier and more sustainable future.”

“Belgium is a passenger rather than a frontrunner on this important road. This is a mistake because almost a quarter of Belgium’s CO2 emissions come from traffic.”

In Belgium, for example, there are two low-emission zones (Antwerp, Brussels), and three will follow (Ghent, Mechelen, Willebroek). “But it’s going very slow, especially compared to similar cities in neighbouring countries. Brussels could get some inspiration in Paris, where the end of diesel cars is already planned for 2024 and that of petrol cars in 2030″, concludes Thijs. 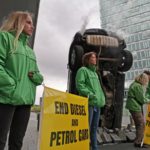