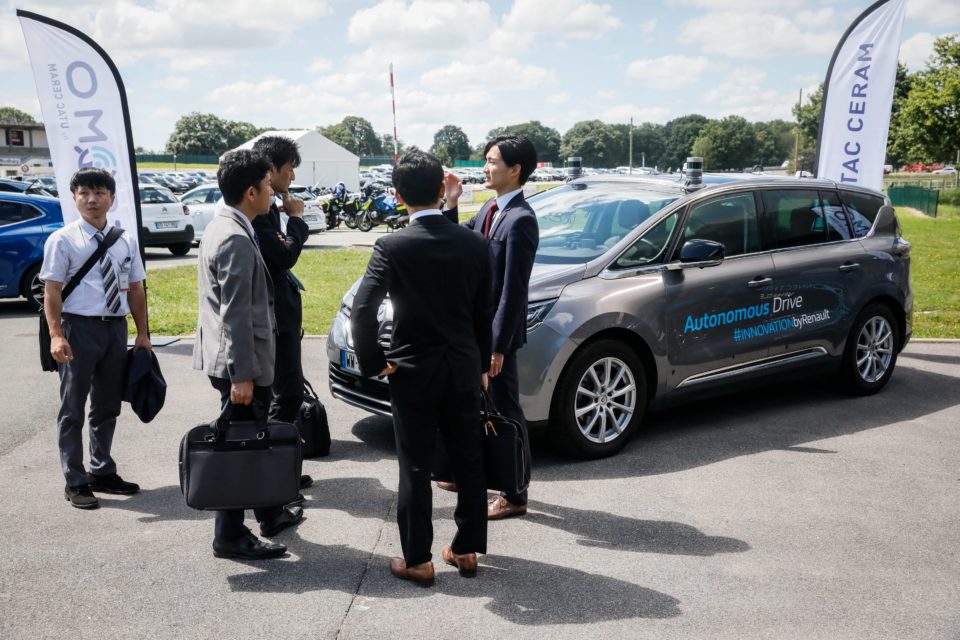 At the race track of Linas-Monthléry, 30 km south of Paris, a new center for testing autonomous cars is inaugurated on Monday. Baptized ‘Teqmo’ by the owner of the circuit, automotive technical service, and training provider Utac Ceram, the center has 12 km of dedicated test tracks. Renault and PSA and French automotive supplier Valeo are among the partners to use the center.

The testing zone includes, among others, urban ‘streets’ to simulate actual city traffic situations. Along the roads a 5G communication network is installed by partners Bouygues Telecom, Ericsson and Orange to have the autonomous test cars ‘talk’ with the road infrastructure.

According to PSA’s autonomous car expert Vincent Abadie, it takes at least 1 to 2 million test kilometers to validate an autonomous driving function of a car. French carmaker PSA (Peugeot, Citroën, DS and Opel) says it’s aiming at offering self-driving tasks from 2025. PSA counts – besides tests on circuits – on 20 prototypes that have covered 170.000 km in real driving conditions since 2015.

That is peanuts compared to the Americans with companies like Waymo, daughter of Google’s motherhouse Alphabet, that claims to have covered over 17 million kilometers with autonomous vehicles, so far, on the roads of Arizona.

Waymo was the first in the world to have launched a paid taxi service with autonomous cars in December last year. In January, Waymo announced it is going to set up its factory in Detroit, Michigan, to build self-driving cars.

Waymo will equip on-site cars from its partners, Fiat-Chrysler (FCA) and Jaguar Land Rover (JLR), of which it operates a test fleet already in Phoenix, Arizona. “It will be the world’s first factory dedicated 100% to the mass production of autonomous cars of Level 4,” Waymo announced.

Renault-Nissan to join forces with Waymo

In June 2018, Waymo announced it had ordered 62.000 cars of the Pacifica model with FCA to start rolling out a fleet of autonomous vehicles shortly. In March, Waymo had already announced it would buy 20.000 full electric Jaguar i-Pace SUVs for its taxi fleet too.

In February, the Japanese business newspaper Nikkei unveiled that Renault, with its alliance partners, Nissan and Mitsubishi, was preparing to sign an agreement to join forces with Waymo on autonomous cars.

Too costly for private use

End of February, Carlos Tavares, CEO of the French PSA Group and president of the European car manufacturers federation ACEA, admitted that the costs are too high for an autonomous car to be reasonable for a private customer. “It makes no sense to develop cars that are so expensive for private use,” he said.

Tavares said seeing a market, though, for autonomous shuttles and robot taxis. “Vehicles of which costs of technology are shared” and in which PSA and all others are investing. He foresees self-driving for private will be limited to more and more advanced driving aids. Fully autonomous will be reserved for public transport. 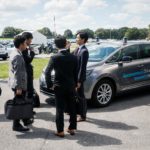