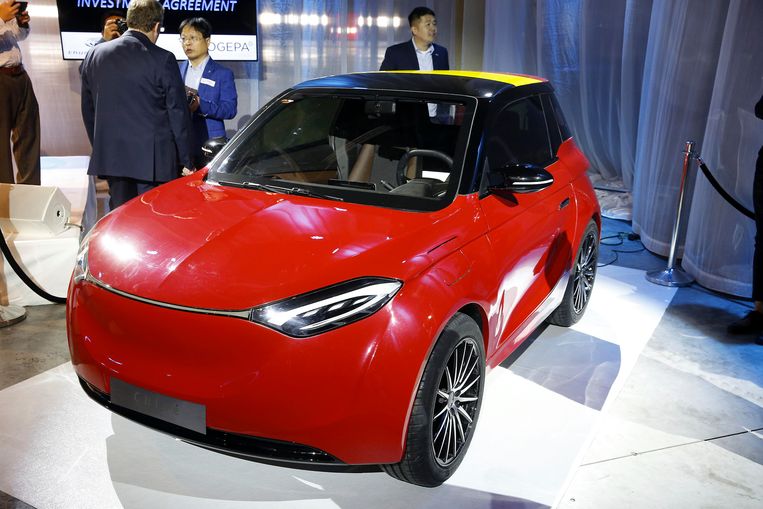 Sogepa, the investment branch of the Walloon Region, is heavily negotiating with Thunder Power. It wants to take risks to start the production of the electric Chloé city car as soon as possible. It will be built on the former Caterpillar site in Gosselies, near Charleroi.
Originally, the plan was to wait for sales results in China, before investing 150 million euros of public money. But now that the project in China has incurred six months delay, Sogepa wants to spend now and start production as soon as possible.

According to the first official information, production would start at the end of 2020. Later, it was said that the plant would be built in 2021. The choice for the small Chloé, rather than the upscale Sedan model, was made because the plant was easier to set up.
The plan was to start production of the Thunder Power Sedan, as well as sales of the Chloé in China. One year later, production in Belgium would begin. This way, the Walloon investment company could see how sales were going before committing 150 million euros of public funds.
But the project incurred six months of delays because of new homologation rules in China. The homologation has restarted now. 24 Thunder Power Sedan models are on the road, and the company has about 10.000 orders. Rather than wait for more solid sales results before investing in production, Sogepa wants to production in Gosselies to start as soon as possible.

Starting Chloé production now represents a risk. If sales are slow, the investment of public funds could go to waste when too little cars are produced to make the project viable. On the other hand, this would mean Thunder Power would take a head-start and gain momentum before other manufacturers market their electric base model.

In the new plan, the 150 million provided by the Sogepa remains unchanged, but 50 million euros would be invested right away. This is also a strategic investment. Thunder Power is gaining more capital in China. Everything has to be done to keep the Chinese from losing sight of its European production in favor of local plans.

Sogepa has negotiated a product change as well. The Chloé model shown at the moment the contract was signed, was a two-seater. To better respond to the European market, a four-seater Chloé will be built in Gosselies. On the other hand, this will increase the estimated base price from 14.000 to 20.000 euros.

At the moment, Thunder Power already has access to the site in Gosselies, which should prove that things are moving along. Ahead of production, preparations for training are ongoing.

It is difficult to say how many jobs the project will create. The original plan was for 350 positions. But since it is not known yet how many Chloé cars will be sold, the initial number will likely be lower. But the Walloon Region wants Thunder Power to build electric motors for other applications in Gosselies as well.

Thunder Power is confident about its Belgian plans. However, several people that follow the Thunder Power dossier are worried about recent developments. Thunder Power’s R&D center in Milan, which was destined to come to Belgium, has been relocated to China. Sogepa, however, still ensures that the R&D center will come to Wallonia. When? That is the 50 million euro  question. 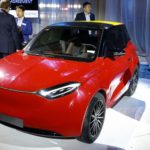