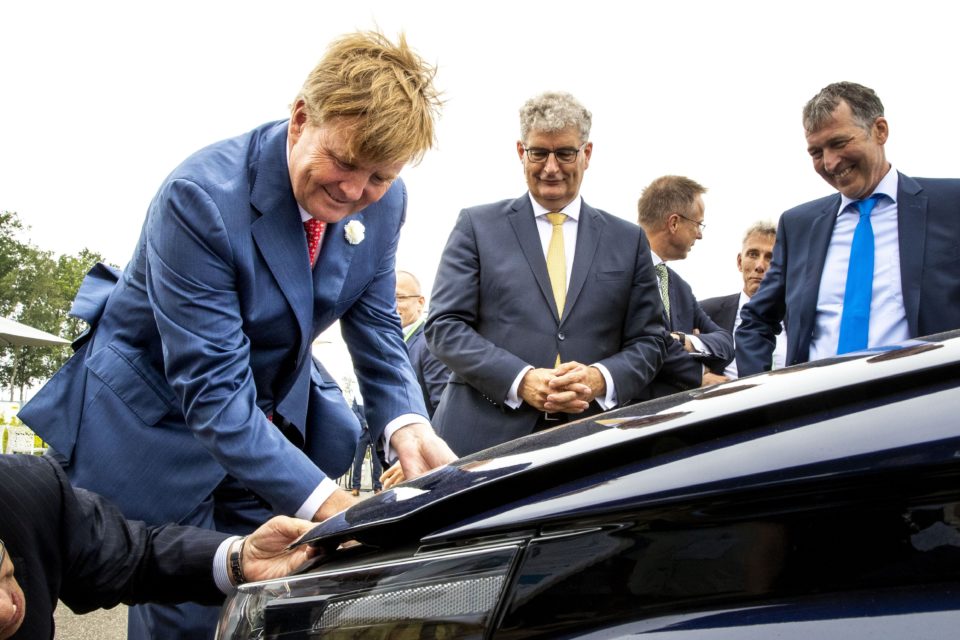 Dutch King Willem-Alexander stands next to a Toyota Mirai hydrogen car, symbol of the energy transition to come, at the opening of the power-to-hydrogen installation HyStock from Gasunie in Veendam, the Netherlands /AFP

On Wednesday, the Dutch gas distribution company, Gasunie, invited King Willem-Alexander to push the start button at HyStock, the first pilot project for power-to-gas storage in the Netherlands. It’s located in Veendam in the northern province of Groningen, the Nederlands’ traditional natural gas supplier that is gearing up for a large-scale hydrogen transition.

HyStock uses 1 MW of ‘green’ electricity of a solar panel field at the EnergyStock site to convert it to hydrogen. The solar park will eventually have some 12.500 solar panels, of which 4.500 are dedicated to HyStock.

The HyStock facility itself looks rather modest, like a container park in miniature. One houses the electrolysis unit, a second one all the electronics needed to monitor the process, and a third the compressor to store the hydrogen in tanks. These storage cylinders are mobile and can be transported to initial end users in the transport sector or the industry.

More than anyone else in Europe, the Dutch are convinced that hydrogen will play a significant role in the energy transition shortly. It’s not a coincidence that this first pilot project is located in Groningen.

Happy as Larry with gas

But today people in Groningen want to get rid of the gas as soon as possible, as houses started cracking everywhere several years ago, due to earthquakes caused by the exploitation of the gas. The Dutch government decided to abandon gas production rapidly and import Russian gas as an alternative, for the time being, to prepare for alternative fuels, like hydrogen.

Now Groningen wants to become a ‘hydrogen economy’. There are wind parks at sea and solar parks at land,p) and a high voltage grid connection with Scandinavia and Germany. HyStock with its 1 MW capacity is only the dawning of the new era, says province deputy, Patrick Brouns.

“Next year there will be hydrogen production sites of 20, 40 and 100 MW. In the next ten years 2,8 billion euros will be invested in hydrogen in Groningen,” Brouns adds. “We can save 15.000 jobs by changing to hydrogen and create even new ones. In our vision, we will be CO2-negative by 2050 and capture CO2 from the air to create ‘green’ plastics.”

With the ’empty’ gas fields, Groningen has another trump card. The underground salt caves – some so big you could hide an Eifel Tower in it – can store hydrogen gas during the winter. Enough to keep the whole of the Netherlands warm for three weeks, experts say.

To switch Dutch households to hydrogen heating instead of natural gas is one of the plans as they stand now. Gasunie’s top man, Han Fennema, wants to use part of the existing gas network for transporting hydrogen in the future.

Backbone network for the country

He wants to use it to create the backbone of a hydrogen network for the entire country. “We can do that for 90% by reusing existing pipelines, the rest we have to build,” Fennema told De Telegraaf. He estimates the costs of such a backbone being one to one and a half billion euros.

His colleague, Director Strategie at Gasunie, Hans Coenen, agrees. “There is a network of 12.000 kilometers of gas pipelines in the Netherlands. This network is worth billions of euros. Let’s keep on using it for sure,” Coenen says in the Dutch newspaper, AD.

Meanwhile, the Netherlands is betting on hydrogen in several different projects. In October last year, the Port of Amsterdam, the chemical company, Nouryon, and Tata Steel Netherlands announced working together in what is called a ‘hydrogen cluster’ to study the building of a 100 MW hydrogen plant in IJmuiden, Europe’s most significant, so far.

A consortium of companies will use discarded gas platforms in the North Sea to convert wind energy into hydrogen. The future of the North Sea as a hydrogen field will begin at the end of this year, the Dutch Ministry of Economic Affairs and Climate announced in February 2019.

After 2030, there will be many more wind farms, and instead of pulling extra-high-voltage power lines to land, hydrogen will be produced at sea that is perfectly suitable for industry, heating, and mobility.

“It is ten times more expensive to transport energy in the form of electricity than in the form of hydrogen,” says René Peters of the Dutch technical research institute TNO. 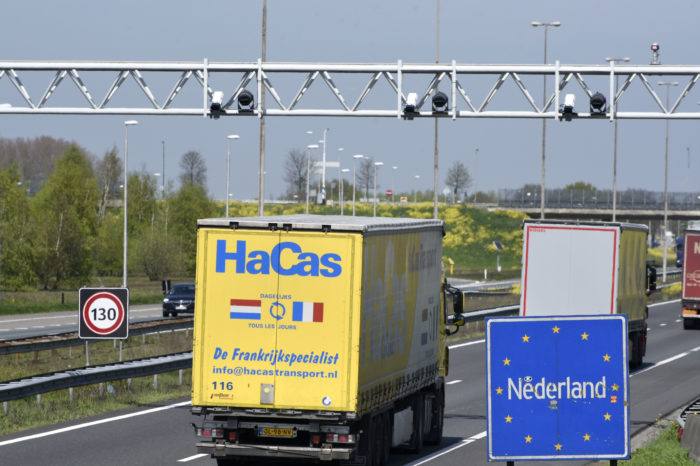 Dutch put kilometer tax back on the table (Update) 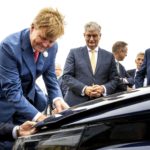