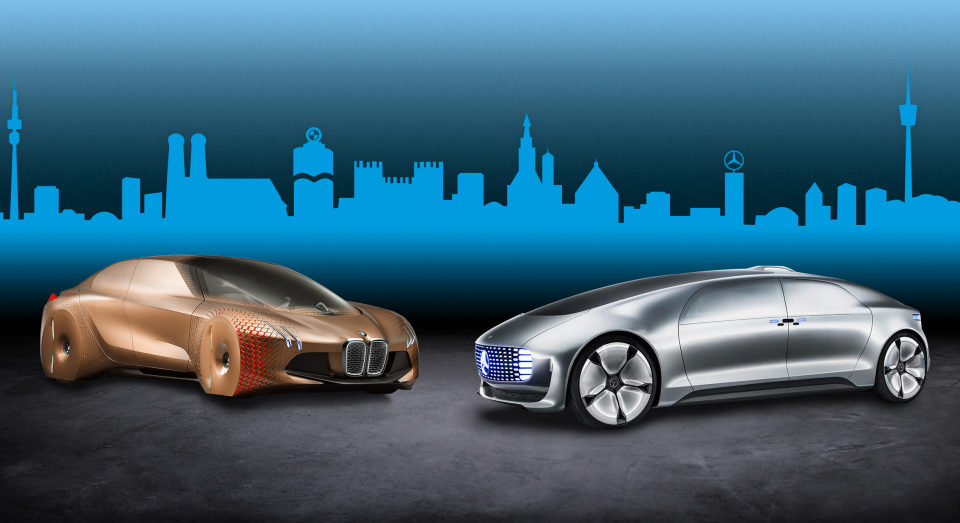 The German carmakers, BMW and Daimler, have put down in writing the intention they announced in February of working together to develop the next scalable platform for autonomous driving up to SAE Level 4. The strategic cooperation is open to “other OEMs and technology partners,” both parties state in a joint press release.

Both carmakers want to implement the jointly developed technology independently in their passenger car models from 2024 on. Some 1.200 engineers will be working on it simultaneously “at the Mercedes-Benz Technology Centre (MTC) in Sindelfingen, the Daimler Testing and Technology Centre in Immendingen, and the BMW Group Autonomous Driving Campus in Unterschleissheim, near Munich.”

We’re not talking Level 5 autonomous driving yet, meaning the car can drive itself anywhere under all conditions. But it will focus on Levels 3 and 4. In the first case, the driver can be forced to take control of the car when driver assistance systems fail.

With Level 4, the intervention by a driver is no longer needed, and the car might even not be equipped with pedals or a steering wheel. Like in the case of local robot taxis that operate in well defined limited environments.

BMW and Daimler aim at a ‘swift market launch of the technology’ within five years. Together with Aptiv, Audi, Baidu, Continental, Fiat Chrysler, HERE, Infineon, Intel, and Volkswagen, both carmakers published on July 2nd a white paper entitled ‘Safety First for Automated Driving.’

According to the press release, the paper “introduces a traceability system, which extends from the primary goal – being safer than the average driver – right down to the individual safety objectives of the various components.”

Early in the next decade, Daimler will launch Level 3 models on the market. This year Daimler will start a pilot program for Level 4 and 5 autonomous vehicles in San Jose, California, together with German Bosch, the world’s biggest automotive supplier. Daimler claims to be the only OEM in the world that can do this for passenger cars as well as for vans, trucks, and buses, which it produces all.

BMW is already working on the technology since 2006. In 2017, it established its Autonomous Driving Campus in Unterschleissheim near Munich (Germany). The (non-exclusive) platform BMW developed with partners foresees scalability from Level 2 to Level 4.

BMW has 70 test cars driving on roads at different places in the world. In 2021, BMW will implement Level 3 technology in series production in its iNEXT model, which will also be Level 4 enabled for test projects.

The new agreement is the next milestone in both rivals working more and more together while keeping both their distinct identity for now. In February, BMW and Daimler announced an investment of one billion euros in their merged mobility services to start.

One month later, news broke that Daimler and BMW are also going to develop the next generation of electric cars on a common platform. The Züddeutsche Zeitung quoted sources that confirm both competitors are talking seriously. A collaboration that could save them 8 billion euros.

Both German carmakers are thinking about a common platform for their entry and middle-class cars. “Honestly, we don’t see another alternative,” an anonymous BMW manager confided the newspaper’s journalist. 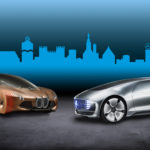