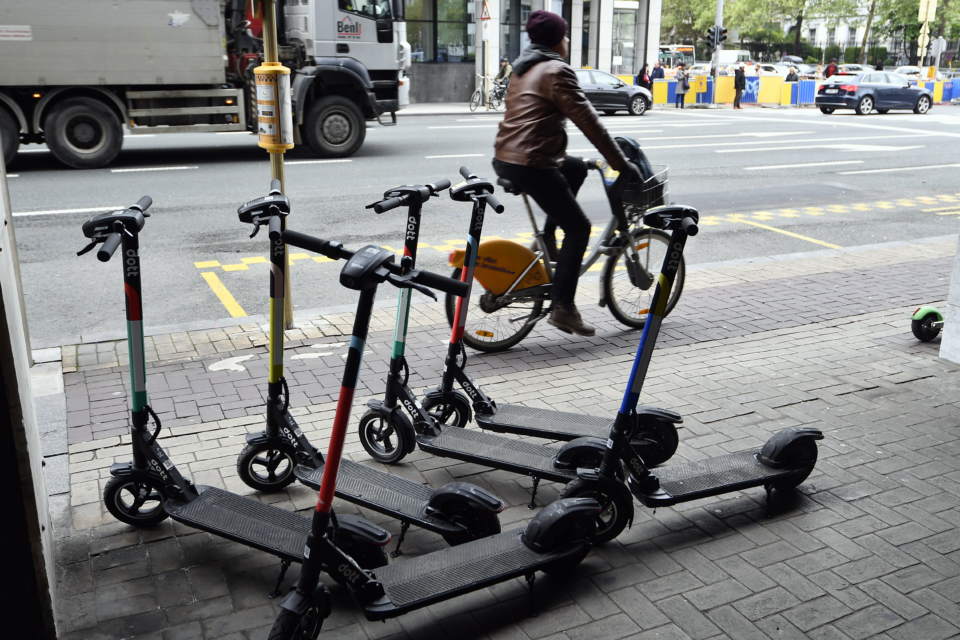 The e-scooter market in Brussels is booming, and big questions are being asked about the sustainability of that growth / Belga

The market for e-scooter sharing is booming in Brussels, and important questions are being asked about the sustainability of this growth. There is no limit on the number of providers or the number of e-scooters. Moreover, companies do not have to pay anything for a permit. This may change in the future.

Today, five suppliers of e-scooters are active in the Belgian capital. Together they store some 5.000 steps in the streets of Brussels. Soon two new providers will be added: Uber, which is already present in Brussels with e-bikes under the name Jump, and Wind, a Berlin-based mobility start-up. This increases the capacity to 7.500 e-scooters.

The investment of 30 million that the French-Dutch start-up Dott has raised is not even taken into account. Dott is already present in Brussels, Paris, Lyon, and Milan with its e-scooters. With this fundraising, the company will offer a new generation of e-scooters and, above all, they are going to launch a fleet of bicycles in the cities where it already operates.

From American to Swedish players

But Poppy is also going to invest heavily: it will soon quadruple its offer to 800. And then there are the 500 planned e-scooters of Wind, one of the new players on the Brussels market. The Swedish start-up VOI Technology is also expected to launch its e-scooters in Belgium this summer.

In the shadow of all the international players and industry giants, such as Uber, the only local company active in Brussels is Billy Bike, even if it is in the market of bicycle sharing.  The young Brussels company is renewing its fleet and doubling its capacity to 300 bicycles.

The new fleet offers smaller and lighter bicycles, partly to facilitate their use by women who are under-represented among Brussels cyclists. The start-up with the blue wheels has succeeded, for the time being, in standing up to its international competitors thanks to an attractive price and a strong Brussels base.

The unbridled situation in Brussels is striking anyway. In England and the Netherlands, e-scooters are banned, and in Paris, they are being regulated more and more strictly. Except for Antwerp, Ghent, and Liège (where a stricter policy is pursued), the Flemish and Walloon cities, such as Ostend, De Haan, and Namur, are only cautiously taking steps toward an offer of e-scooters.

Thursday, for example, Mechelen started a pilot project, in which some 100 e-scooters circulate in the city free of charge until the end of September. And in the student city of Louvain, there is not even an offer yet.

No matter how successful the e-scooters in the capital are, they still have a bad image. Users leave them lying around on the pavement. Many residents experience this as a nuisance. Since February 1st, a new ordinance has therefore been in force for so-called shared two-wheelers, to prevent each municipality from introducing its regulations. “The region wanted to offer security to companies,” says the spokesperson for Brussels Minister for Mobility, Pascal Smet (sp.a).

Now providers have to apply for a permit. They must also provide at least 50 e-scooters, which must be powered by green energy and may not be powered by a motor. Anyone who meets these conditions will receive a permit for three years. Providers who want to increase the number of e-steps only need to go through a single administrative procedure.

Nevertheless, the Brussels ordinance offers the possibility of more regulation. Rules on nuisance, such as parking faults, are already in the making. Also, certain zones can be delimited where only a restricted number of e-scooters are allowed. In the long run, a fee may also be requested for the permit. “It is up to the next Brussels government to decide whether this will happen,” says the spokesperson for Pascal Smet.

Public transport does not work optimally

“Brussels is more popular than other cities because it is an open market with little regulation,” says Valentin Haarscher, CEO of Poppy. “Moreover, Brussels is an attractive brand for international providers, there is a lot of tourism, and public transport is not working optimally,” concludes Wouter Moekotte of Zero e-scooter. 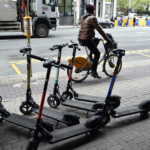