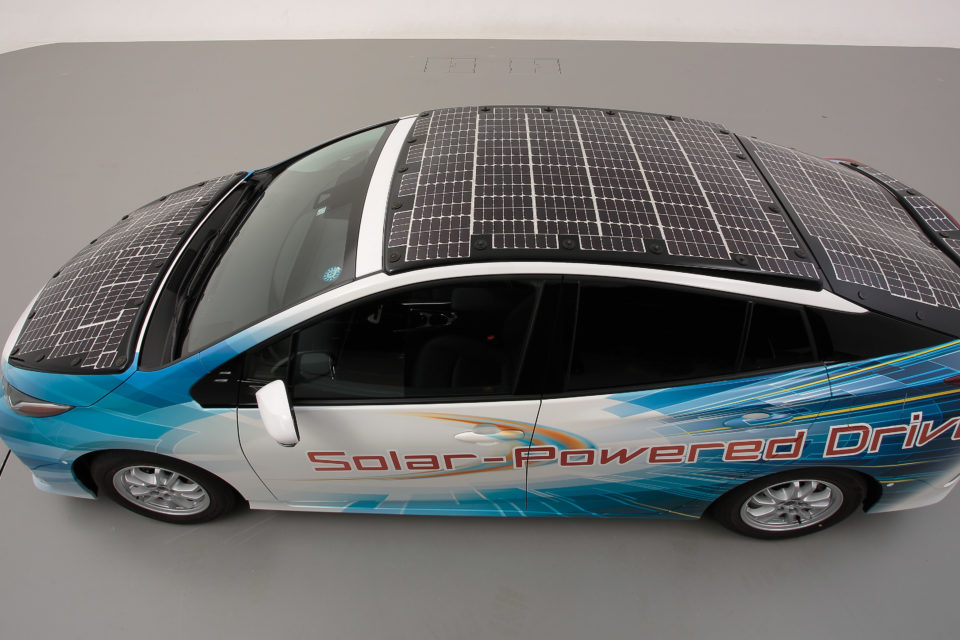 Toyota Motor Corporation, NEDO and Sharp Corporation are going to test the potential of solar panels on electric vehicles jointly. Tests start this month. They have to show if solar panels can increase the electric range and decrease the consumption of hybrids.

The vehicle to be used as a test car is a genuine Toyota Prius plug-in, as launched in 2016. At that time it was already available (as an option) with a solar panel on the roof to aliment electrical consumers such as air conditioning and others.

On the prototype Prius, not only the roof but also the hood and the boot lid are covered with a new type of panel. They have a power return of 34%, whereas standard panels turn around 23%. The panels consist of a 0,03 mm thick foil which can be curved around body panels.

The whole system can produce an energy output of 860 Watt max, 4,8 times more than the regular solar panel available on the production car. The prototype has a more powerful engine line-up and a system that loads the battery while driving or parking.

The car will be tested in Tokyo and different other locations in Japan. Toyota wants to know the potential of solar panels in vehicles. It shares the results with its partners NEDO and Sharp. The target is to create a market for solar power systems for automotive purposes. 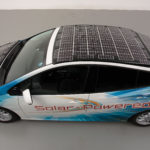