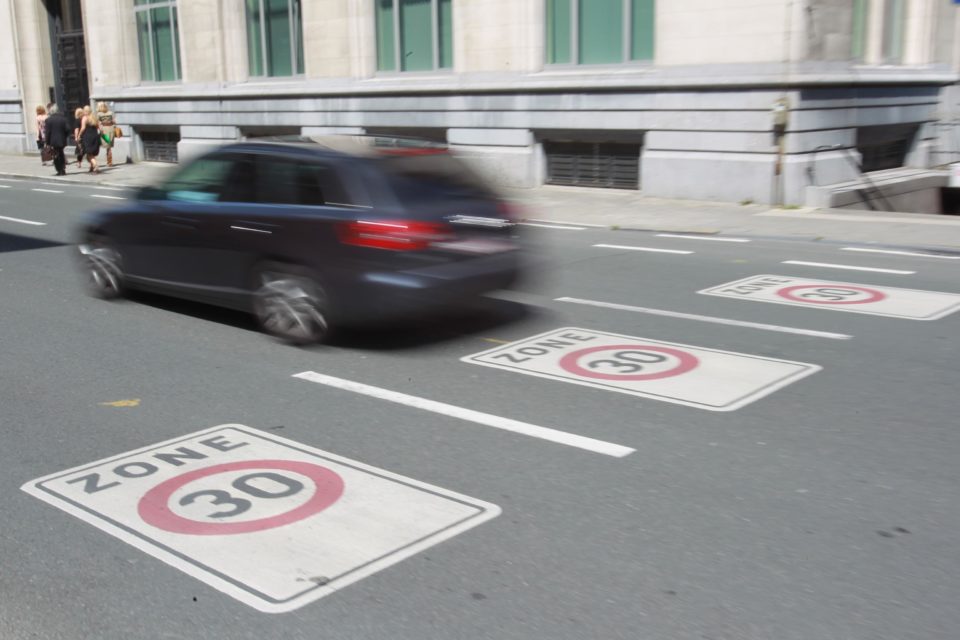 According to experts, driving at 30 kph reduces the risks of deadly accidents in addition to reducing pollution and noise /Belga

The Brussels’ majority that is negotiating for the future government advocates to generalize the 30 kph speed limit in the entire Region by 2021. All roads will be concerned except the structuring axis, such as the small and great ring roads. The majority notes the increase in safety and reduction in noise as the main benefits. Mobility Minister, François Bellot (MR), tweeted it would only increase pollution.

Brussels future government wants to make an example of the Belgian capital city with new measures aiming at reducing the modal share of cars and stimulating what they call ‘active mobility’. To that purpose, the Metro 3 line has been confirmed, according to plan. It should be completed by 2030.

The tram extension toward the Heysel should also happen before 2021. Connexions with Neder-Over-Heembeek and Tour & Taxi will be done by 2024. A bunch of bus lines will also be transformed into tram lines. The six major parties also confirm the complete diesel ban for 2030.

In addition to all the measures mentioned above, and the ones already being discussed for some time, the speed limit reduction is put back on the table. Brussels’ majority (PS, Ecolo, Défi, SP.A, Open VLD, and Groen) wants to reduce the speed limit from 50 to 30 kph in the entire Region, except for some structuring roads, by 2021. That measure is already part of the Good Move plan (2025).

“The generalization of the 30 kph speed limit is an irreversible tendency. Skeptics and those who don’t jump aboard the train will pay for the consequences,” declares Benîot Godard, spokesperson of VIAS.

The VIAS institute details the safety increase of a speed reduction. According to its (very) conservative numbers, a vehicle traveling at 50 kph will take 27,7 meters to stop, whereas one driving at 30 kph will only require 13,3 meters.

“Even a slight reduction of speed drastically reduced the consequences of an accident,” adds VIAS. In case of an impact at 50 kph, a pedestrian has an 80% risk of dying. At 30 kph, that risk stands at 10%.

Already half of Brussels’ streets are limited at 30 kph, and citizens should welcome the new measure with open arms. According to a 2018 VIAS poll, 85% of them are happy about the low-speed limit for safety and noise-related reasons. Six out of ten Belgians are said to be favorable to 30 kph zones in all city centers.

But, the change won’t happen overnight. Brussels Mobility notes that the speed reduction is already part of the Good Move plan for 2025. It’s also accompanied by a traffic sign adaptation and specifically designed infrastructure. “It will require important police resources to control the speed,” adds the government entity.

In addition to that, there remains the question of credibility. Hoping that motorists will respect the speed limit won’t do. The Brussels Pentagon is a good example. The limit is set at 30 kph, but there is no specific road development or sanctioning.

In a tweet published on Sunday, Federal Mobility Minister, François Bellot (MR), criticized the measure. He pointed out that driving at 30 kph is more polluting than driving at 50 kph. And he’s not wrong. It has been proven that at a continuous average speed of 30 kph, a car pollutes more.

However, according to Mathieu Chassignet, an expert at Ademe (French Environment and Energy Agency), the average speed should be taken into account alone. “Driving at 30 kph reduces the acceleration and deceleration cycles. The consequence is a reduction in fuel consumption and thus pollution,” he explains. Plus, the new speed limit will induce a noise reduction of 3 to 4 decibels or half of the volume of an average road. 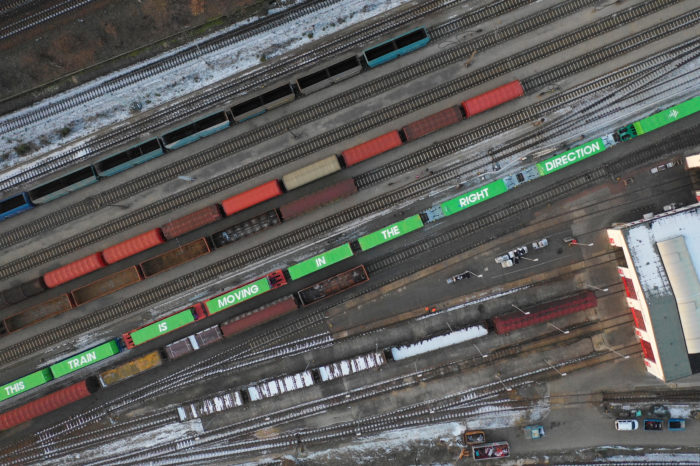 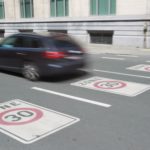