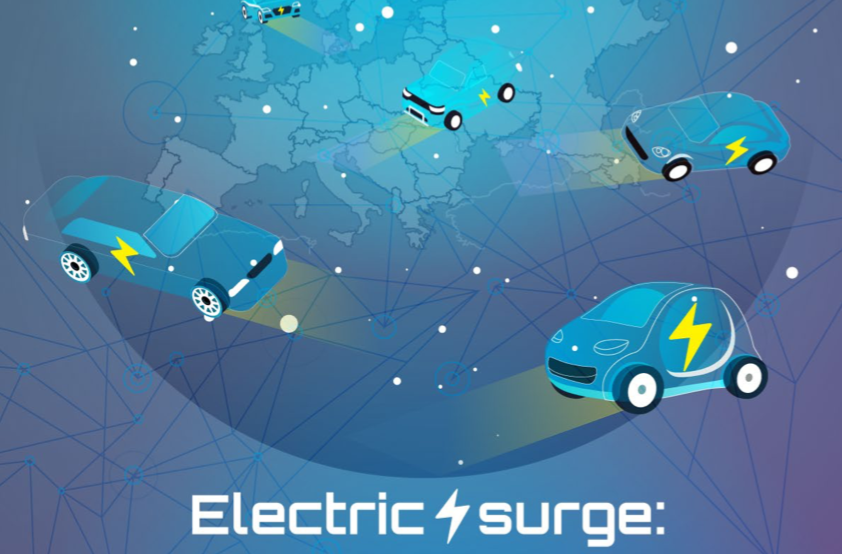 Production to multiply by six

The report, released on Thursday, predicts the production of electric cars to multiply six-fold between 2019 and 2025, reaching more than 4 million EVs, being more than 20% of the EU car production volumes.

And the good news is that T&E expects there will be enough production capacity in Europe too, to have enough batteries to power this fleet of electric cars.  “Provided the current plans are delivered,” the report adds.

“Currently, at least 16 large-scale lithium-ion battery cell manufacturing facilities exist or are likely to come online across Europe. The confirmed plans alone will deliver up to 131 GWh of battery production capacity in 2023 (growing to 274 GWh in 2028).”

“The 2023 demand needed to electrify vehicles (cars, vans, buses, and trucks) and for stationary storage, batteries is estimated by T&E at around 130 GWh, or within the planned capacity provided it comes online on schedule.”

The European car industry is ramping up the development of the electric car, feeling hunted by the EU that is threatening with monster fines if they don’t achieve the goal of 95 grams per kilometer CO2 as an average for the whole brand fleet sold by the end of 2020.

Next year, already 176 models will be available, with the Volkswagen Group delivering the lion’s share, 35 announced. It’s interesting to see the differences between the different car brands with Daimler following with 19 models, and PSA with 17.

The rest is following at close distance with Hyundai-Kia (16), BMW (15), and Renault-Nissan-Mitsubishi, Volvo/Geely and FCA with 13 each.

The latter is ‘cheating somehow’, as it became clear in April that Fiat-Chrysler (FCA) had made a deal with Tesla to ‘pool’, so the electric cars of the American electric car manufacturer will be counted as CO2 credits in the FCA fleet. A trick to win time to expand to 18 electrified models in 2021.

The rest of the pack tries to keep up more or less with Jaguar Land Rover (JLR) doing its best with nine models and others missing the boat with Honda (2) and Ford only four. That’s less than Tesla, which will have five models by then. According to T&E, Ford foresees ten electric models by 2025, compared to 78 for the Volkswagen Group, for instance.

But that’s precisely why Ford announced lately to partner with Volkswagen for the further development of electric and autonomous cars. On the electrification side of the equation, Volkswagen is the company with the lead. It had already announced that it wished to share the technology of its dedicated electric platform (MEB) with others, even outside the VW Group.

Ford is one of the first to react to this. It is going to use the MEB platform for its own electric car(s) in Europe. The vehicle(s) will be further developed in Ford’s Merkenich R&D center (near Cologne, Germany). The car(s) should be on the road in 2023. The objective is to sell 600.000 cars already before 2025, maybe with (ten ?) different models.

American news and analysis agency, Bloomberg, is projecting some numbers for the global market at the same time as T&E, giving an even more rosy picture. It predicts in 2040 some 56 million electric cars will be sold per year worldwide, being more than conventional vehicles with an internal combustion engine (ICE).

In total, Bloomberg counts on a worldwide EV fleet of 550 million, while the oil industry with British BP, for instance, and the OPEC are predicting it will only be 300 million.

A critical ‘motor’ for the expansion of the electric car will be the prices of batteries dropping with a factor six over nine years. Consumers will be more and more aware of the cost-effectiveness of electric vehicles with far fewer parts and maintenance requirements, and governments will push them with subsidies. Bloomberg expects car-sharing platforms to go massively for the electric car with 8 of 10 vehicles being an EV by 2040. 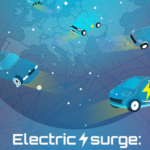