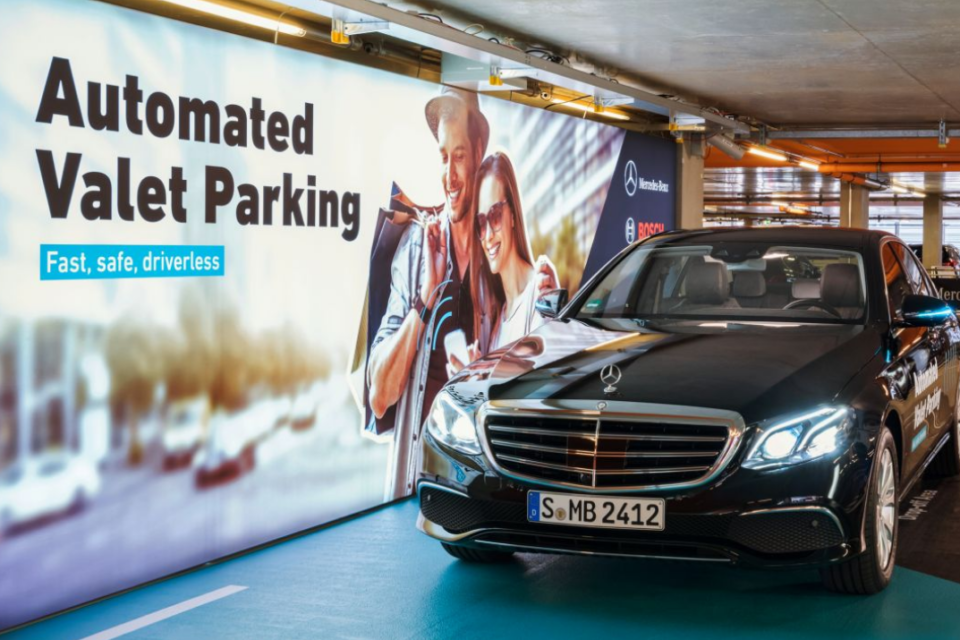 Daimler and Bosch showed the capabilities of fully automated valet parking already in 2017 in the Mercedes-Benz Museum’s parking building. It now has official approval to do this completely without a driver aboard /Daimler

German carmaker Daimler and automotive supplier Bosch have got the official approval of the Baden-Württemberg authorities to roll out fully autonomous valet parking at the Mercedes-Benz Museum’s multi-story parking building in Stuttgart.

The green light from the German authorities, following an assessment by the technical inspection service TÜV Rheinland, is a milestone, the companies claim. It is the first fully automated driverless system of Level 4, which has been approved for everyday use.

Both companies showed the capabilities of the system already in July 2017, but until now a human driver was required by the authorities to intervene if necessary. That is no longer the case.

With the system you leave your car at the drop-off zone in the parking building, step out, and give the vehicle the order to find a parking space on its own with your smartphone. The car, which knows where to find a free spot by communicating with the building’s infrastructure, developed by Bosch, drives entirely driverless to the parking space and waits for the sign of coming back.

Like with ‘human valet parking,’ when you come back, you simply ask the car by smartphone to pick you up at the drop-off zone, and it drives back to you, avoiding any possible dangers like people crossing or a car backing up suddenly.

“This approval from the Baden-Württemberg authorities sets a precedent for obtaining approval in the future for the parking service in parking garages around the world,” says Dr. Michael Hafner, head of automated driving at Daimler on the company’s site. “As a pioneer in automated driving, our project paves the way for automated valet parking to go into mass production in the future.”

Automated parking like this could enable to store 20% more cars in the same parking space in the future. Because there is no need to open car doors to get passengers out at the parking spot, cars can be parked within centimeters to each other or on places in the future where no humans have to come, like ‘parking racks’ for instance.

Daimler and Bosch are preparing now to bring the technology into serial production. For the time being the fully automated valet parking is only possible with specially equipped Mercedes cars.  In the test turquoise lighting on the car is used to indicate to people in the garage building that the car is in fully automated driving mode.

Others going the same path

Bosch and Daimler aren’t the only players to work on this kind of fully automated parking. French automotive supplier Valeo also demonstrated in 2017 already its upgraded Park4U® system in combination with Cisco Parking Controller technology for parking buildings.

Volkswagen did the same in April 2018 – experimenting with fully autonomous parking – at the Hamburg airport in Germany. A VW Passat, an Audi Q7 and a Porsche Panamera were used for this.

The test cars move along at 10 kph maximum in an ‘exclusive’ environment without other traffic in a closed section of the parking building. The next phase is to do this in a mixed environment with other users of the parking and to anticipate all possible unexpected scenarios. VW would like to introduce the technology from 2020 it said at that time.

Tesla is probably one of the closest to have a similar feature in all its cars shortly, as CEO Elon Musk announced in June this year the third version of ‘Enhanced Summon,’ the next step in having your Tesla park itself in narrow parking spots. And he said he was testing it personally.

The current version of Summon utilizes the car’s ultrasonic sensors to move forward and backward in a straight line of maximum 13 meters, whereas the next generation uses the Autopilot’s cameras to let the car drive itself to a destination up to 30 meters, taking curves. The car should also ‘read’ parking signs to determine whether a parking spot is valid to be used or not.

To have the Tesla car drive in a multi-story parking building on its own and look for an empty place like the Mercedes does in Stuttgart, seems rather too complicated today without proper communication infrastructure with the building itself. It would require better trained artificial intelligence at least and a hardware update of the Tesla cars. 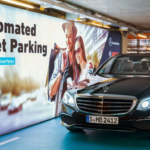