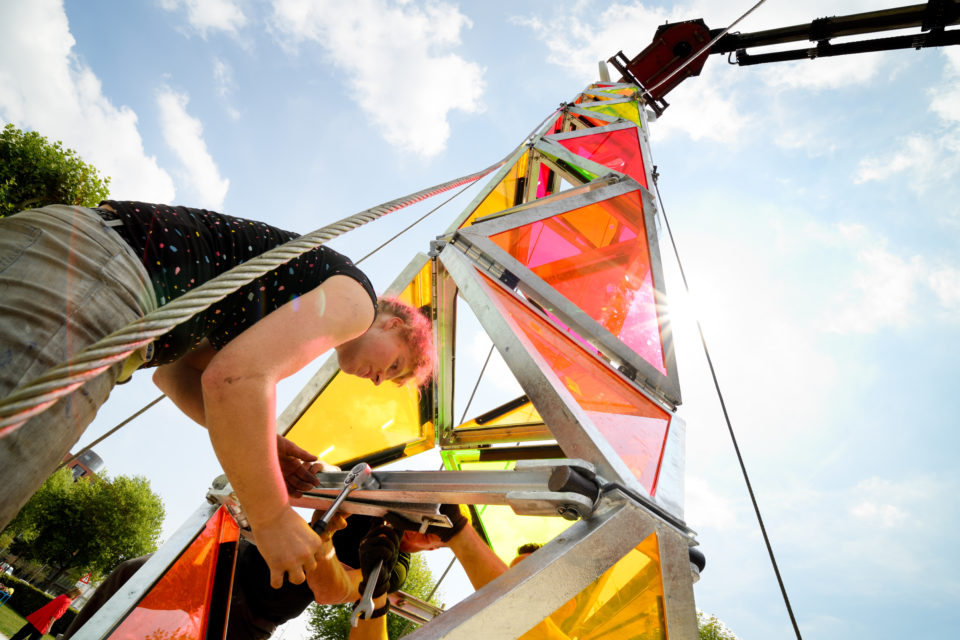 The Pukkelpop festival in Belgium has a first. The Hasselt festival will draw part of its power from the very first Green Energy Mill (GEM), a sustainable, collapsible energy tower designed by researchers from the Dutch Technical University of Eindhoven.

The GEM Tower, a giant 20-meter-high tower reminiscent of a mini Eiffel Tower, was mechanically tested for the first time on Monday. The energy tower consists of a base of 8 meters in diameter with a height of 22 meters.

The construction includes a 700-kilogram wind turbine and triangular solar panels that can take on all the colors of the rainbow. The tower had to protrude at least 20 meters above the ground because at lower altitudes the wind is not strong enough to generate energy.

The Mill is intended to be an alternative to the smelly and noisy diesel generators, which are currently being used at major events to make up for the lack of electricity. If all festivals in the Netherlands were able to reduce their diesel consumption by 10%, this would save a million liters of diesel per year and 3.000 tons of CO2 emissions.

At Camping Comfy, where an estimated 1.200 festival participants will spend the night, a prototype of the GEM Tower will be used. Half of them have electricity in the accommodation where they stay.

“It’s an experiment,” Pukkelpop spokesman Frederik Luyten stresses. “After the festival, we will evaluate this. In addition to the GEM Tower, classic diesel generators will also provide the necessary power on other Pukkelpop locations.

Architect Faas Moonen, the inventor of the Green Energy Mill, wants to provide complete festivals with sustainable energy. “Ultimately, a whole group of towers will have to travel around the European festivals, providing them with 100% renewable energy,” he explains.

The full development and construction of the GEM Tower cost some 3,8 million euros, 60% of which was covered by European subsidies. “We had to find a balance between our desire to generate as much energy as possible, designing a beautiful eye-catcher, and ensuring safety,” Moonen concludes. 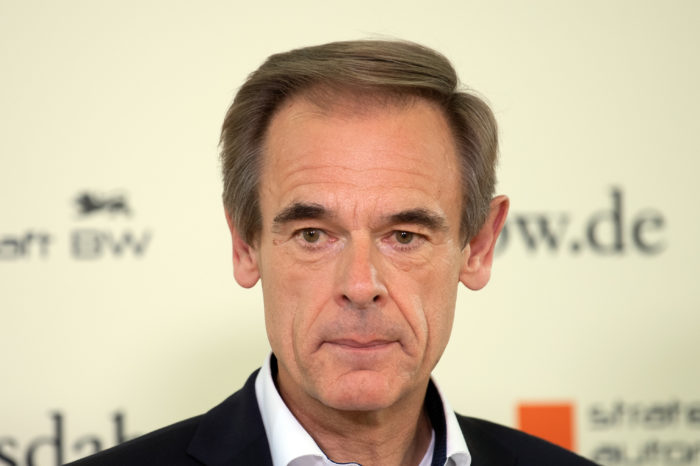 Bosch fears loss of thousands of jobs because of diesel crisis 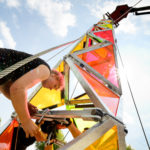