At the TEDxDelft Talks in 2012, Dutch biomechanical researcher, Arend Schwab, already explained the principle of a self-balancing bicycle without the need of a gyroscope. After 15 years of studying, the concept is ready for mass production, he believes /TEDxDelft

After prototypes of motorbikes that can’t fall over emerging as early as 2012, the self-balancing electric bicycle is becoming a reality in the Netherlands. At his bicycle dynamics lab at the Technical University of Delft, Arend Schwab created a prototype together with the Netherlands’ biggest bicycle maker Koninklijke Gazelle.

It looks pretty much like a ‘normal’ e-bike but has a noticeable thicker steering column. It houses a little electric motor that can help to ‘steer’ the bicycle and keep it upright the moment it reaches a speed of 4 km/hour.

It somehow feels like a car with active lane-keeping assistance that steers the car between the lines and even resists when you try to cross the lines without using the direction indicator. It’s taking some time getting used to it, the journalist of FD says, but after all, it feels like a very comfortable e-bike.

The principle of a self-balancing two-wheeler isn’t new, as San Francisco-based start-up, Lit Motors, announced already in 2012 an electric motorbike with protective bodywork, called C-1, that did the trick. It uses two single-gimbal control moment gyroscopes to keep it upright. It can’t even be brought down when hit sideways by a car.

Announced to be production-ready ‘soon’ in 2016 at a selling price of 24.000 dollars, Lit Motors never actually found the money to build it for the market and it remains ‘deafening silent’ ever since. At the same time, renowned motorcycle manufacturers, like BMW and Honda, showed prototypes of self-balancing motorbikes.

The system Honda used for its Riding Assist comes close to what biomechanical engineer Arend Schwab is doing with the bicycle in his lab at the TU Delft. It uses no gyroscopes but does corrections with a steer-by-wire system to the handlebar of the motorcycle to keep it in balance.

Integrating these systems in a 200 kg motorbike is less challenging than doing that in an electric bicycle. Schwab uses a sensor to measure when the bike loses balance and a processor steering the electric motor at the handlebar. Already in 2012, he explained in the video of the TEDxDelft Talks how the principle works.

The biggest challenge is to predict how a cyclist is using his intuition and reflexes frequently to keep upright and how to mimic that behavior, Schwab explains. After 15 years of studying the bicycle dynamics, he believes the prototype is ready to be picked up for mass production by Gazelle.

Maarten Pelgrim, innovation manager at Gazelle, believes in Schwab’s bicycle, as the safety of e-bikes is a growing concern. Especially for older people who tend to have slower reflexes and can get hurt more easily on electric bikes.

But it doesn’t mean the ‘self-balancing’ e-bike is ready for the market. “The motor has to be incorporated neatly in a model first, and government instances have to give the green light to use it,” Pelgrim says. But eventually, the question is whether people will accept the ‘feeling’ of no longer controlling their steering 100% themselves.

Acceptance of new technology is a significant issue for the bicycle that saw its design hardly change in 130 years after its invention. It was only in 2007 with the introduction of the e-bike a new world started to open up for bicycle makers. Today, more than 60% of bicycles sold in countries, like the Netherlands and Belgium, are e-bikes.

Saddle moving up and down

Other innovations likely to emerge on the e-bikes of the future are things like a ‘moving saddle’, developed by biomedical technologist Vera Bulsink at the Twente University. She researched the difference between younger and older cyclists and came up with a solution for the imbalance when stopping.

A saddle lowering itself when slowing down makes putting your feet on the ground easier when stopping. When speeding up the seat moves up again, making pedaling less strenuous. A prototype was built, looking like a perfectly normal e-bike, but so far bicycle manufacturers didn’t pick up the idea yet.

What’s likely to become more mainstream soon, is the e-bike ABS German automotive supplier Bosch has developed after it did this for motorbikes. Since the end of 2018, it is already integrated into several e-bikes on the market. 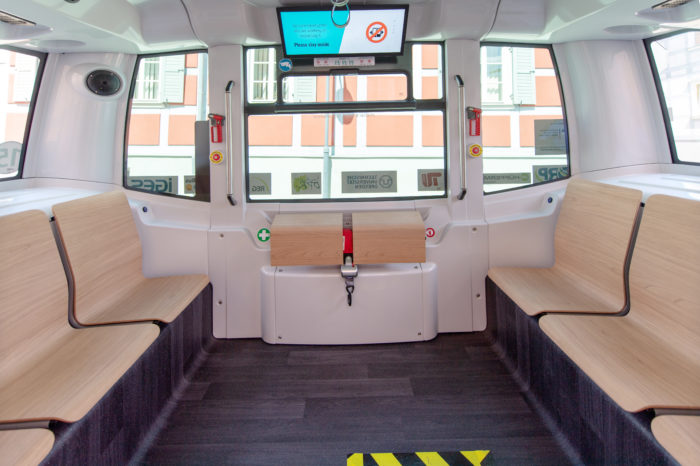 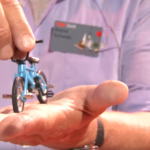