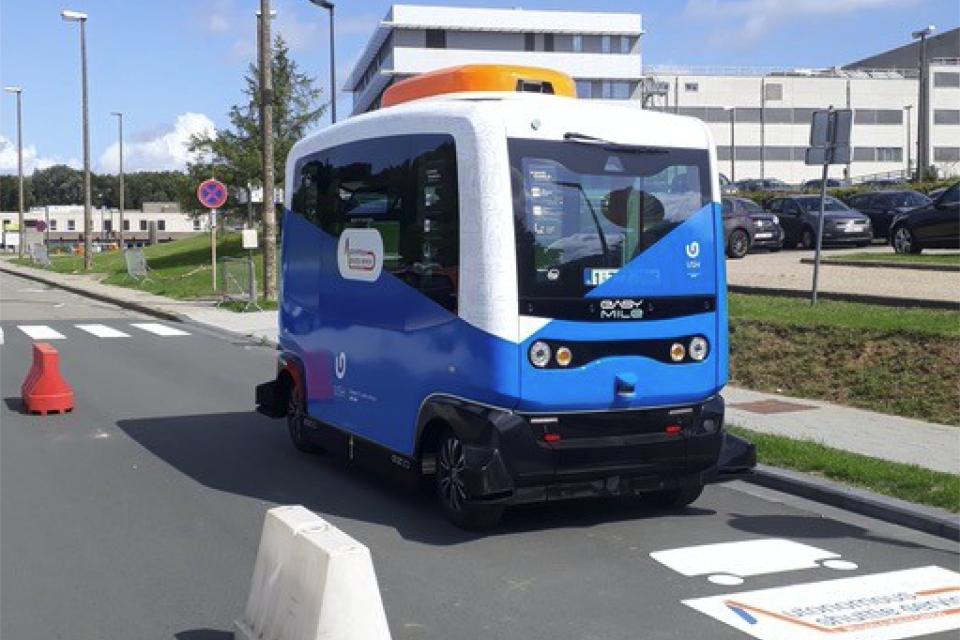 The French EZ10 autonomous shuttle from EasyMile will run on the campus and the hospital site of the Brussels’ university in Jette for six months in an elaborate research project in which students, staff and visitors will participate /VUB-ULB

On Friday, researchers of the Brussels free universities, VUB and ULB, are launching an elaborate testing program with an autonomous shuttle on their Health Campus in Jette (Brussels). During six months, the man/machine relation will be the focus of the project with students and university personnel, but also with the visitors of the hospital participating.

The project is part of the (Europe-wide) research into autonomous vehicles by the VUB’s MOBI team of professors Joeri Van Mierlo and Cathy Macharis and the ULB’s LOUIZE research group. The latter will bring in its expertise in environmental planning linked to self-driving vehicles, like the stopping places, among others.

Project promotor professor Lieselot Vanhaverbeke sees in the location in Jette the ideal proving ground, as the 32 ha campus houses not only part of the university and the university hospital with thousands of students and 5.000 staff.

It also accommodates the Erasmus College, an elementary school, a fitness center, and a daycare. “It makes the site perfectly suited for researching how people with different moving patterns accept new transport modes.”

The autonomous shuttle bus that was selected is the EZ10 from French manufacturer EasyMile SAS, a joint-venture between micro-car builder Ligier and robotics specialist Robosoft.

The first EZ10 robot shuttle left the Ligier factory in September 2014 and was deployed on test in 55 sites worldwide. It is currently in use in 25 countries on both private and public roads. EasyMiles claims the EZ10 to be the first autonomous shuttle to be allowed in mixed traffic in France, Norway, Australia, Japan, and California (US).

The four-meter long minibus can transport twelve people, six seated and six standing and has an automated access platform for disabled people with wheelchairs. The vehicle has four battery packs totaling 30.72 kWh, which provides an average autonomy of 16 hours. Charging takes 6 hours.

The battery-electric vehicle (BEV) has a top speed of 45 km/hour but will keep to an average speed of 10 to 15 km/hour on the campus. Although capable of driving a predefined route fully autonomous after it was ‘shown’ by a human driver, an ‘operator’ will be present at all times to intervene when necessary.

The EZ10 has a full range of sensors with LIDAR (Laser Detection And Ranging), cameras, radar, differential GPS, an Inertial Measurement Unit (IMU) and uses odometry to make a 360-degree picture of its environment with infrastructure, people and other vehicles. It can communicate if necessary with both the infrastructure and a supervision center over a 4G data link.

Supervision, maintenance, and the leasing of the vehicle will be cared for by Ush, daughter of D’Ieteren’s Lab Box and Belgium’s first provider of autonomous mobility.

In the first phase of the test program, the shuttle will be used by students and staff of the university on a three-minute ride between the student’s accommodations and the building of the faculty of Medicine and Pharmacy.

From October on, the shuttle will connect the main entrance of the hospital with the essential parking lots in a one-kilometer long trajectory including public roads. 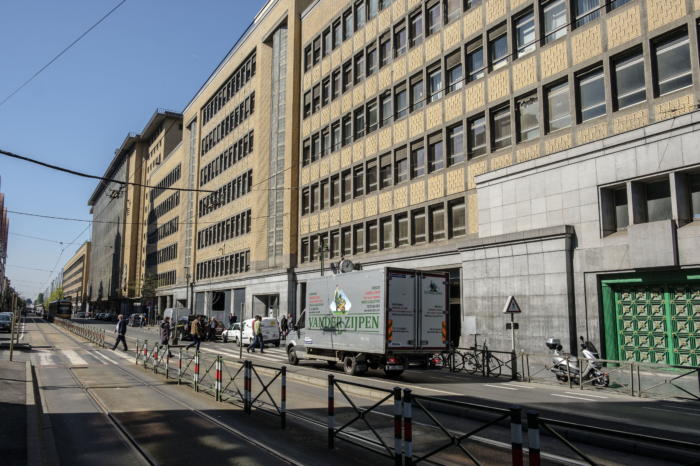 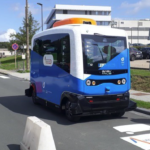