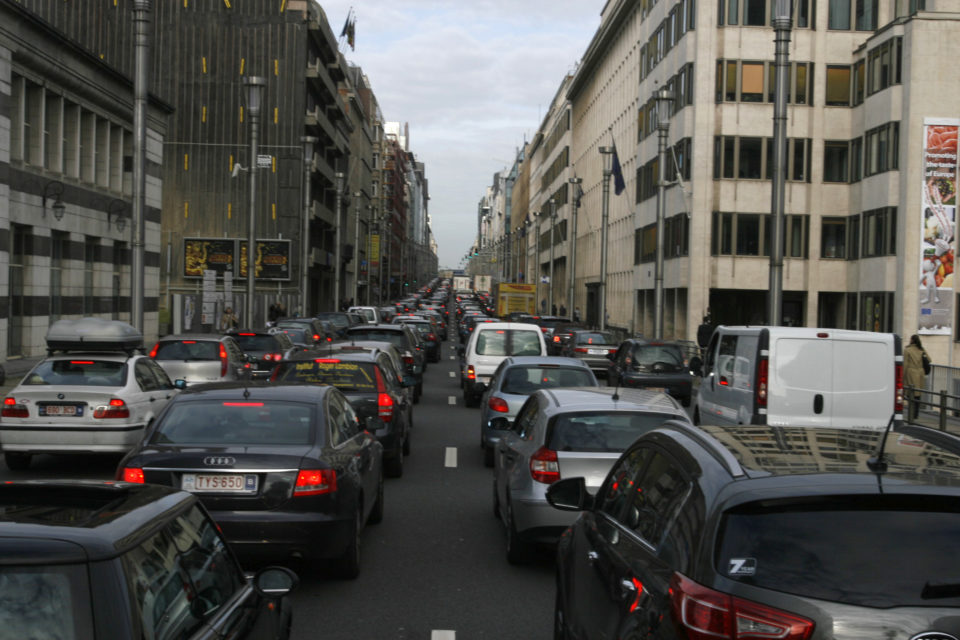 Every day, a lot of commuters come by car to the center of Brussels. Smart road-pricing could spread their arrival and avoid huge congestion problems /Belga

Transport economists Bruno De Borger (University of Antwerp) and Stef Proost (University of Louvain) plead for ‘supersmart’ road-pricing. With a road tax varying every 5 minutes you can spread traffic so efficiently that congestion disappears.

“The departing times of the road users/commuters will be spread throughout a larger time frame, and traffic jams will disappear,” says Stef Proost. “If we do this the clever way, we don’t even need a big shift toward public transport.”

The researchers have elaborated a theoretical model focusing on people commuting by car from Louvain to Brussels. Their arrival time varies between 7h10 and  9h10 a.m. Logically the earliest and the latest departers have almost no delay. But in between, the one who wants to arrive at 8h30 a.m. loses 53 minutes.

“By applying a road toll that varies during the entire peak traffic period, we stimulate people to change their departing time,” Proost continues. “Ideally, the price changes every five minutes. The commuter who wants to arrive punctually at 8h30 a.m. pays the most: 6,66 euros. Arriving earlier or later costs less. The average cost is 3,33 euros.”

Critics argue that it is not so evident that people will let themselves be steered by the tax. And what about the social acceptability? Maybe it’s the poorer commuter who has to arrive on time and pay the most?

The researchers reply that it’s not automatically the commuter who pays the bill. The advantage of having a non-stressed employee on time at his work may be worth the investment for the employer.

For the moment, it’s not obvious that systems like these will be applied soon.  Flemish politicians, in particular, have cold feet about road-pricing after what happened just before the elections in May.

The Flemish CD&V party is putting road-pricing carefully on the agenda again but doesn’t want to push. They are talking about road-pricing for vans (e-delivery) and trucks first and maybe, in five years, for cars.

Just yesterday, the car importers federation Febiac calculated that the new WLTP emission rules could cost the Belgian consumer twice as much to register his vehicle. Immediately the president of the most important Flemish party, the N-VA, reacted. He said that changes to car taxing in the next legislative period would stay ‘budget-neutral’ for the customer.

The social cost of traffic jams, commuter stress, and health toll still have to become a lot higher before the politicians are ready to react. 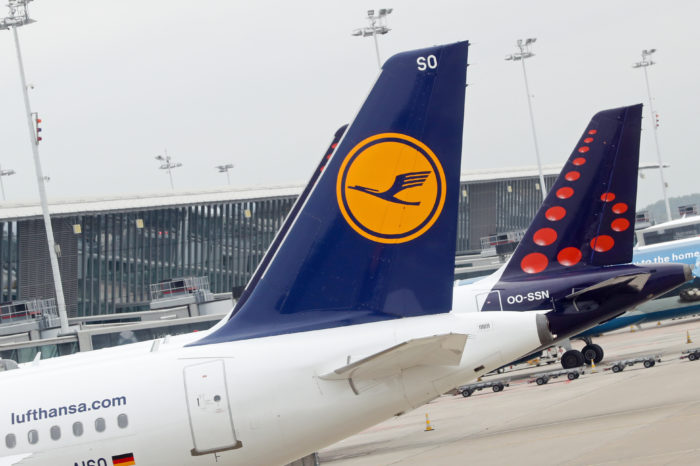 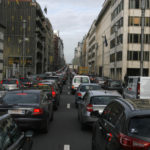