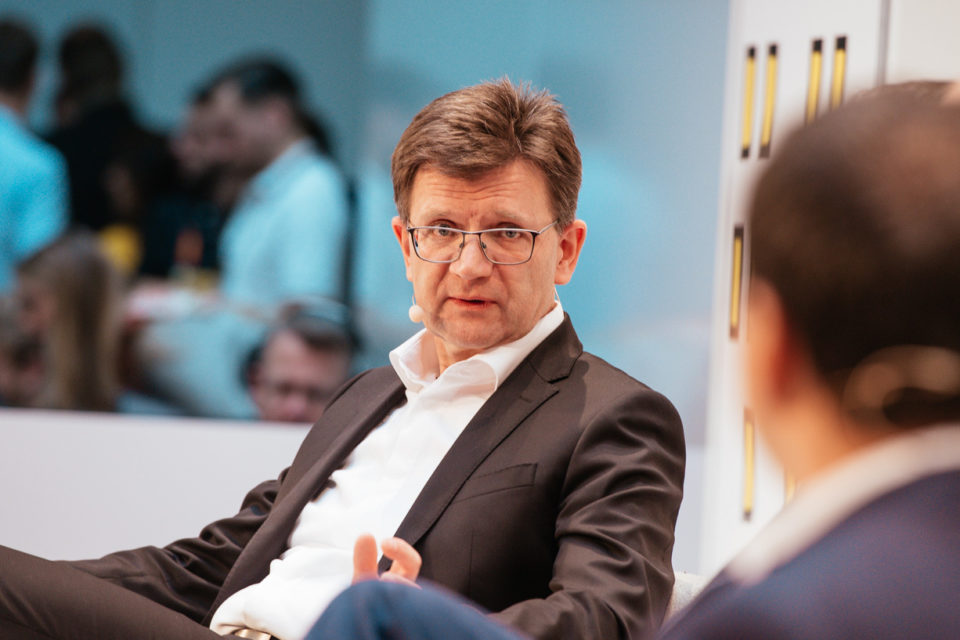 Klaus Fröhlich, head of R&D at the BMW Group, strongly believers carmakers will sell technology besides cars in the future, becoming tech companies to survive /dpa

“BMW is changing. In the future, our company will not sell cars alone. We get lots of demands for our technology. It might sound new to you, but BMW is evolving into a tech company within the next ten years,” Klaus Fröhlich, BMW’s head of R&D tells Dutch newspaper Algemeen Dagblad.”

“Today a game of powerplay is played in the automotive industry. Lots of car brands struggle to survive in these turbulent times,” Fröhlich says. “They can’t keep up with investing billions in new diesel technology, plug-in hybrids, fully electric cars, fuel cell cars, and giant networks for connected cars. They have to buy the knowledge elsewhere, or they will drown.”

BMW’s head of R&D believes the autonomous vehicle will be a reality within five years. “Self-driving technology will be the most expensive option on the price list. That’s why our top models, the new iNext and the 7 Series, will get it first.”

“Eventually we want to offer this technology to buyers of a 5 Series or 3 Series, but that becomes difficult,” he adds. “It means we have to find a way to lower costs with 50 to 70%. Otherwise, nobody will buy these cars. It’s something we’ll have to work on very hard.”

Another major challenge Fröhlich sees is the harmonization of all this technology. “It’s important that when autonomous cars hit the streets, they use as much the same technology as possible. Otherwise, accidents will happen.”

Imagine two self-driving cars colliding, and an American jury has to decide which one is guilty. “What if the jury decides one manufacturer bears the blame because the car has fewer radars, cameras, or sensors onboard?”

“I think carmakers are looking too much to themselves in developing autonomous cars. Everybody thinks he can win the battle. I think we have to work together much more. BMW is doing this with Daimler and Fiat-Chrysler. It’s all right with me if others want to join. Now billions of R&D money is wasted. Together we can do it cheaper and faster.”

Meanwhile, at the beginning of August, BMW announced that the operating result decreased by almost 20% to 2,2 billion euros. Over the first six months of this year (2019), the profit shrank by 49%. Massive investments in the development of electric vehicles weigh on the company, that used to be a front-runner with the i3, but now has to catch up.

Fröhlich acknowledges that it is a big challenge. The company aims to have 25 electric models on the market by 2023.

Rent a car for skiing

“We have some experience with the i3, but now consumers are noticing that the price of an electric car is determined by its range and its expensive battery pack. That’s why the electric Mini is offered with a range of 250 km. It’s the only way to keep these cars affordable. Tesla is doing the same. More range means more batteries, and that increases costs and weight. Two things you don’t ask for.”

“I believe Mini drivers can live very well with a 250 km range. When they want to go skiing, they rent a car or take an airplane instead of a typical Tesla S driver who is willing to spend two days for his trip to the Alpes because he has to recharge.”

“I read highly imaginative stories in the press about battery-electric vehicles (BEV) that go long distances and charge in no-time. Let me wake up the dreamers. This isn’t going to happen. When you often use a fast charger, the batteries are aging rapidly and finally it will kill them.”

“You have to be aware that the battery is the most expensive part of the EV. When it breaks down after three to four years, the whole car is ready for the scrapheap. We see at our competitors that clients are temped with fast charging, but that’s disastrous when the battery isn’t liquid-cooled.”

No fuel cell for small cars

BMW used to be a front-runner in hydrogen cars too, with hydrogen as a combustion fuel. That development has stopped, but BMW is working with Toyota on a new generation of fuel cells that should be ready next year.

But according to Fröhlich, a fuel cell for a small passenger car makes no sense. He believes the fuel cell car will remain more expensive than a BEV in the future.

“And a fuel cell only fits into a larger car, as this is the only way to protect the hydrogen tank in collisions,” Fröhlich explains. “It offers good opportunities for vans and trucks, though. We see them applied in the transport sector by 2030. But not by BMW, off course. We don’t make that kind of vehicle.”

Asked why BMW is investing in hydrogen technology anyway, the R&D man says BMW wants to be prepared if an alternative environmentally friendly drivetrain is needed at some point in time.

“And it’s typical for the new times coming that not all technology we are developing, will be used inhouse. Like we will only use the self-driving technology in premium cars, we’ll never build robot taxis that look like a vacuum cleaner with hard plastic seats. We will make the new technology we’re developing so interesting that others might want to buy it from us.” 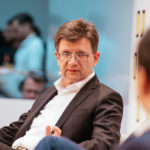