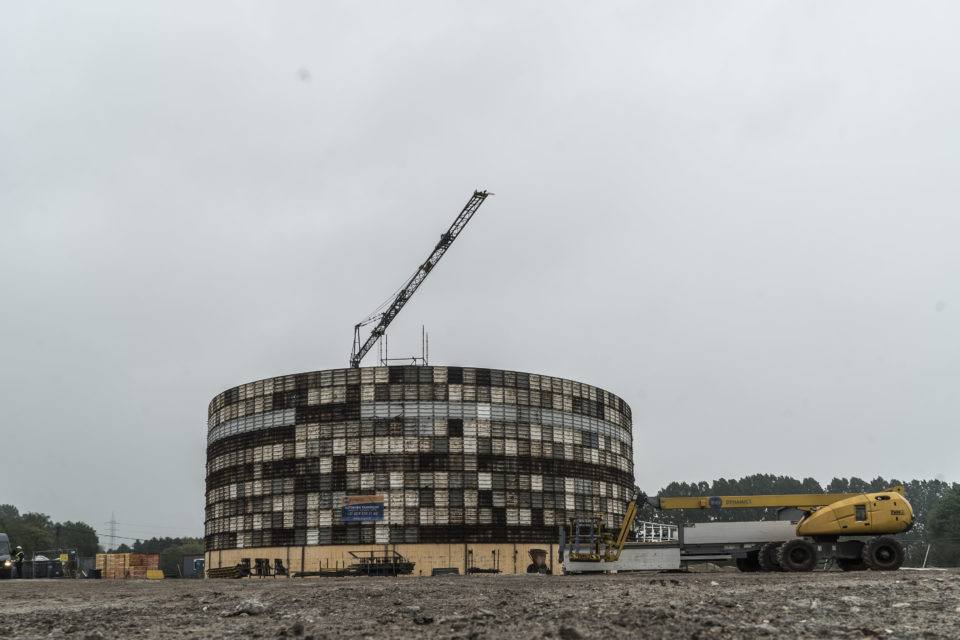 In this reactor, ArcelorMittal uses water and bacteria to convert CO2 (released during steel production) into bioethanol and biomass /Belga

ArcelorMittal Ghent will transform part of the carbon gases emitted by the site’s blast furnaces for steel production into biofuel.

The Steelanol site of ArcelorMittal Ghent will be operational by the end of next year. Carried out in partnership with the American company LanzaTech, this world-first aims to transform part of the carbon gases emitted by the site’s blast furnaces (the last two in Belgium) into biofuel.

The steel industry has a poor reputation as a significant polluter: discharge of dust, fine particles, heavy metals, carbonaceous gases, or sulfur are inherent in the steel-making process. The environmental standards imposed by the European Union on its industrialists are the strictest in the world.

The steel industry is no exception, but its managers feel that they are not being paid for their efforts. “We are taxed to death on CO2, which pushes some operators to go elsewhere.

The head of ArcelorMittal Belgium, Manfred Van Vlierberghe, points out that the company he manages “anticipates environmental standards and goes further than what is required, in dust collection, for example.” Steelanol will enable the Ghent steel site to capture 400.000 tons of CO2 annually or around 5% of its total emissions, and transform them into no less than 80 million liters of 99% pure bioethanol. It will be able to be used for transport, with enough to power 100.000 cars without fossil fuel.

“The technology developed by LanzaTech uses microbes that utilize carbon monoxide to produce bioethanol In the fermentor (a reactor of 30 meters high, 8 meters diameter) which is filled with water and microbes, ethanol and biomass will be produced using these bacteria.

Once the biomass is separated, the energy will be used to produce electricity and heat, which will be reinjected into the plant again,” says Wim Van der Stricht, Chief Technology Officer of the ArcelorMittal group. Bioethanol will have to be separated from the water by a distillation process. 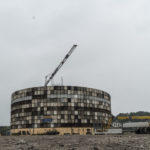