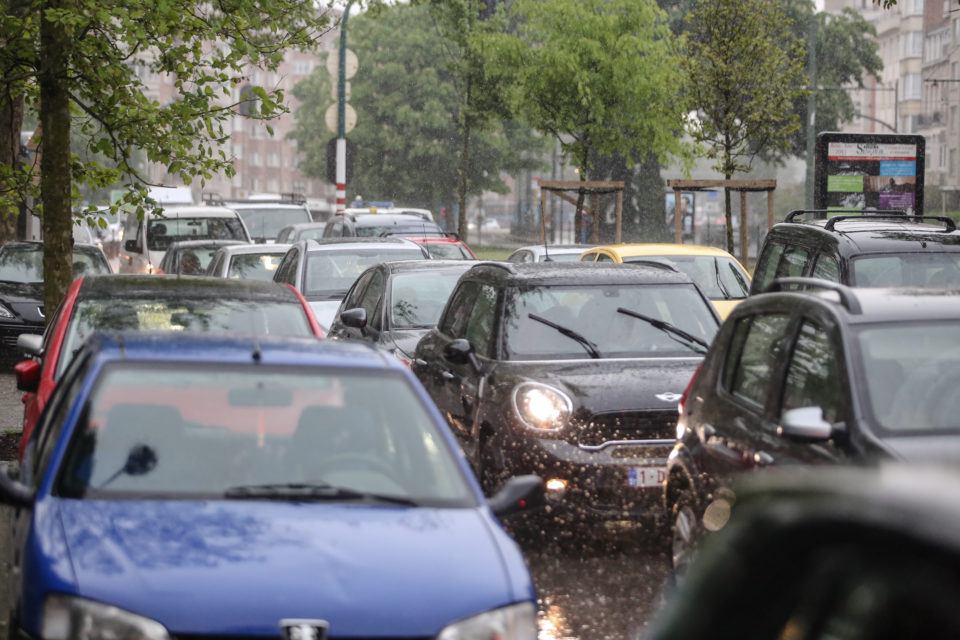 With the move to tax usage instead of ownership, Brussels wants to reduce the number of cars circulating on its territory, but also pressure Flanders into reconsidering road-pricing /Belga

While the idea of road-pricing seems dead and buried in Flanders, the Brussels region wants to abolish car taxes to introduce a ‘circulation tax.’ It will take into account the vehicle’s weight, power, and fuel type. And its ‘green’ Minister of Mobility Elke Van den Brandt (Groen) says they can’t afford to wait any longer to go ahead.
The idea is part of the ‘Good Move’ mobility plan, designed to change the way people move around in the region over the next 15 years.
With the move to tax usage instead of ownership, Brussels wants to reduce the number of cars circulating on its territory, but also pressure Flanders into reconsidering road-pricing. If only Brussels does so, commuters from outside the region will end up paying twice.

The ‘Good Move’ mobility plan for the Brussels region is currently being researched. It has the intention of making mobility in Brussels more durable and efficient.

Its objectives are clear: double the use of bicycles, reduce the maximum speed to 30 km/hour in residential areas, and phase out combustion engine cars. Diesel cars are to be banned in the Region from 2030 and petrol from 2035.

Today, 370.000 cars roam the streets of the Region each day. The share of bikes in the modal mix is 8%. Lowering the speed to 30 km/hour doesn’t only improve safety for road users, it also reduces cars’ CO2 output. Together with doubling bicycle usage, CO2 emissions linked to transport can be lowered by 18%.

The Brussels mobility plan also invests in public transport. The focus is on trams and the underground metro network. Certain lines will be extended, and new axes will be created. To stimulate public transport usage, people under 25 and over 65 can travel for free. It should add to a drastic decline in car usage by 2035.

There will have to be a substantial budget for all these reforms. In Flanders, the budget for cycling infrastructure alone is 100 million per year. In The Netherlands, 400 million.

And Brussels doesn’t precisely have a lead in existing cycling infrastructure. ‘The World’s cycling capital’ of Utrecht, The Netherlands, has 245 km of cycle paths. This equates to 2,45 km per 1 km². Brussels only has 447 m of cycle path per 1 km².

New Mobility Minister, Elke Van den Brandt (Groen), has a strong vision of urban mobility. “There is a sense of urgency. Climatic urgency, 27% of climate emissions are from transport. Economic urgency as well, with traffic jams costing millions.”

“Health urgency, of course, with air pollution, especially for kids. And finally, a security urgency, as we have again seen some serious accidents lately. But the most important urgency is happiness. The number one stress factor for Belgians is mobility,” says Van den Brandt.

She feels that if 20% of car users find another way to get around, the traffic jams will be a thing of the past. “I’m not against commuters, and I know some people spend hours in their car because they have no other option to be somewhere. I want to convince people to transport themselves in a different way, not by taking something from them, but by offering alternatives.”

To convince commuters to abandon their car, the Mobility Minister wants to invest. The money will go to public transport, park and ride facilities, and safe bicycle infrastructure to support the priorities in the Good Move plan. But mobility integration is also a priority, not only a single ticket but also integrate the total mobility offer, with supporting technology.

The fiscal reforms for cars will also have to contribute to changing mobility habits: taxing the use instead of the ownership. For the new Mobility Minister, the new tax should be green and intelligent.

“Ideally, a time-dependent road-pricing put in place together with the other Regions in Belgium. But it will take ten years before they are convinced, and we don’t have the luxury to wait anymore in Brussels. We will go for it anyway,” says Van den Brandt.

All trips by car in Brussels will be taxed, but they will replace registration and annual car taxes. But since inhabitants of other Regions pay their taxes there, the tax benefit is only valid for Brussels residents.
So commuters from outside the Region will pay twice. “If Flanders and Wallonia don’t move, that’s the effect the plan will have. That’s why we prefer to reach an agreement with the other Regions on a single model,” says Van den Brandt.

Cameras already in place for the Low Emission Zone will be used for the circulation tax, either for the whole region or only the Brussels pentagon and the European quarter.

All of these measures will have little impact if the private sector doesn’t get on board. 35% of car use in Brussels is done to get to work. Companies need to put in place concrete solutions for their employees to complement public measures.

Significant efforts are needed to realize the Region’s goals for more durable mobility, especially regarding public transport and bikes. It should translate into important infrastructure works, an allocated budget that is in line with the ambitions, and an active political and citizen will. 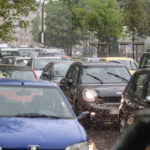