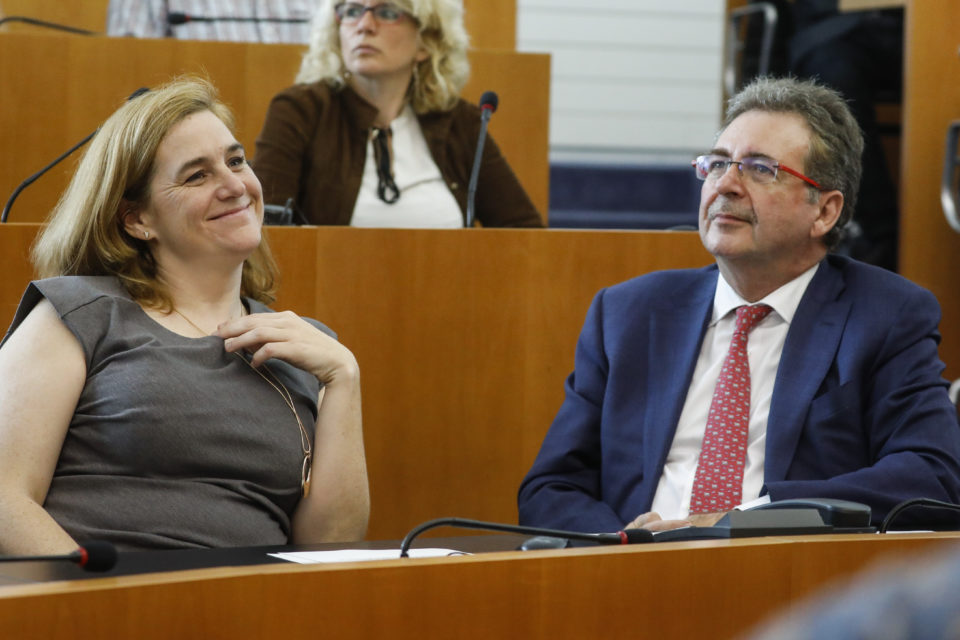 Groen’s Minister, Elke Van den Brandt, here in the Brussels Parliament at the right of Minister-President Vervoort, is a new political heavyweight in Brussels and has already created havoc with her plans on road-pricing /Belga

The problem is that the Minister already made her plan public before the newly formed Ministerial Council (consisting of liberals, socialists and green parties) had its first meeting. The Flemish liberal Minister, Sven Gatz (liberal party, Open Vld), was not amused, and Brussels Minister-President, Rudy Vervoort (PS, socialist party) already had to reprimand his quarreling ministers.

The biggest problem most opposers have with the plan is that it has not been negotiated with the coalition partners and that it discriminates car users from other regions commuting to Brussels. Brussels citizens are financially compensated for the road toll by decreasing fixed car taxes, but that’s not the case in Flanders or Wallonia.

Remember also that the Flemish region had a plan for road-pricing before the elections, but the ruling Flemish party, N-VA, changed its point of view because the ideas seemed not so popular. At the moment, there is a fight over the fact whether road-pricing will appear in the new policy declaration of the future Flemish government.

The political opposition shot down the plan unanimously, but also the other parties in the newly formed Brussels government are not amused. The Minister-President had to appease things: “In our governmental policy, we cleared certain principles. It is time now for every government member to study these and come with answers afterward.”

Some environmental organizations are happy with the plans, but the mobility organization, Touring, points at the problems for the many commuters driving every day into the city. “If you have a road toll, you have to foresee alternatives. Otherwise, congestion will not disappear,” says Danny Smagghe from Touring.

Car importer federation, Febiac, joins this point of view. It has declared itself already as a supporter of clever road-pricing, but it has to be done for everyone in the entire country. This way, it is highly discriminating, they claim.

Elke Van den Brandt is a new political heavyweight in the Brussels government. Groen and Ecolo (the two green parties) are the most significant political family in the Belgian capital, and she has essential duties.

“I sincerely hope that the Flemish negotiators are still considering road-pricing. Wallonia has to follow too. But if they are hesitating too much, we’ll do it on our own. It’s too important for our wellbeing.”

She also counters the fact of discrimination. “We want people, Brussels citizens as well as commuters, to choose other means of transport, preferably public or on two wheels. We want to abolish congestion and the problems it causes for everybody. If we can get 20% of people out of their cars, the congestion problem is solved.”

Of course, there have to be alternatives. “We still have a lot of work to do. Two-thirds of the car use of Brussels citizens is less than 5 kilometers. We have to give them good alternatives, be it bikes, steps or public transport.” We will invest heavily in the Brussels public transport company Mivb/Stib.

A good idea, to have one app to find your way in Brussels and buy tickets, is, at last, getting real. The inspiration has been found in Vienna, where it already functions very well.

Van den Brandt wants to call for a public/private collaboration to work it out. The aim is that the new system should be applicable and working before the next elections. “We want to give people one app, where they can find their way and buy every ticket necessary, from Uber to shared cars, steps, bikes or public transport.” 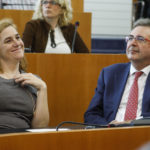