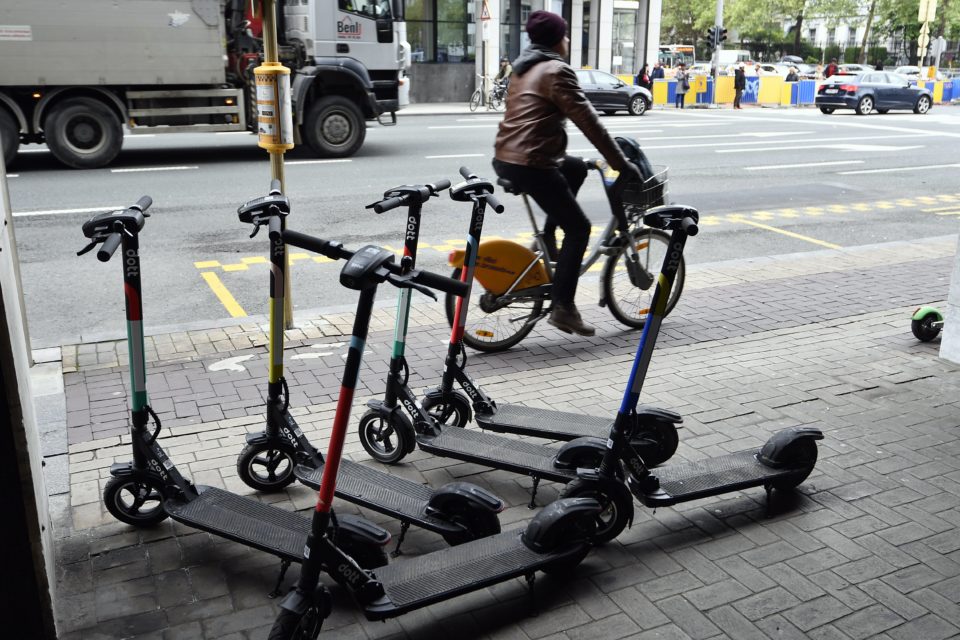 The shared free-floating e-scooters conquered many cities worldwide in no time. They’re fast, flexible, and fun. So, no wonder cities, like Antwerp and Brussels, immediately adopted them /Belga

Shared electric scooters are a popular means of transport in city centers. The vehicles have an impact on a city’s character, opponents say, they often are a real nuisance on the streets, and they don’t reduce the number of cars used but replace walking and public transport mostly.

The shared free-floating e-scooters conquered many cities worldwide in no time. They’re fast, flexible, and fun. So, no wonder cities, like Antwerp and Brussels, immediately adopted them. Opponents, however, say they’re unstable and dangerous.

A recent French study by research institute ‘6t’ based on 4.300 users of shared e-scooters in Paris, Lyon, and Marseille shows that half of the rides take fewer than 15 minutes. Nine in ten times, the e-scooters replace other means of sustainable transport: on foot, by bike, or by public transport.

The situation is even worse: the e-scooter hardly ever helps to avoid a car or taxi ride, a conclusion that is confirmed by a random sample survey of newspaper De Standaard in Brussels.

‘Independent of a car’

Still, the shared e-scooter providers point at the ‘independence of the car’. They also consider themselves ‘ecological innovators’. According to lecturer in traffic science, Kris Peeters, those are the arguments large – usually Amercian– companies need to counter the negative aspects of the scooters.

The city of Brussels is flooded with shared e-scooters. You can see them everywhere in the city, even in the smallest historical alleys. Brussels alone has 5.000 of such vehicles, offered by several providers.

Other cities have them in view too. In Amsterdam, for instance, but also in the whole of the Netherlands, e-scooters and related vehicles, like the Stint, are forbidden.

“We’re studying how shared mobility can make our city greener and cleaner,” explains Amsterdam Alderwoman of Traffic, Sharon Dijkstra, “but we don’t want companies to provide vehicles people can leave behind wherever they want.” Other metropolises, like New York, feel the same. “Those free-floating vehicles cause a mess.”

Questions arise about safety. Hospitals see on average two victims of an accident with an e-scooter a day.

And what about the green character of the e-scooters? Not only the production of the vehicles – and their batteries – emits a lot of CO2, also the charging, collecting and picking up the vehicles to charge overnight does.

The most important question, though, is: what are they used for? The providers mainly focus on students and youngsters, and that’s useless since most of them already ride a bike. So, why getting them on a scooter?

The cities of Antwerp and Brussels, however, are convinced of their usefulness. But they also admit they’re working on regulations to steer things in the right direction and to avoid nuisance. They know the scooters are a growing safety issue. Both cities will soon introduce scooter-free zones.

Antwerp Alderman for Mobility, Koen Kennis (N-VA) is an advocate. “I think they’re an interesting link in the multi-modal mobility chain. Those vehicles offer people more freedom of choice.”

E-scooter providers themselves consider their product ‘part of the solution’ as well. Dirk Dufour of the mobility agency, Tridee, the office that designed the mobility plan of the Brussels Region, is confident the shared e-scooters are here to stay.

But he isn’t convinced at all that they will fundamentally change urban mobility. “Their part in the modal split is marginal, but they’re fun. They’re attractive for the individual user, and they’re a kind of trendy gadget to promote the city. ” 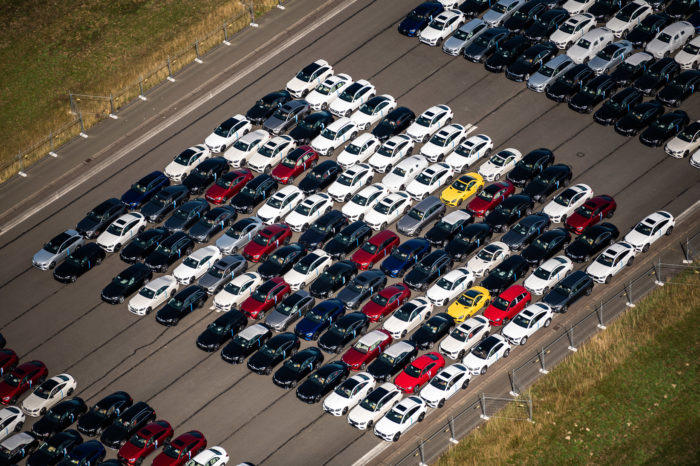 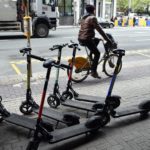