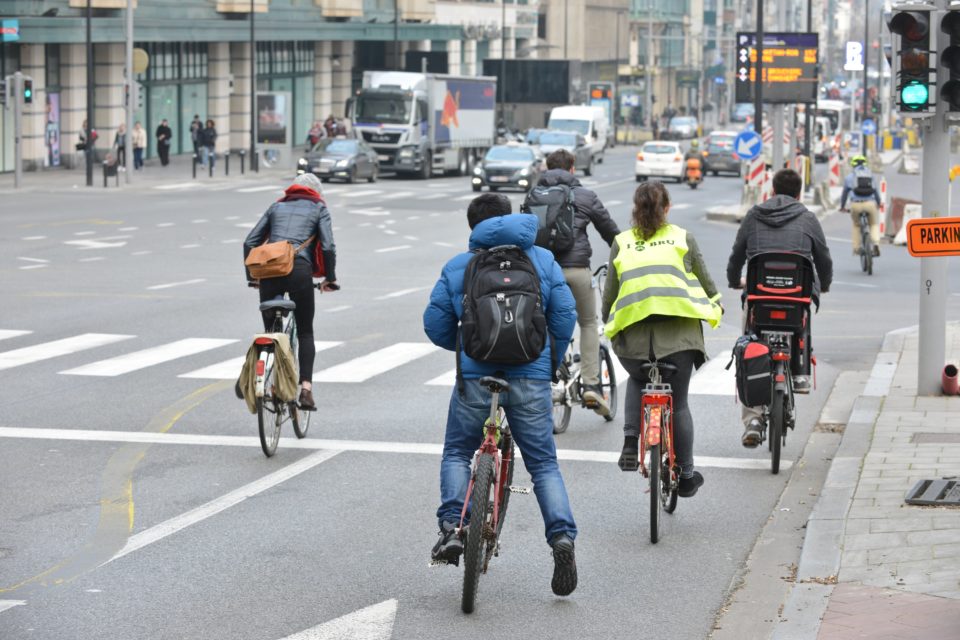 the more bikes on the road, the smaller the risk of accidents. ‘Safety by numbers’, the researchers call the phenomenon /Belpress

A new study of the University of Ghent (Belgium) shows that there are several ways to reduce the risk of accidents between cars and bicycles. One of the surprising conclusions of the study is that the more bikes on the road, the smaller the risk of accidents. ‘Safety by numbers’, the researchers call the phenomenon. The more cyclists on the streets, the more visual they become, and the more drivers adapt their behavior.

The opposite is also true: more cars increase the number of accidents. Translated into policy conclusions, this means that it is a priority to get as many people as possible out of their cars, according to mobility professor, Dirk Lauwers.

The study analyzed 4.120 traffic accidents with cars and bicycles in Antwerp between 2014 and 2018. Not only time and place were taken into account; the study mainly focused on the traffic situation and the driving direction. It became immediately apparent that the large city roads were most dangerous for cyclists. The heavy traffic and the limited space increase the risk for cyclists.

In the case of an accident, there are usually three determining factors involved: the vehicle, the driver, and the surroundings. “Studies show that the latter often are more decisive than expected,” explains Lauwers. “Local authorities could draw a lesson from this conclusion.” Influencing people’s behavior is not so easy, but it’s relatively easy to change road infrastructure and improve safety.

Road infrastructure has a substantial impact on safety. The presence of tram rails and bus stops, for instance, increases the risk of accidents. And one-direction streets are safer for cyclists than two-direction streets. Two-direction bicycle paths might seem a blessing for bike-riders since they don’t have to cross the road to change direction. But still, they’re more dangerous because drivers don’t pay as much attention.

Speed is a determining element too. Three-quarters of accidents happened on lanes with an average speed limit between 50 and 70 km/hour. So, the maximum speed has to go down, or cyclists have to get better protection with bicycle paths and conflict-free crossings, concludes the study. 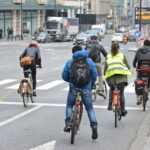