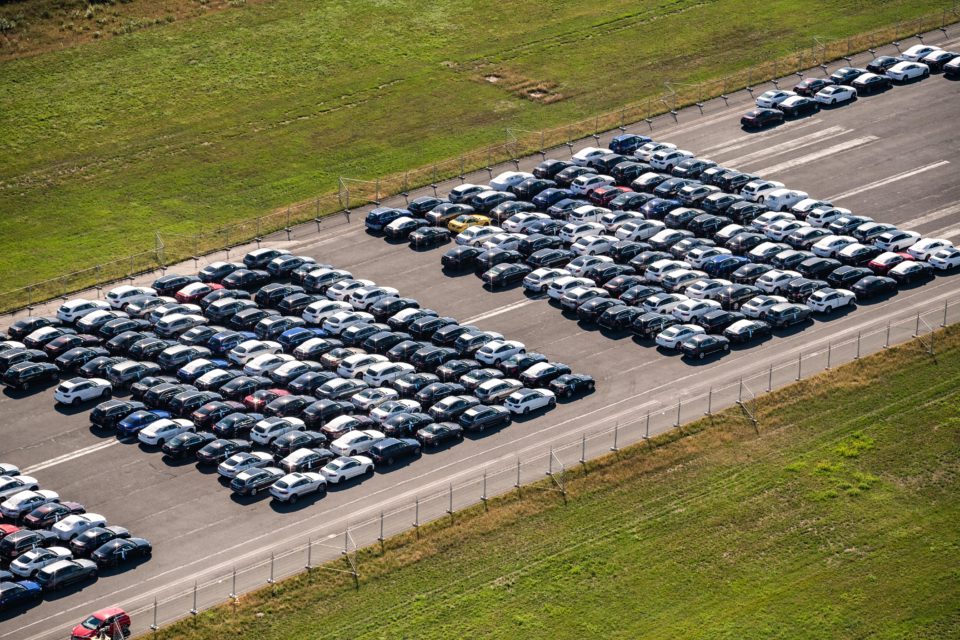 Numerous Mercedes models are standing on the former Ahorn airfield. Thousands of new Mercedes cars are currently waiting to be delivered /DPA

The Belgian car market is decreasing this year, as is the French car market and a lot of others in Europe. Two-wheelers, on the contrary, are having a revival.

Let’s look at the Belgian car market first. On Monday, we talked about the great figures for Mercedes and how to interpret them, today we can include the August figures.

Belgian car market down by almost 6%

In the first eight months of this year, the Belgian car market was down by 5,84%. But the substantial fluctuations of the market due to emission regulation changes (NEDC to WLTP) have played a role in this too.

If we go into details, we see the excellent performance of Mercedes (+4,93% the first eight months), against a fall of 12,7% for BMW. BMW Belgium spokesman, Jeroen Lissens, explains: “We are in the middle of the replacement of three of our most popular models (BMW 1, 3 touring, and X1); 30% of our market is waiting for the new models.”

With such figures, Tesla places itself before brands, like Porsche, Alfa Romeo, or Lexus. The statistics prove that long-awaited Tesla 3 has been well accepted here.

Some other foreign brands are suffering from the French market. The VW Group progresses 2,2% for the last eight months but gets severe blows in August (-14,76% for the group, -25% for Audi). Nissan is also performing very poorly (-40% over eight months, -65% in August).

Like in Belgium, Daimler is the exception when we talk about premium brands. More than 17% in 8 months and +60% in August. Surprising is that the sales of Smart have progressed by 76% here.

Two-wheelers back in town

The part of electric propulsion with two-wheelers is growing much faster than with cars. The market share is still small, but the growth of electric scooters and motorbikes was 77%.

For the moment, BMW leads the market in the electrified segment, but the competition is organizing itself. Austrian KTM has associated itself with Indian Bajaj and is trying to convince Piaggio and Ducati (VW Group) to join in.