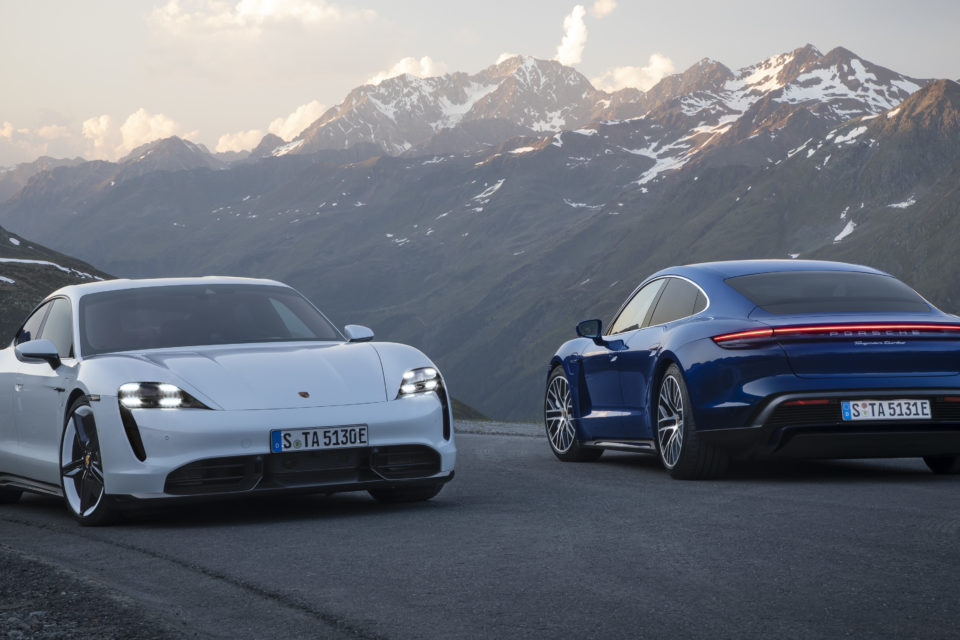 On Wednesday, September 4th, Porsche presented its new fully electric Taycan simultaneously in three ‘green’ places over the world. The Stuttgarter car manufacturer claims the Taycan to be the first real electric sports car you can buy (from 2020 onward).

Chairman of the Board, Oliver Blume, stated: “Taycan links our heritage to the future. It will continue the success of the brand, a brand that fascinates and enchants people for over 70 years already. This day marks the beginning of a new era.”

“It’s a Porsche for the new era of electromobility,” says Michael Steiner, Board Member for R&D at Porsche. “A car that is not only exciting because of its technology and driving dynamics but also because it passionates people all over the world, just like its predecessors.”

The first two versions are the most powerful ones, Turbo, and Turbo S. Later, in 2020, there will be less powerful versions. A Cross Turismo derivative will follow later next year. Before 2022, Porsche will already have invested 6 billion euros in electromobility.

Instead of the usual 400 V, the high voltage system works at 800 V.  The advantage is that the battery pack can be charged (with a DC supercharger) from 5 to 80% in less than half an hour. Total capacity is 93,4 kWh. Of course, you can also charge the car at home (alternate current) at 11 kW.

The Taycan has two synchronous electro engines with a permanent magnet, one in the front and one in the rear. So the car has a permanent four-wheel drive. A novelty is that the rear motor is linked with a two-speed gearbox, which improves the range driving at high speeds.

The chassis has the Porsche 4D Chassis Control analyzing and synchronizing all suspension systems in real-time. The Taycan has Active Suspension Management (PASM), Dynamic Chassis Control (PDCC) and Torque Vectoring Plus (PTV Plus) as a standard.

Porsche emphasizes that energy recuperation is tremendous.  Tests have shown that 90% of the time braking is done by the electromotors. The driver can choose out of four driving modes, Range, Normal, Sport, and Sport Plus.

The Taycan is a four-door sedan with an excellent streamline coefficient of 0,22. The interior has been redesigned with a ‘floating’ instrument cluster and very few knobs and buttons. The newest connectivity is on board.

‘Green’ buyers can order a leather-free interior and order one with completely recycled materials. People sit low in the car and have individual foot space in between the battery pack. There are two booths, one in the front of 81 liters, one in the back of 366 liters.

Porsche purists will maybe hate the lack of noise, especially the exquisite one of the Porsche ICE engines, but Porsche guarantees that the driving will be as sporty as a Porsche can be. Maybe they will ‘invent’ a cabin noise for nostalgic customers. In their advertisements, they talk about ‘soul electrified’. Wait and see. 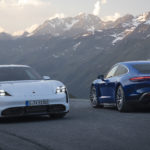