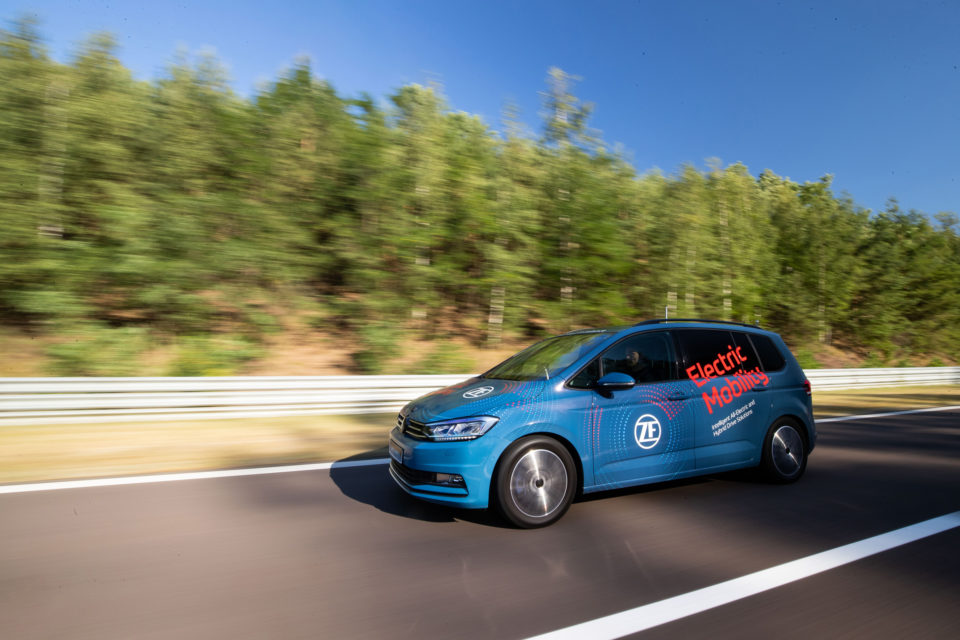 More range or better performance? Thanks to this modular concept, manufacturers of electric vehicles can pursue both approaches with the 2-speed drive from gearbox supplier ZF /ZF

Until now, practically no electric vehicle has a real gearbox with different gears. There is more than one reason that this will change in the future.

There are several reasons why electric motors aren’t often linked to gearboxes. The main reason is that electric motors have a far larger RPM window (revolutions per minute), the number of revolutions it can support and still be efficient. This window can, in general, be situated between 0 and 10.000 rpm or even more.

Internal combustion engines (ICE) have a narrow window, usually situated between 2000 and 5000 rpm. Only real sports engines go further up the scale, even to 8000 or 9000 rpm, but they typically don’t have much ‘oomph’ low down.

A typical ICE F1 engine can even rev at 13.000 or more rpm, but under 10.000 rpm it simply can’t deliver. The window is still a mere 4000 rpm. That’s why F1 cars still need their quick-shifting sequential gearboxes with seven speeds.

In a regular electric car, with more than decent performance and a top speed of 180 kph or less, a gearbox is not necessary. A single-speed transmission can give power to the wheels, from 0 tot top speed.

Engineers and developers of electric motors are no fans of gearboxes either. They are very proud of the efficiency of their engines, which turns around 95%. In comparison, an excellent ICE has a 40% efficiency. The fact that a normal gearbox can diminish this efficiency by 5-10% frustrates the ‘electrical’ engineers, so they try to avoid gearboxes.

There are two consequences of this attitude. The top speed of an EV isn’t usually as high as a comparable ICE vehicle. Secondly, EV’s don’t like long motorway trips at high speeds. Because the electric motor has to turn fast, it consumes a lot of energy, and the reach is going down spectacularly.

This is also the reason why Formula E race cars do have a gearbox. Otherwise, they couldn’t reach the usual top speeds needed for racing, and their battery would last even shorter.

A new era of the electric sports car

One of the first production cars that had a (two-speed) gearbox in combination with an electric motor was the hybrid BMW i8. Last week Porsche launched its first purely electric sports car, the Taycan. This Porsche also has an (in-house developed) two-speed transmission.

That way it can have a top speed of 260 kph without putting too much pressure on the engine. Meanwhile, electricity consumption will lower slightly because of the lower engine revs. And a two-speed gearbox is still a very efficient gearbox compared to multi-speed ones.

Auto industry supplier ZF is already working a long time at its own two-speed gearbox for EV’s. Now it’s practically ready to be rolled out. “With a two-speed transmission, you don’t have to choose between low-end torque and top speed glory,” says Stephan Demmerer from ZF’s E-Mobility engineering division. “You just can have both, and energy saving on top of it.”

The key factor here is the actual conversion rate of battery power to actual wheel power. One added percentage point of energy conversion efficiency translates into 2% more range, according to ZF. Its first proposal will be modular and can be mated with an electric motor up to 140 kW (190 hp).

It’s programmed to shift between its two speeds at 43 mph, though the computer can be programmed to make the change at different points based on the route, topography, or the distance the driver hopes to cover before plugging in again.

Carmakers can use the system to squeeze more range out of a smaller battery—thereby reducing vehicle weight—or pair it with larger batteries to pursue performance, whether it’s racing around a track or towing the family boat.

“There is a real race to compete on the energy efficiency of EVs,” says Venkat Viswanathan, a mechanical engineer at Carnegie Mellon University. “Tesla has remained well ahead in energy efficiency even with their single-speed transmissions, and I think ZF’s approach could give other automakers a chance to eat into some of that advantage.”

The question is why interesting technical solutions like a CVT gearbox (Continuously Variable Transmission) or the promising solution from Drive Technology Holland aren’t considered here.

The problem is that multispeed transmissions must be able to deal with the massive torque that electric motors can generate in a very short period. Until now, this sort of CVT isn’t developed yet. And with his large RPM window, an electric motor doesn’t need a lot of gears, two or maximum 3 is enough.

Manufacturers are also struggling with the overall cost of an electric car (caused by the expensive battery pack) and try to keep other costs as low as possible. A more sophisticated gearbox costs more and needs more maintenance.

So in the future, most smaller EVs for urban or suburban use will probably stay single-shifters, while bigger, more powerful and/or more sporty electric cars made for longer distances will likely ‘shift’ to two-speeders or to still to be developed more robust CVT derivatives. 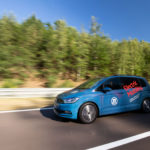