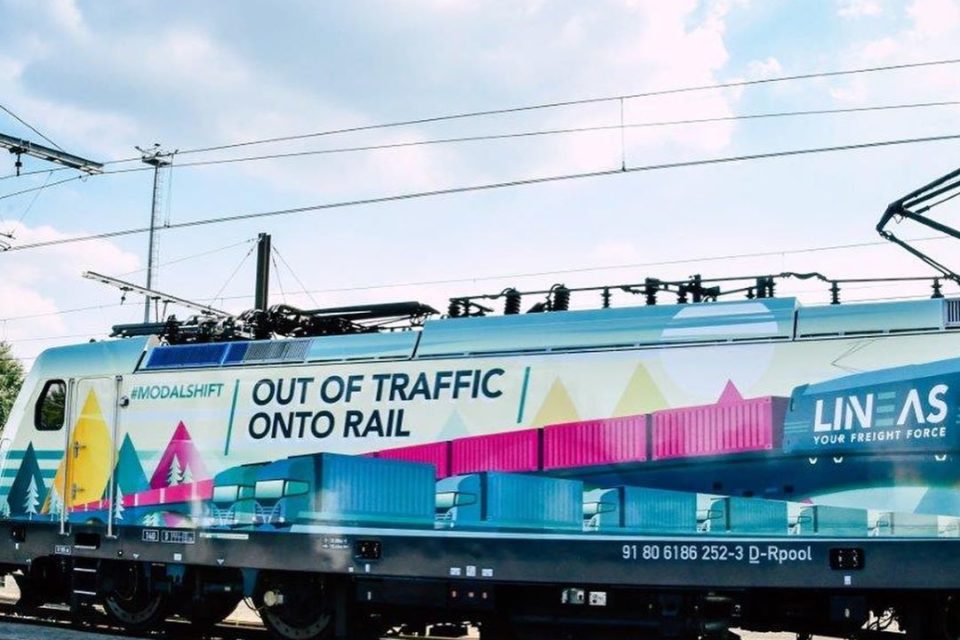 To promote a modal shift, Lineas has presented its ‘Modal Shift Loc’, a campaign locomotive that will circulate on different tracks next week /@lineas_yourfreightforce Instagram

The freight train operator, Lineas, is doubling the number of goods trains to ease the congestion caused by the Oosterweel works in Antwerp. This could double the number of trucks taken out of road traffic. “We want to prepare for the congestion that is coming soon. Our strength? Predictability,” says commercial director, Sam Bruynseels.
Formerly called B Cargo, Lineas is the freight department of the Belgian national NMBS/SNCB train operator. It transports cargo within the port of Antwerp, between the left and right banks of the river Scheldt, for example, but also has ‘open’ services to about 20 European cities.

The Oosterweel roadworks are bound to create mayhem in and around Antwerp. In an effort to ease congestion, Lineas will double the capacity on the lines between Antwerp and La Louvière, Genk and Zeebrugge. It will also start new lines to Ghent and Terneuzen.

“We are expecting a gigantic traffic hell around Antwerp once the Oosterweel works start. Our customers are actively looking for solutions,” says Bruynseels. “We are now offering the possibility of putting cargo on trains earlier. Companies used to transport their containers to Antwerp by truck, now they can already drop it off in Ghent, for example. This way, they avoid hours of congestion in the Kennedy Tunnel.”

While the train might not always be faster than transport by road, it does have the advantage of being much more predictable, which makes things easier to plan. Lineas’ customer, Evonik, is happy with the extra capacity. The company uses the rail shuttle between the left and right banks of the river. Logistics employee Tim, who works at Evonik, says he expects train loads not to go back to road transport.

Lineas, as part of the Belgian Rail Freight Forum, recently asked for 30 million euros to support the modal shift from road to train freight. With goods transport volume expected to grow with 25% by 2040, a modal shift is needed.

To promote a modal shift, Lineas has presented its ‘Modal Shift Loc’, a campaign locomotive that will circulate on different tracks next week. A Lineas locomotive operator made the design for the train, chosen among different designs proposed by Lineas staff. 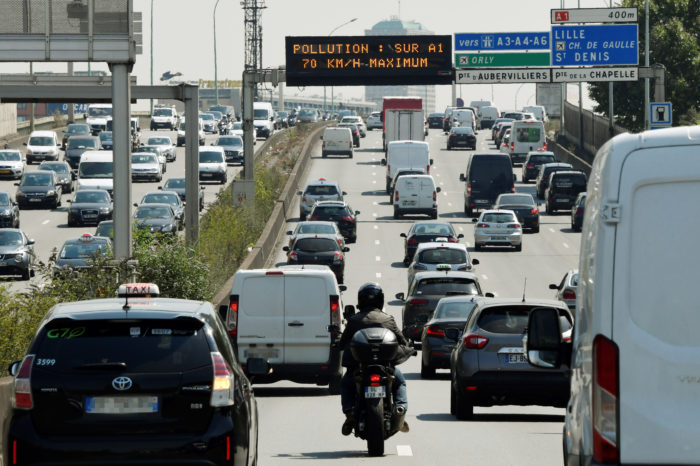 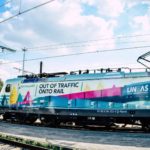