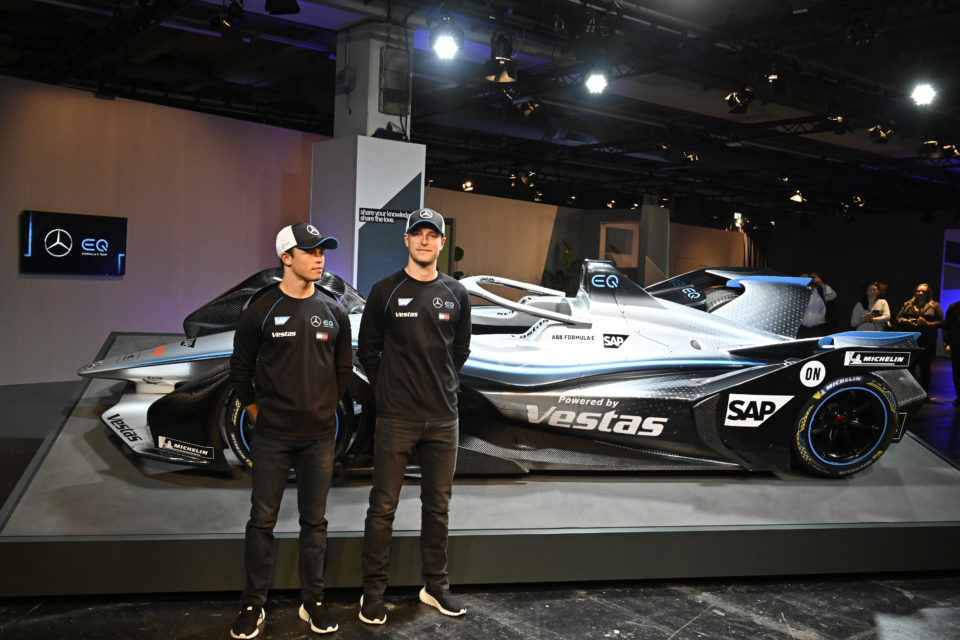 At the IAA Motorshow in Frankfurt, Mercedes has presented on Wednesday the team to make its entrance in the Formula E: former Belgian Formula 1 driver Stoffel Vandoorne (27) and Dutch Formula 2 driver Nyck De Vries (24). It will be for Mercedes the first experience in the electric racing formula with its ‘EQ Silver Arrow 01’.

“The 2019-2020 season will be a year of learning. Don’t expect us to win everything right away,” Ian James, team leader of Mercedes-Benz EQ Formula E Team, said. “But with these two drivers, we have strong pilots that can fully develop.”

For Belgian Stoffel Vandoorne it’s his second season in Formula E. With the team of HWA Racelab he ended 16th and got a podium place 13 times. He now takes the wheel of the Mercedes EQ Silver Arrow 01 in the season that starts on November 22nd and 23rd in Saudi Arabia.

The name ‘Silver Arrow’ or ‘Silberpfeil’ dates back to the early racing days in the period 1934-1939 and was given by the press to the Mercedes race cars that were painted in traditional silver, the ‘country color’ for Germany. In those days, every country had its color, like red or ‘Rosso Corso’ for the Italian Ferraris or ‘British racing green’ for race cars, like Jaguar or Bentley from the UK.

Vandoorne is delighted with the chance he gets from Mercedes. “I gained experience with HWA last season, and now with the arrival of Mercedes in Formula E, it’s a great opportunity for all of us. The car seems to be fantastic. And I’m impatient to see what we can do with the team. The potential is enormous. I can’t wait to start.”

His teammate from Holland, Nyck De Vries, has no Formula 1 experience, but he is well on his way to take the world champion title in the Formula 2, the ‘waiting room’ for the F1, where he is leading.

It’s his third season in F2. In three weeks, De Vries can secure his title in the next race in Russia. He too says to be thrilled by the chance he gets to drive for Mercedes. “It will be a challenge and a new chapter in my career,” he said. 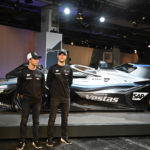