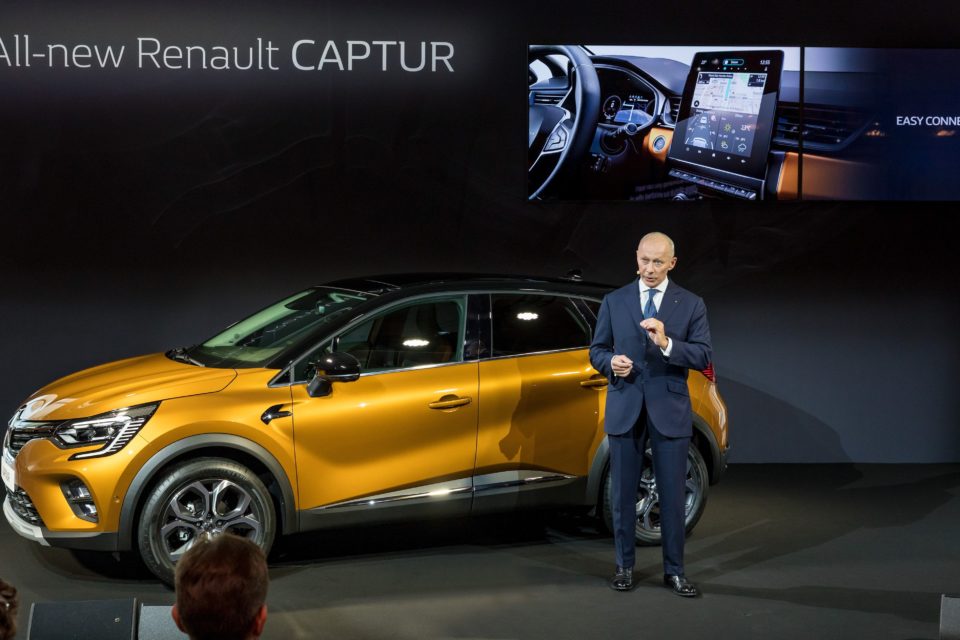 Renault CEO Thierry Bolloré, here presenting Captur at the IAA in Frankfurt, is sure that he can offer an electric car at 10.000 euros in a few years /Renault

At the IAA motor show in Frankfurt, Thierry Bolloré, CEO of the French car manufacturer, Renault, presented the new Captur. At the same time, he commented on some hot issues regarding the company, the Alliance with Nissan and the automotive world in general.

Renault didn’t plan to go to Frankfurt at all, but given the debut of the all-important Captur (until now the best sold small SUV in Europe), it just went there on the first press day to hold a big press conference followed by a round table on the questions pending.

In the car industry, there is a big discussion about the feasibility of an electric car in the so-called A-segment of the market, the smallest cars that are for sale for less than 10.000 euros. Some of the manufacturers say it isn’t realistic to have such a small EV at an affordable price. They sometimes even withdraw from the segment altogether.

Others, like Renault, are determined to stay in the segment (Twingo is the Renault competitor) and are even thinking of launching an electrified version. “We know the segment is not the fastest grower,” says Bolloré, “but new regulations can change things.”

“With Zoë, we’ve found our economic balance already; now we are looking to do the same for a much lower price. It is possible; we are working on the development of an EV in the A-segment with a price tag of around 10.000 euros. The proof that we can do it is the K-ZE we just launched in China.”

The Renault K-ZE is a small cross-over Renault is going to sell in China at a starting price of some 8.000 euros. Some analysts think it will be a ‘Europeanized’ version that will come to the old continent in a few years for ± 11.000 euros.

Until now, this is pure speculation: Bolloré has insisted there will be a next Twingo and that there will surely be a fully electric version.

“Scale is also important here,” adds Bolloré. “With batteries getting better and cheaper, it’s even possible in the longer term to produce and sell electric Dacia models and make money with it. It’s a matter of scale and quality, in design and industrial processes.”

Future of the Alliance

With the talks about a possible fusion between Renault and Fiat Chrysler Automobile earlier this year, the Alliance with Nissan (and Mitsubishi) came under pressure. There had been the ‘Ghosn case‘ already, but at Nissan, they were not happy at all being informed very late about the negotiations with FCA.

As the French state (a major shareholder of Renault) wasn’t happy either, the deal didn’t come through. The politicians insisted that Renault should first focus on the Alliance again. Now that the current Nissan CEO, Saikawa, is leaving, it’s the time to strengthen the Alliance’s ties again.

“The first thing we are interested in,” Bolloré continues, “is a healthy Nissan, back on track and confident again. Everything that gets Nissan healthier can help.  The Alliance is based on equal weight between the partners; even Mitsubishi is not the small or neglected partner.”

“The Alliance was in advance of its time. The recent problems don’t mean it is dead. The Alliance is not part of the problem in the modern car industry; it’s part of the solution. But we will have to move continuously.”

“At the moment, we don’t talk to FCA anymore. Their proposal is dead. But that doesn’t mean we are not open for future collaborations or alliances. The trend is the same for all OEMs. The benefits of scale will drive us together. The industrial reality in the car business is that you will have to be big and present in all segments to survive.”

That means that Renault also has to continue making more prominent and more premium cars (more substantial benefits). “We are not afraid of that,” says Bolloré. “Growth for us means global access, not only geographically but also sociologically. We are surely interested in high-end or premium mobility. Some of our recent prototypes prove that we could also compete in this market.”

“Take Alpine, for example. I can confirm that the brand will be extending. The Alpine A110 has been very well accepted by the market, and this success stimulates the development of other models. But the enriched offer will always have the same specificity.” 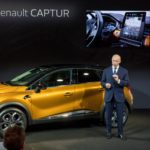