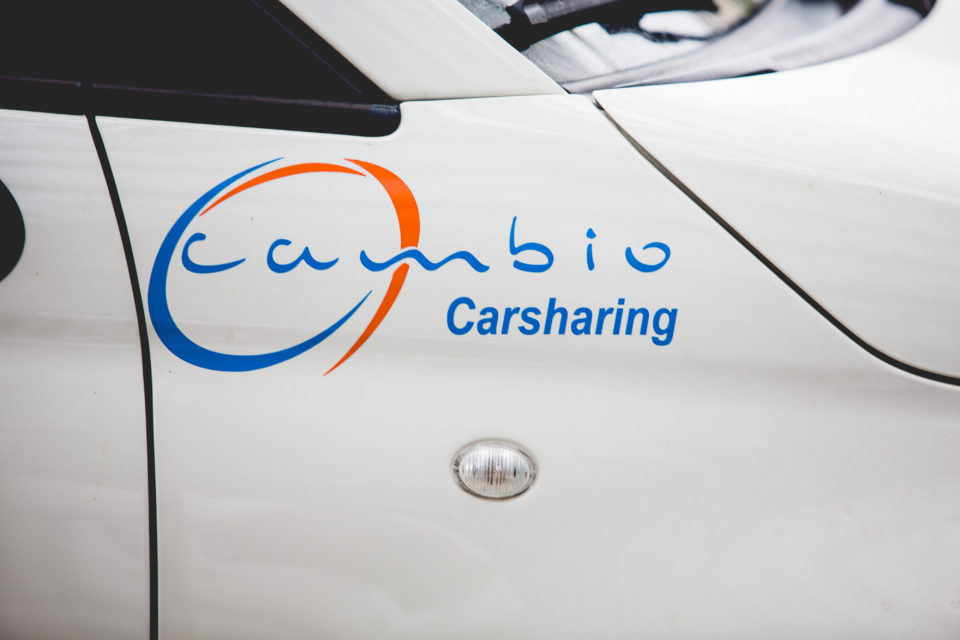 Cambio celebrates its fifteenth anniversary in Flanders with some 21.000 subscribers using a fleet of 722 cars /Belga

Car sharing service, Cambio, born in 2000 in Germany, is celebrating its fifteenth anniversary in Flanders. Serving 21.000 people with a fleet of 722 cars, it manages at least to break even, while the free-floating car-sharing companies in Belgium are still burning money at high speed.

Originally, Cambio was an initiative of three German cities, Aachen, Breman, and Cologne, that decided to bring together their StadtteilAuto services (shared city cars).

Cambio still keeps rigidly to its system of fixed drop off stations where the cars can be found after being reserved by phone or an app and have to be returned to the same place after use. Users register once and pay per kilometer, invoiced per month.

These clients are mostly singles and couples (64%), and fewer families with children (34%). Mostly people that tend to do fewer than 10.000 per year and appreciate the comfort of not having to look for parking spaces.

Cambio serves companies too that offer their employees a shared car this way, rather than to invest in its own car fleet.

The Cambio car fleet offers various sizes and different levels of comfort. It goes from city compacts, like the Citroën C1, Fiat 500 or Ford Fiesta, over Berlingo, Cactus or VW Caddy to a Peugeot 308 or Citroën C4. Or vans like the Citroën Jumpy or Opel Vivaro.

Not every type of car is available in every city, though. In Ghent, Cambio even has a cargo-bicycles in the offering. Most Cambio cars are still classic ICE (Internal Combustion Engine) cars, but electric cars like the Renault Zoe or Nissan Leaf are growing in numbers.

In the next years, Cambio wants to push the e-car further and offer MaaS functionality (Mobility as a Service) in the app with ticketing for public transport to be combined with shared Blue Bikes or a Cambio car for the last kilometers.

Since their origin, all regional Cambio organizations in Belgium have managed to be at least break-even. Something that isn’t the case yet with several free-floating car-sharing services, like DriveNow (BMW) and competitors, like Poppy (D’Ieteren) or Zen Car.

BMW already lost some 8,4 million euros with DriveNow. D’Ieteren invested 5 million in Poppy. And Zen Car, which offers only electric cars, has changed its business model to focus mostly on government administrations and companies. Private individuals can rent cars if available in the evening or at weekends.

Other providers threw in the towel and left Brussels, for instance, like Europcar’s daughter Ubeeqo or Zipcar. The latter sold its Brussels’ client base to Poppy that besides cars also offers scooters and e-scooters. Altogether an estimated 29 million euros of losses were booked so far by car-sharing companies.

The system of free-floating cars that can be found with an app and dropped everywhere within a certain perimeter in the city is costly to set up. You need a large car fleet to cover a wide area and maintenance costs are high.

Cars often get a good deal of punishment by clients that don’t care too much. And you need an organization to fill up or charge the cars and clean them.

The high investment costs are a problem that Cambio with its classic approach faces less. “Other car-sharing services flood the city with cars and hope the market will follow,” says Cambio Flanders manager Geert Gisquière. “We grow in par with user demand. If we grow 20% each year, it’s because demand grows 20%.”

That demand for car sharing is growing; it is evident as more people begin to see the benefit of no longer owning a car that stands still unused 95% of the time. But it needs time to seep through with the general public.

Aiming at the long term

And that’s a trend the big guys are aiming at. They see it as an investment in the future and don’t need to be profitable right away. They’re aiming in the long term.

DriveNow is waiting on the BMW and Daimler headquarters to take the plunge to merge into ShareNow with Smart2Go. They don’t think to be profitable in the next three or four years. To break even, DriveNow needs 60.000 subscribers in Belgium but is only halfway today.

At Poppy, they hope to be breakeven in two to three years. “In Brussels, more than 400.000 cars are driving around of which less than 1.000 shared cars,” says Poppy’s CEO Valentin Haarscher.

“There is room for 10 to 20.000 shared cars. I’m sure within ten or twenty years free-floating car sharing will have a far bigger fleet than fixed station sharing providers like Cambio. Free-floating is simply a more difficult business because we take care of people who need a car fast.”