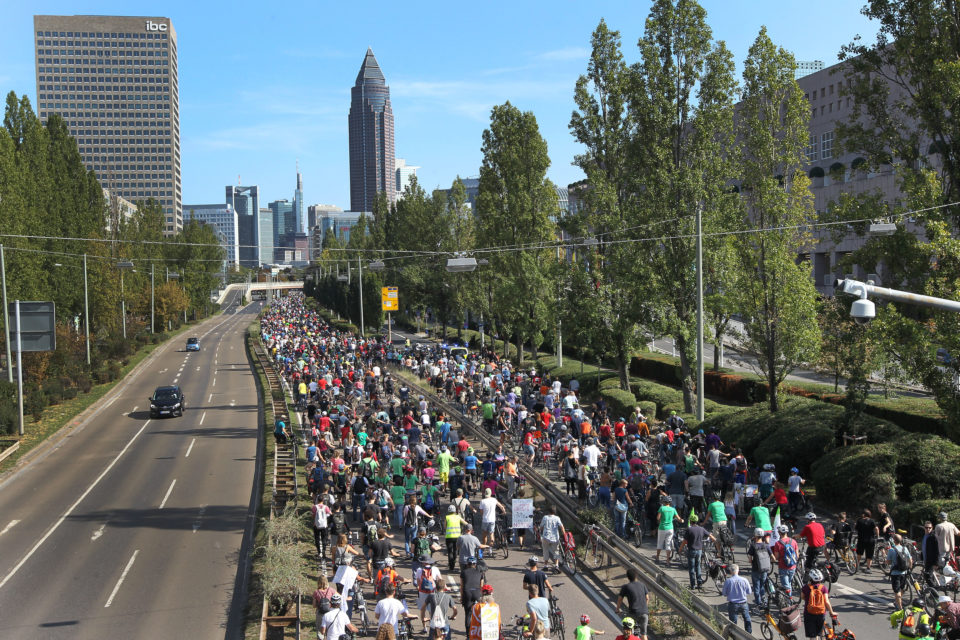 Between 15.000 and 25.000 cyclists headed over to Frankfurt to protest against the automotive industry at the IAA motor show /AFP

This weekend, between 15.000 and 25.000 protesters for climate have ridden their bicycles to the International Frankfurt Motor Show (IAA). They call for a ‘revolution in transport.’

Banners and protests were deployed outside the Motor Show. Last Thursday, on opening day, protesters took over the BMW, and Volkswagen stands during the chancellor’s visit.

Environmental protests are brooding all over Europe. Followed by the Flygskam originating from Northern Europe, environment protesters are now rebelling against cars.

In Germany, most of them rallied at the Frankfurt Motor Show seen as the mecca of the automotive industry. Protests were fuelled even more by a car accident involving a SUV that killed four pedestrians in Berlin last week.

“The automotive industry is under pressure, it no longer has the support of society as it did a few years ago,” explains Tina Velo, spokesperson for the collective ‘Sand im Getriebe’ (sand in the gears).

“This Motor Show represents the past century. We want the future to belong to buses, trains, and bicycles. We don’t want more of these big SUVs and cars that consume a lot,” adds Christoph Bautz, director of Campact Group, co-host of the event.

For the press days opening, Greenpeace installed a huge inflatable black balloon with CO2 written on it in front of the hall. “Carmakers must stop with these huge cars and stop producing internal combustion engines,” declares Benjamin Stephan, Greenpeace militant.

During Angela Merkel‘s visit, protesters took over BMW and Volkswagen stands. They stood on top of SUVs deploying banners with a ‘Climate Killer’ inscription.

‘Sand im Getriebe’ calls for a total abandon of car use. This collective is one of the most radical climate groups of Germany, ready to take all legal and illegal actions to make their voices heard. The collective is relying on a few hundred people to continue to “disrupt the Motor Show.”

After the IAA, Berlin will be in all protester’s eyesight. The government should present new measures to combat climate change on September 20th. Calls to protests have already been launched in many German cities. 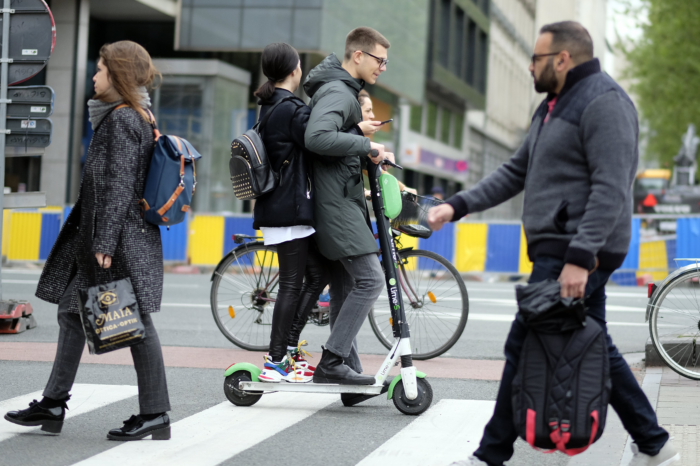 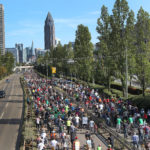