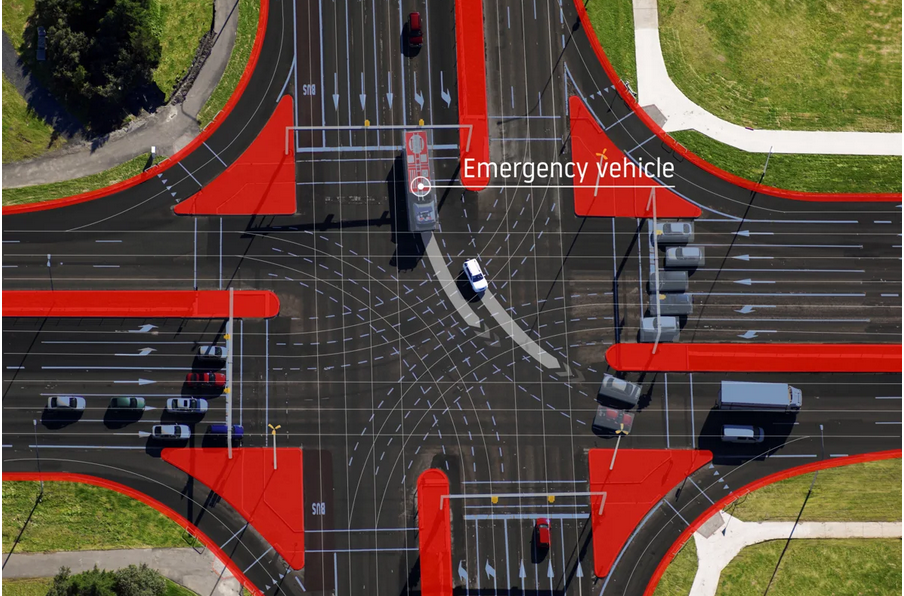 Dutch mapmaker TomTom is working with Verizon, one of America’s biggest telecom providers, on making crossings safer for emergency vehicles at high speed. Like pursuing police cars, ambulances, or firetrucks. Both companies announced that at the San Francisco TechCrunch Disrupt event for tech start-ups this week.

The tools TomTom and Verizon use are high definition maps, a superfast 5G network, and intelligent road infrastructure at the Mcity Test Facility of the University of Michigan’s North Campus in Ann Arbor.

Mcity is a complete ‘mock city’, a proving ground for autonomous vehicle testing, built in 2015 on a 13 ha terrain that mimics all possible traffic situations of a standard US city. It’s used by car manufacturers Ford, GM, Toyota, and Honda, among others. Since September, Verizon has its state-of-the-art Ultra Wideband 5G network up and running at the proving ground.

The technology to give certain road users priority at crossings by letting them influence the red lights from a distance is something that is experimented with public transport on several places in the world. But in the case of emergency vehicles that are driving at high speeds through the city, the rate of interaction is critical.

6.300 accidents with ambulances a year

According to statistics dating from 2014, released by the National Highway Traffic Safety Administration (NHTSA) and based on 20 years, there are, on average, 6.300 accidents with ambulances each year in the US. In these accidents, on average, 2.600 people are injured, and in 35% of the cases, at least one casualty is counted in one of the vehicles involved.

For firefighters, the second cause of on-the-job deaths are accidents with the firetruck, 70% when in emergency mode. Over ten years, some 31.600 collisions with fire vehicles were taken into account.

Person a day killed in pursuits

In the case of police vehicles, a police report dating from 2012 stated that one person is killed in a pursuit-related crash nearly every day. Other studies by the Washington University over the period 1994-2002 show similar figures with, on average, 300 deaths a year. 30% of the fatalities were people not involved in the pursuit.

The 5G technology of Verizon’s Ultra Wideband network offers high bandwidth, low latency, and the ability to connect hundreds of devices – vehicles and road infrastructure – in a relatively small area and lets them ‘talk’ to each other instantly. In Europe, though, the EU Commission favors proven wifi-technology instead of connecting cars in the future.

The TomTom high definition maps can draw up in nearly real-time 3D maps of upcoming crossings with all moving traffic, using the data sent by all devices over the 5G network. This way, it will not only be possible to influence traffic lights, but also to warn all connected vehicles before they come into each other’s sight. It will be crucial for autonomous cars in the future. 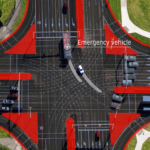