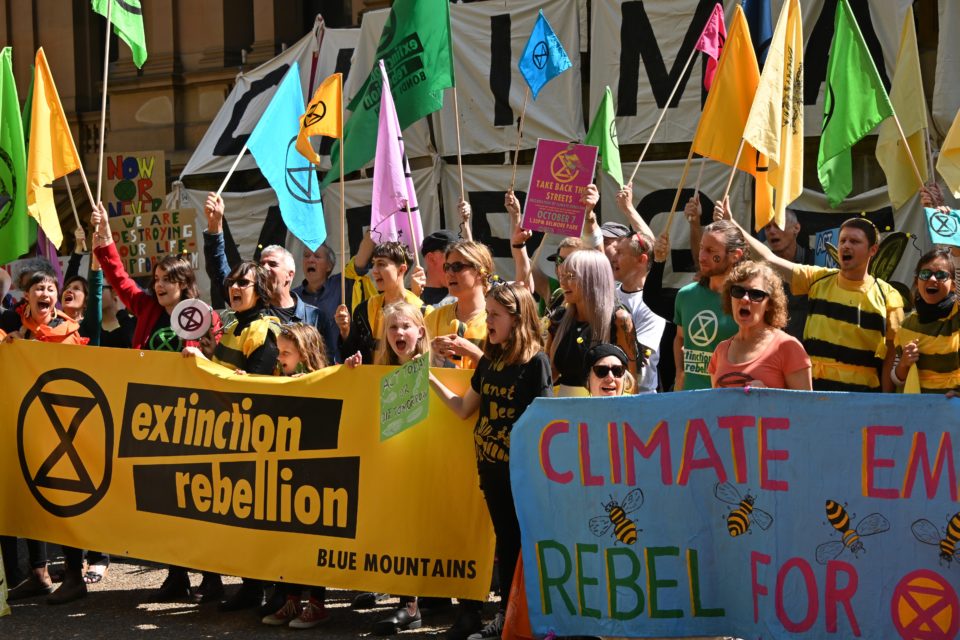 Extinction Rebellion activists shouted slogans at a gathering in the streets of Sydney (Australia). They asked authorities to take urgent action on climate change /AFP

Last Monday, the climate action group, Extinction Rebellion, blocked the central axes in several capitals all over the world. Thousands of rebels gathered in the streets of Amsterdam, London, Berlin, and Madrid, but also in New-Zealand and Australia. Extinction Rebellion demands immediate and drastic actions from authorities to fight against climate change.

Two weeks after Greta Thunberg’s furious call the movement opted for civil disobedience as a weapon to be heard all over the world. By locking the principal axes, they tried to disrupt the normal traffic flow. In the United Kingdom, the epicenter of the Extinction Rebellion, the Westminster Bridge in London in front of Big Ben was blocked. According to the police, 135 people were arrested.

“We need some radical changes,” one of the activists told the AFP, but the only thing the government is thinking of is the Brexit.”

Not everybody is happy with the actions, though. According to a 54-year-old taxi driver, held hostage in his cab on Trafalgar Square, the climate activists will get the opposite effect. In the end, people will turn against them, he said.

In Spain, the movement gathered 200 climate rebels in front of the Ministry of Ecological Transition in Madrid. Some of them had the intention to camp over there. There were actions in Berlin and Amsterdam, where 90 people were arrested. In Paris, several activists occupied a commercial center as a symbol of capitalism, one of the activists explained.

Yesterday’s actions were the starting signal for two weeks of further activities in more than 60 countries worldwide. By the end of this week, the activists in Brussels will occupy the garden of the Royal Palace, an action that will probably take ten days. Further actions are announced in other countries too, like in India and Buenos Aires. 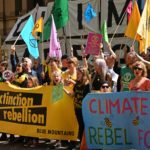