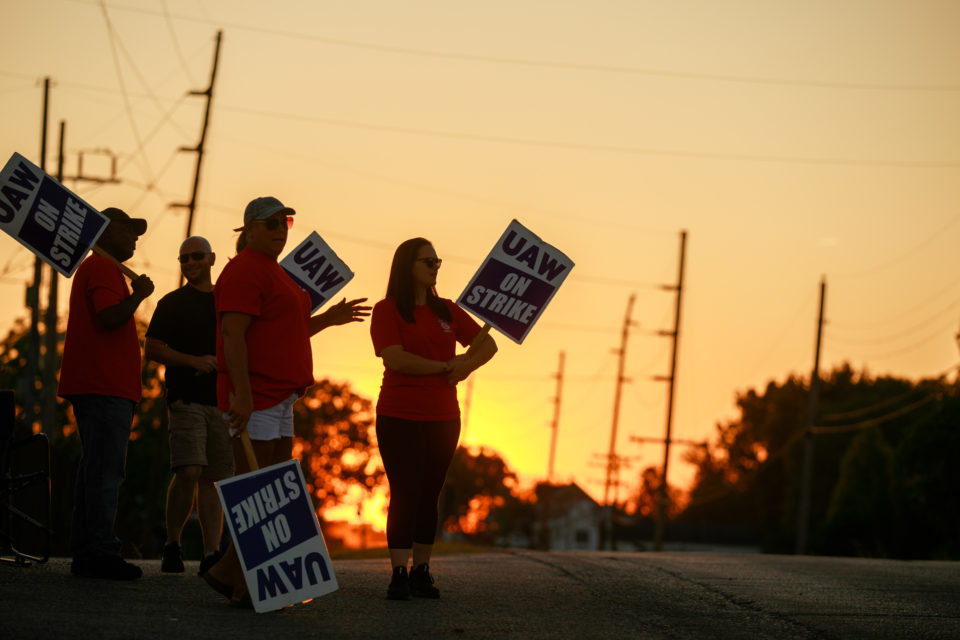 GM workers on strike at the Bedford plant in the US State Indiana. The strike has started on September 16th and is not over yet /Zumapress

For more than three weeks now, American car manufacturer, General Motors, sees his workers in the US on strike. This weekend there was hope that the negotiations would lead to an agreement. Yesterday the unions released a different message: “negotiations are turning wrong.”

Terry Dittes, vice-president of the United Automobile Workers union (UAW), declared the following. “After making good progress on important issues two days ago, the company has now shown its reluctance to compensate at a justified level, the dedicated efforts of its employees.”

Last Saturday, the UAW made a great proposition on wages, premiums, job security, pensions, qualified jobs, profit sharing, etc. “In your response on Sunday, you didn’t even have the politeness to explain why you are rejecting it,” says an indignant Dittes in a letter to Scott Sandefur, VP in charge of social relations at GM.

“Our proposal was very detailed and tried to agree as soon as possible,” he added. On Friday, GM announced that it would cover the health care of all workers during the strike, and that was seen as an opening. On Sunday, the company “retired on its former point of view, scarcely modified”, indicated the UAW.

We wait for a real response from GM and to explain its views on our proposition like the law and decency prescribes,” concludes Dittes.

Almost 50.000 GM workers in the US are on strike now for several weeks. The complete production stop is now also affecting Canadian and Mexican factories. They are faced with technological unemployment.

Apart from the social advantages and the wage hike, UAW also asks better conditions for the employees hired after 2009, when the Obama administration saved GM from bankruptcy. It also opposes the closing of four factories in the US. It wants GM to reopen them.

GM is stressing that it invests 7 billion dollars in the US, creating 5.400 supplementary jobs, and raising all salaries. Analysts fear that this strike will finally cost GM 100 million dollars for every day of the strike. Till the end of last week, 120.000 cars were already lost in production. 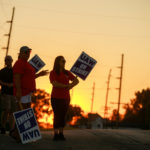