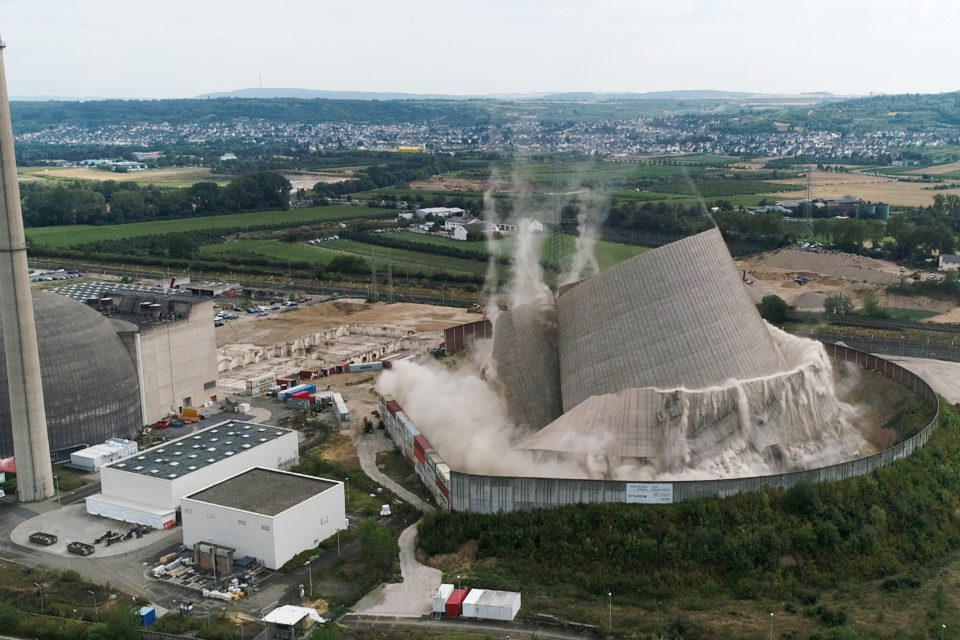 A picture taken on August 9th, 2019 near Koblenz, shows a view of the cooling tower at Muelheim-Kaerlich nuclear power plant during its demolition in a controlled collapse /Belga/AFP

In a while, Germany has no energy production out of coal or nuclear power anymore. Some say that you can’t resolve this with wind and sun alone. Nuclear power should be prolonged for a while, indicate certain specialists.

Both decisions imply that 42% of the current electricity supply will be gone in 20 years. Germany still has to find a reliable alternative for it. “We should have stopped the coal plants first and wait with the nuclear power,” said VW CEO, Herbert Diess, recently.

At the moment, the last nuclear power central should be closed in Germany in 2022. Just after the Fukushima tsunami in 2011, 513 MPs (of the 592 present) voted for the immediate closing of eight plants and the gradual closing of the nine others (before 2022). At the moment, seven of them still function, delivering 13% of total electricity.

At the beginning of this year, Germany also decided that the coal power plants have to close before 2038. Otherwise, the country can never meet its climate targets. Coal plants (coal and lignite) still deliver 29% of all German electricity today.

“We made a mistake in 2011,” says Michael Fuchs, energy specialist and from 2002 till 2017 federal MP for CDU. In 2011, he was an ardent adversary of the closing of nuclear plants; that’s where he got his nickname ‘Atom-Fuchs’.

“I’m not a fan of nuclear power,” he adds, “but our industry needs a lot of energy. The company BASF on its own consumes more energy than the whole of Denmark.” The problem is that Germany hasn’t resolved the storage problem for its renewable energy yet. “When there is no wind or sun, we have to fetch electricity in Poland (coal), or Czechia, and France (nuclear). What’s the gain?”

But now the path is taken, and nobody wants to go back. The Minister of Environment and Nuclear Security, Svenja Schulze: “What we don’t need is going back to nuclear. It’s dangerous, it’s dirty (more nuclear waste), and it’s expensive. Furthermore, it blocks future energy networks based on decentralizing.”

Back to nuclear is a no-go

Even the energy-producing companies are now against a return to nuclear. “This is a real no-go,” says Frank Mastiaux from energy producer EnBW. Eight years ago, the company produced 85% of its energy out of coal and nuclear. Now it’s 20% and shrinking.

“We have taken a clear decision in this country, now is not the time to retrace our steps.”It’s a difficult question, says Ben Wealer from the German institute for economic research (DIW). “It makes no sense to set coal and nuclear against each other.”

“It is true that nuclear power plants emit no CO2 while generating electricity. But a lot of CO2 is produced by building the plant and during the production of fuel elements. And, of course, there is the environmental weight of having to dismantle them after 40 to 60 years.

Recently, Wealer has written a report about it, entitled “too expensive and too dangerous: nuclear power is no option for a climate-friendly energy policy.” This year, a nuclear power plant in Germany had to be closed because of extreme heat. The cooling water was too warm.

Already now, 46,7% of total electricity production in Germany is from renewable sources. In 2030, this has to exceed 65%. There is only one problem: more and more local action takes place against renewable energy sources (windmills, solar parks). Green energy, yes, but ‘Not In My BackYard’ (NIMBY).

The additional problem is that renewable energy is mainly produced in the northern part of Germany, while most power is needed in the center of the country or the south. Therefore 7.700 km of the energy transportation network is required (at present, it’s 1.100 km). Here also, neighboring citizens vote against it. So, we’re back at the starting point. 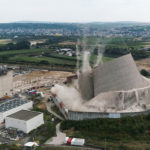