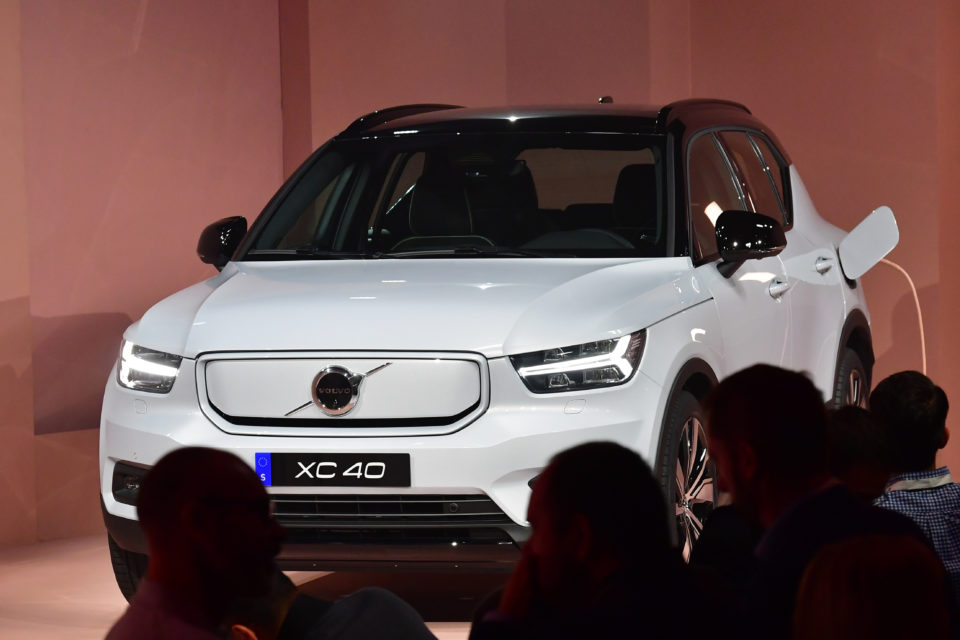 The Swedish carmaker, Volvo, has finally unveiled its first full-electric car at an event in Los Angeles (US). The Volvo XC40 Recharge kicks off a new era for the carmaker whose ambition it is to have 50% of all of its cars ‘sold’ worldwide to be fully electric. But that Volvo should also be 50% rented through a subscription formula, instead of being owned by then.

The new XC40 Recharge will come to full production at the Volvo Car plant in Ghent, Belgium, in September 2020, plant CEO, Stefan Fesser, told the Belga press agency. With some 6.600 employees, it is Volvo’s biggest factory in Europe, and it will build the electric XC40 for all world markets, except for China.

Fesser estimates that test production will be concluded by summer 2020, as the whole factory and all its personnel – from management to blue-collar workers and maintenance staff – has to be readied for the full electrification and get intensive training to cope with the dangers of the high voltages.

Although it looks like its ICE sibling, it is an entirely different car underneath, starting with the chassis that carries the different drivetrain, Fesser says. A brand new battery assembly factory was built next to the Ghent plant for that purpose.

For the Chinese alternative Lynk & Co Model 1, there are no plans yet to make it in Ghent too, Alain Visser, Belgian, and Vice-President of the new Chinese brand, also owned by Geely, confirmed. Initially Volvo Cars Gent wanted to invest an estimated 100 million extra in the Ghent factory to start building the first 70.000 Chinese Lynk & Co 01 crossovers for Europe by the end of 2019.

‘Recharge’ will be the overarching name for all chargeable Volvos in the future, full-electric and hybrid. Volvo has committed itself to no longer develop cars with only an internal combustion engine (ICE), as the company already announced in 2017.

The XC40 Recharge gets a 78-kilowatt-hour battery giving it a range of some 400 km, according to WLTP (Worldwide Harmonised Light Vehicle Test Procedure), the European standard to measure energy consumption and emissions. Fast-charged at 150 kW max, it should charge to 80% in 40 minutes.

It compares with Volvo’s Polestar 2 unveiled in February, which is more or less the same car in its underpinnings. With a 408 pk (300 kW) powertrain, the Volvo hits the 100 km per hour in 4,9 seconds. That is 0,2 seconds ‘slower’ than the Polestar. Both would sell just under 60.000 euros. Delivery to private customers should start in October 2020.

This first fully electric Volvo marks the start of an ambitious plan to reduce the footprint of all Volvo cars with 40% by 2025 over their entire lifespan. A first step, Volvo says, to achieve the goal of becoming a completely carbon-neutral company by 2040.

“We are transforming the company by concrete actions instead of promises,” Volvo CEO, Håkan Samuelsson, says. “Volvo will tackle the problems it controls itself: emissions by our cars and how we can influence our suppliers.”

To get to this 40% lower CO2 footprint, Volvo will need to sell 50% full-electric cars and the other half hybrids by 2025. In the international supply chain, Volvo wants to reduce CO2 by 25%, and it pledges itself to use 25% recycled plastics. With every new model revealed, Volvo promises to publish the real CO2 footprint figures over its entire lifespan.

No longer owning a Volvo

Another remarkable first in the traditional automotive industry is that to be able to reach the goal of selling 50% off all cars to be electric, it is Volvo’s ambition to have 50% of that future fleet offered to users in a subscription model, rather than them having to own the car.

Volvo is already offering a subscription model in several markets around the world, called ‘Care by Volvo’, for part of its popular models. An all-in rental formula for two years with monthly payments.

It differs in that way from a private lease that the subscription can be canceled at any time during those two years after three months of notice, giving the car user even more flexibility to change cars whenever he wants to.

In China, the Lynk & Co 01 car is sold in 150 brick-and-mortar stores for just under 24.000 dollars, and the top-spec model (with leather seats, big rims…) at about 30.600 dollars. But it is available with a monthly subscription fee too.

Lynk & Co justifies this by the car being permanently connected to the internet and having lots of connection options, including a dedicated ‘app store’ and the ability to share the car with the click of a button. That’s the way Volvo is going too. 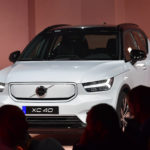