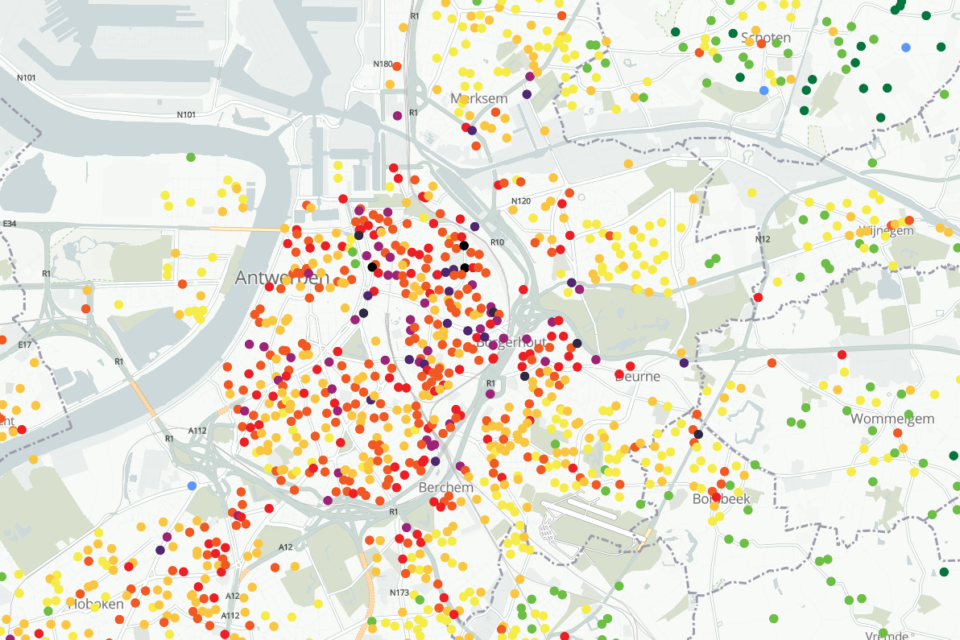 In the blue and green zones, the air quality was okay, but the red dots indicated seriously polluted areas. In reality, however, people don’t stay at home all day. So the results only gave a ‘static’ impression /CurieuzeNeuzen

Last year, they organized the CurieuzeNeuzen initiative, the largest ‘civil research project ever’ in Flanders, in which 20.000 volunteers participated to measure the air quality at home. They recently executed a follow-up analysis to compare the results.

The original study showed that the concentrations of nitrogen dioxide, an indication of air pollution, varied significantly from street to street. In the blue and green zones, the air quality was okay, but the red dots indicated seriously polluted areas. In reality, however, people don’t stay at home all day. So the results only gave a ‘static’ impression.

That is why the researchers organized an additional survey among 5.000 people – one-quarter of the initially interviewed participants – asking them when and where they went off to work or school, and how they traveled. The obtained results were then linked to the original research. The initial results from home were linked to the air quality along the chosen route and at their destination.

A remarkable example of the difference between the static and dynamic air pollution charts was to be seen in the border communities of Antwerp. The dynamic exposure of people living in the ‘green’ municipalities, like Kapellen, Brasschaat, or Zoersel, was 20 to 30% higher than the results measured at home.

And the dynamic exposure probably is even higher, mainly because the impact of the car is underestimated. The researchers didn’t take into account the traffic jams in which concentrations of air pollution are higher. They also left aside the amount of air people inhale, but we can assume that people walking or cycling in the streets breathe in more air than at home.

Last year, 5% of participants of the CurieuzeNeuzen project said they were considering moving for health reasons, but, according to the researchers, and based on the new findings, it makes no sense. “People’s exposure would only slightly improve,” Evi Dons of the Hasselt University says. “And if it means you have to commute to highly polluted areas, it won’t have any effect at all. On the contrary. You’ll only worsen the situation.”

“Air quality is more than nitrogen oxide alone,” says Filip Meysman of the Antwerp University. “If you move to the countryside and your neighbor uses wood for heating – the most polluting way for heating by far – your exposure will even be worse than before.” 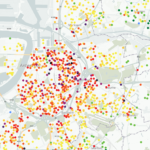