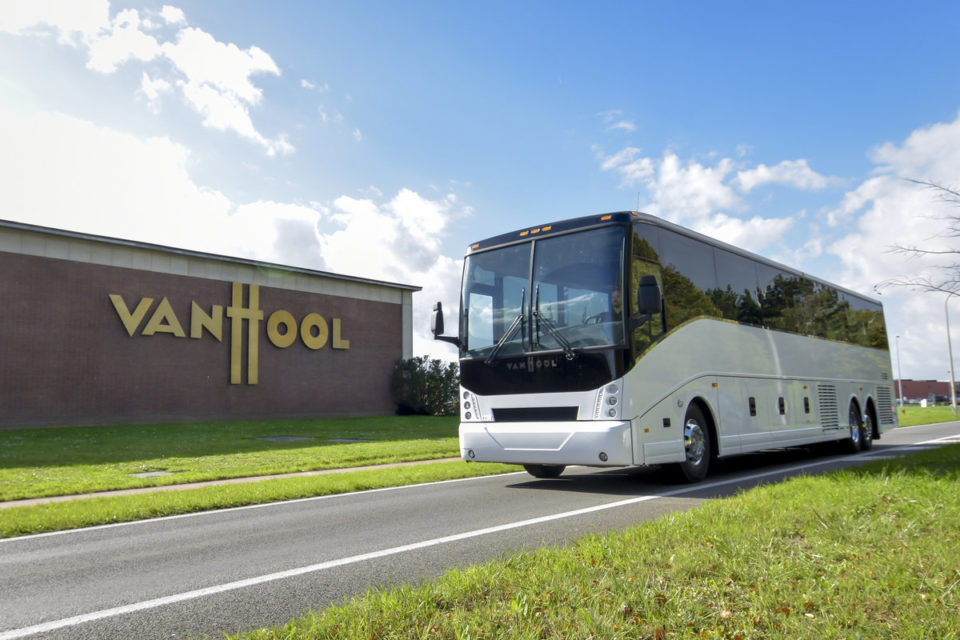 The Belgian bus manufacturer, Van Hool, unveils its first battery-powered electric coach. The CX45E, dedicated to the US market, has an action radius of more than 300 kilometers thanks to an E2 battery-pack provided by American specialist, Proterra. The fully electric coach will be mainly used for employee commuting and regular short-distance transport.

At the 2019 Busworld Europe on the Brussels Expo site, Belgian bus and coach manufacturer, Van Hool, presented three world’s first. Besides the new affordable EX11, sits the new fuel cell Exqui.City bus that will run in the French city of Pau by the end of the year.

The star of the show, however, is Van Hool’s new, fully electric coach designed for the American market. The CX45E is the first of its kind to be powered by a battery-electric powertrain. American specialist, Proterra, is supplying the E2 battery that gives the coach an operating radius of more than 300 kilometers.

“This 100% electric vehicle will benefit from a large range, and it will mainly be used for employee commuting and regular passenger transport over short distances,” declares Dirk Snauwaert, Van Hool’s spokesperson.

Popular, except in Belgium

The bus manufacturer is getting more popular by the day thanks to its innovations in the passenger transport sector. Founded back in 1947, Van Hool employs 3.450 people in its home base of Koningshooikt (Lier, Belgium). Some 1.300 employees also work at the assembly line in northern Macedonia. Furthermore, with the arrival of the new electric CX45E, an assembly plant will be built in the USA.

“We have produced 131 fuel cell buses and more than 300 tram-buses. Our vehicles run in Aberdeen, Cologne, Norway, Barcelona, etc.”, explains the spokesperson. However, Belgium is lagging. “Five fuel cell buses are running in Antwerp. Apart from that, it’s a bit complicated. De Lijn ordered 14 tram-buses that should connect the Airport at Brussels Expo, but the Brussels Region hasn’t yet given the authorization,” adds Dirk Snauwaert. 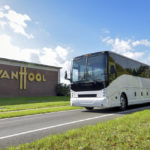