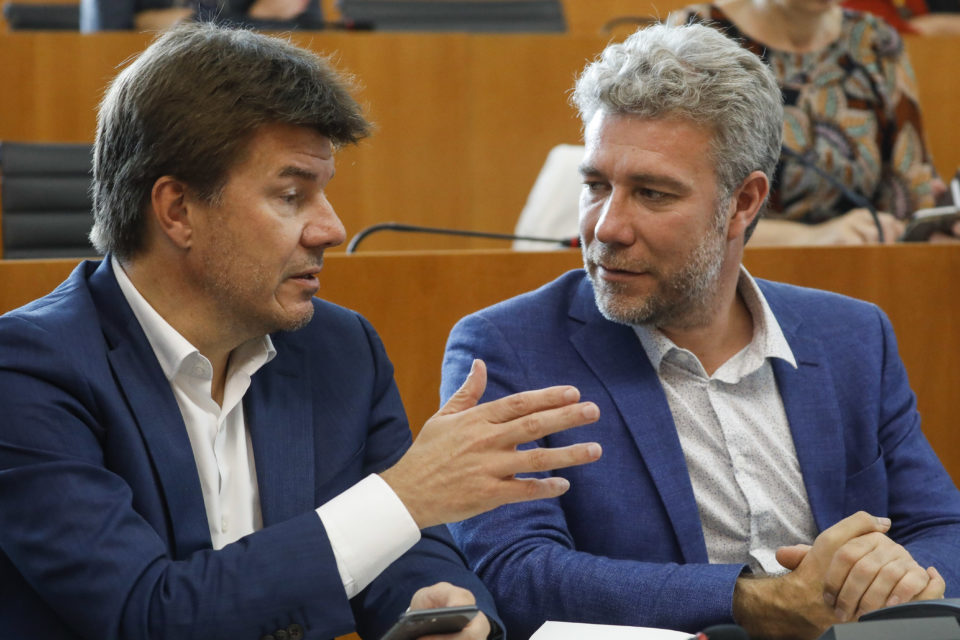 Sven Gatz (Open-VLD), Brussels Minister for Economy and Budget, and Ecolo’s Alain Maron, Minister for Climate (right), both emphasized that taxing car use in Brussels will remain in the pipeline, whether the other regions object or not /Belga

The Brussels government has approved on Thursday the final version of its climate plan for 2030, that it will submit to the EU Commission by December 31st. Brussels pushes through with its intention to ban diesel cars by 2030 en gasoline and LPG cars by 2035. Ambitious, but is it practically feasible?

The Brussels Region is the first of the Belgian regions to comply with the EU’s request for a climate plan to reach the Paris Agreement goals. That plan foresees to reduce CO2 emissions by 40% by 2030 compared to the reference level of 2005, 8% more than initially suggested in the drafts of the plan in 2018.

By 2050, Brussels wants to be carbon-neutral. The latter is in line with the EU’s ambitions and other big cities, Minister for Climate, Alain Maron (Ecolo), emphasized.

The energy needs from housing and buildings account for 60% of direct CO2 emissions in the Brussels Region. Apart from zero-interest loans, premiums, and green bonds to help financing insulating houses, a ban on charcoal heating by 2021 and on oil for heating by 2025 has been specified, among others.

The second major source of CO2 emissions is traffic. Brussels wants to push back the use of the car by 25%, as already traced out by the ‘Good Move’ mobility plan approved by the previous government in April 2019, just before the elections.

On top of that, Brussels wants to ban all vehicles with an internal combustion engine (ICE) by 2035, starting with diesel cars in 2030. The Brussels government initiated a survey among all stakeholders last year on the matter but didn’t fall for a diesel ban in 2025, and a gasoline ban in 2030, environmentalists like Greenpeace wanted.

Brussel has already a Low-Emission Zone in place for the entire region, but for the inner city, the so-called ‘Pentagon’, it won’t exclude that it will become a zero-emission zone earlier than 2030.

‘Impossible without a clear action plan’

Febiac, the Belgian federation of car importers, was swift to react. It apparently took a different tack by saying it is willing to interpret the Brussels climate plan as “supporting the importance of the transition to ultra-low and zero-emission mobility. Something the sector believes in and is investing heavily in.”

But Febiac thinks it will be impossible to reach those deadlines without a clear and decisive plan for how to accomplish this. By rolling out public charging infrastructure for electric vehicles, in which Brussels is trailing well behind, and no concrete actions or budgets are announced yet.

The federation says it sticks in its gizzard that the Brussels government is blind to new synthetic or renewable fuels that could provide a viable and reasonably priced alternative to help make the air cleaner and reduce CO2 along.

Another still ‘foggy’ area is how the government actually will give incentives for people to switch to ‘greener’ cars and punish the use of polluting vehicles by the tax reform that was announced in the government policy statement earlier.

The Minister for Mobility, Elke Van den Brandt (Groen), already gave a shot across the bows, by stating that Brussels will introduce a city tax before the end of this legislature, but got fierce headwinds from the other regions that don’t want a kilometer tax at all.

Sven Gatz (Open-VLD), Economy and Budget Minister for Brussels, didn’t want to show his cards yet, but told he is preparing a proposition to reform car taxes by spring 2020. “That car tax reform can only apply to residents of the Brussels region, but we can tax the car use in Brussels for the others,” he warned. 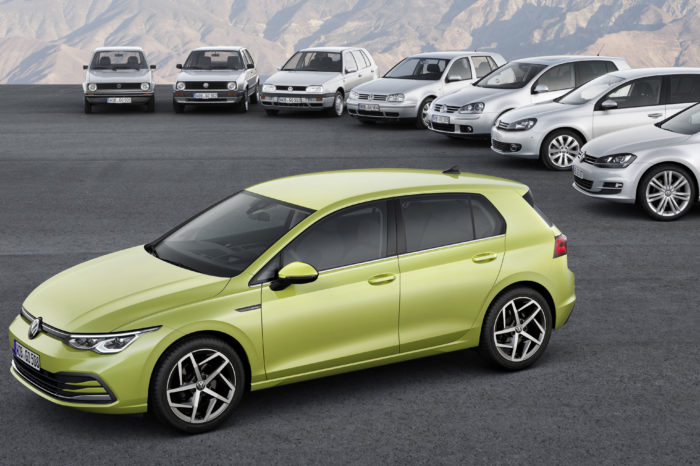 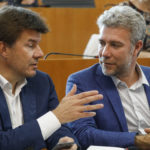