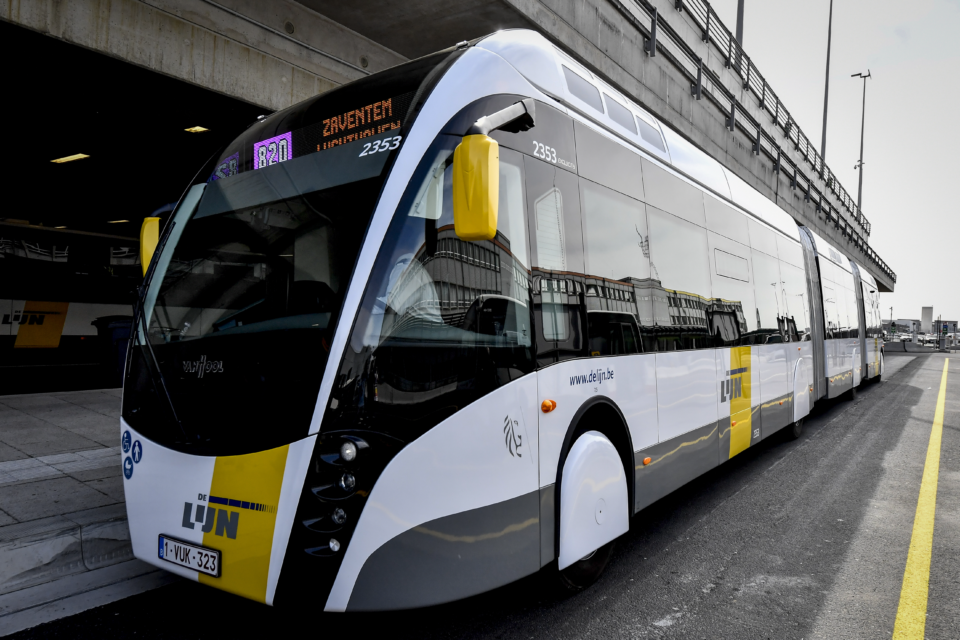 The Brussels government has given the green light for a tram-bus to the airport. In this way, the Brussels Minister for Mobility, Elke Van den Brandt (Groen), is reaching out to Flanders to solve a series of mobility issues together.

The planned tram-bus – a large bus that resembles a tram – will run from the Brussels Expo event hall via Vilvoorde to Brussels Airport. The line has already been planning for a long time, but the file ended up in a community swamp. The Ring Tram-Bus has to cross 5 km over Brussels territory, and the Brussels-Capital Region had not yet given its final approval.

“Brussels is the congestion capital of Europe,” says Van den Brandt. “To solve the mobility problems in and around the capital, we need to work together. The Ring Tram-Bus is a good example of such cooperation.”

Brussels seemed to be using better accessibility of Flemish Brabant through a redevelopment of the Brussels ring road and better public transport as a currency to get concessions in the airport file. The Brussels and Flemish governments are in complete disagreement about the noise standards for Brussels Airport. By approving the license for the Ring Tram-Bus, Van den Brandt breaks the deadlock.

Van den Brandt also wants to cooperate more on other mobility issues. “This is an outstretched hand. In Brussels, we are investing massively in public transport and cycling infrastructure.

We hope that Flanders will hurry with the new tramlines to Brussels and with connecting them to the Brussels cycle route network. Such infrastructure projects provide commuters with a legitimate and reliable alternative for escaping traffic jams.”

Van den Brandt refers to the plans for an airport tram from Brussels-North to Brussels Airport and Willebroek’s tram along the A12. A political agreement has yet to be reached between Brussels and Flanders on this matter.

According to the Flemish public transport company De Lijn, the Ring Tram-Bus has the potential to take up to 10.000 vehicles a day off the road. The company recently announced that the Ring Tram-Bus will run in March or April of next year.

The route – in fact, bus line 830 – runs from Brussels Airport to Machelen and Vilvoorde, and via Strombeek at Brussels Expo into the Brussels-Capital Region. The final stop is the UZ (hospital) of the VUB in Jette. It is the intention to have a tram-bus run every 15 minutes in both directions. 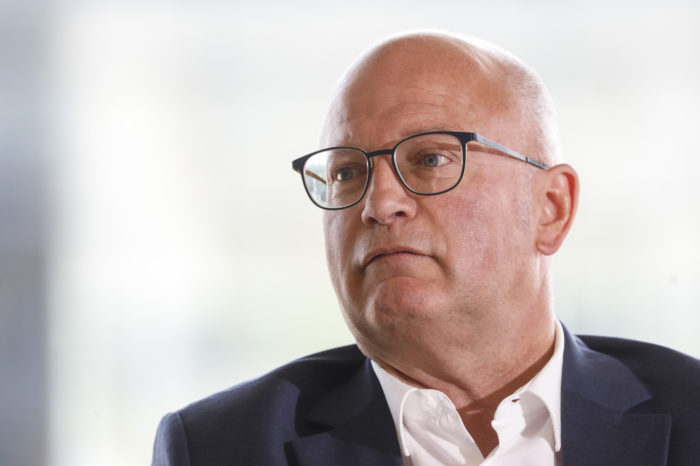 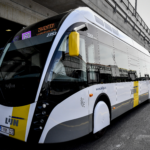