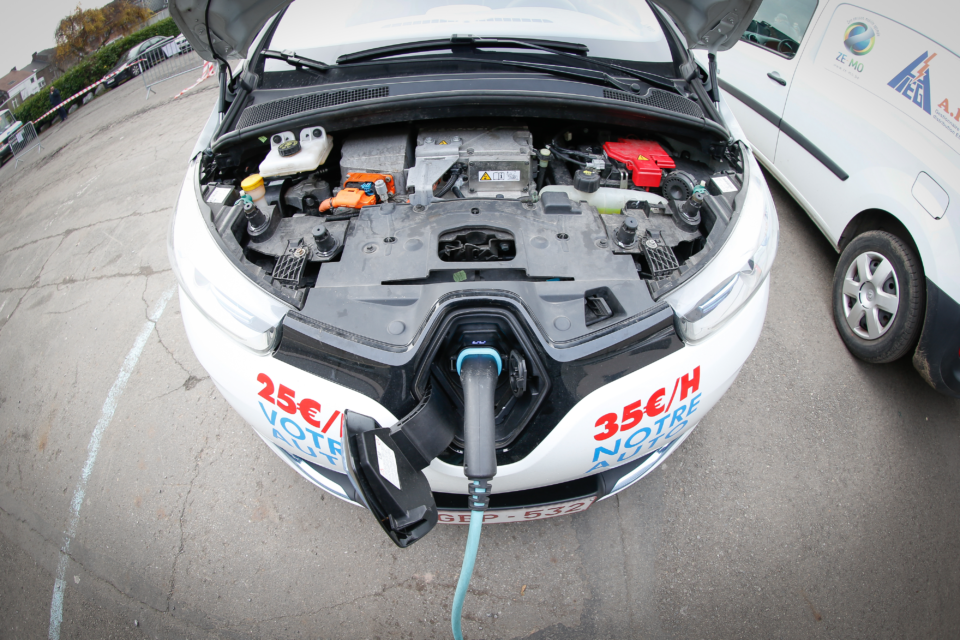 The electric car is slowly gaining popularity, but just now, the Flemish government is putting an end to the subsidy system as of 1 January 2020. This is a setback for the car industry and the environment, of course. “We are abolishing the premium because it concerns limited numbers and cars with a higher price,” says the Cabinet of Minister of Energy, Zuhal Demir (N-VA).

Flemish Minister of Energy, Annemie Turtelboom (Open VLD), introduced the ‘zero-emission premium’ in early 2016 to stimulate the purchase of more environmentally friendly cars and thus to improve air quality. Private individuals can receive a premium of 2.000 to 4.000 euros for the purchase of an e-car. Cheaper models, such as the Renault Zoe, are entitled to higher subsidies.

But the zero-emission premium turned out to be a flop. In 2017, barely 1,15 million euros of the subsidy pot of 5 million euros were used. Last year, 6,45 million euros remained untouched. In the absence of success, the premium was extended to shared cars, taxis, non-profit organizations, motorbikes, and mopeds. Only half of the 970 premiums that Flemish private individuals received last year were intended for e-cars.

Nevertheless, former Minister of Energy, Lydia Peeters (Open VLD), extended the subsidy system a few days before the elections in May until the end of 2020. “For many Flemish people, the premium makes the difference between switching to zero-emission or not,” Peeters then said.

Better use of public funds

But a few months later, the new Minister of Energy, Zuhal Demir (N-VA), whose party had criticized the premium for some time, is removing the liberal flagship. “Three-quarters of the electric cars are bought by companies, which benefit from a favorable tax deduction of 120%,” says Demir’s spokesperson, Andy Pieters.

“The premium, therefore, has little influence on the willingness to buy on the average private individual. The public funds can be used better and with more effect on the climate, such as the installation of additional charging points and the maintenance of the demolition and reconstruction premium.”

The automobile federation, Febiac, calls the abolition harmful to the greening of the Belgian car fleet and a brake on the future of sustainable mobility solutions. “Many people are already reluctant to buy an electric car because the charging infrastructure in Belgium is not up to standard,” says CEO Luc Bontemps. “A strong fiscal stimulus is still indispensable. Nowhere in the world has this market developed rapidly without a solid package of support measures.”

Jochem De Smet of Avere, the federation of electromobility, is on the same wavelength. “We are going to need large quantities of electric cars to achieve our climate ambitions.”

Less than 2% of the Flemish car market

Striking is that abolition is taking place just as more and more affordable and smaller e-models are coming onto the market. As a result, sales of e-cars are also on the rise. In Flanders, almost 3.500 pure electric cars were registered in the first half of the year, more than in the whole of 2018, and there were more premium requests – 593 cases, representing 2,2 million euros in aid.

With barely 11.140 fully green cars out of a total of 3,57 million passenger cars on the Flemish roads – or less than 2% of the Flemish car market – Belgians are currently not driving ‘zero-emission’ at all.

One in four is considering

Nevertheless, one in four Belgians is considering purchasing an e-car. The fact that they are not doing so is mainly due to the high purchase price, which is often still well above 30.000 euros. This is the conclusion of a study that Mobly had carried out last month.

If your order form is dated before 31 December, and you submit your application before 1 November 2020, you are still entitled to a zero-emission premium. In any case, the government’s target of having a fleet of 7,5% vehicles by the end of the year is completely unrealistic. At the moment, Belgium is at 0,3%, with only 3.000 charging points.

No need for subsidies

Transport economist Eddy Van de Voorde, professor at the UAntwerp, points out that the sector calls for premiums to be maintained while recognizing that e-cars are becoming cheaper. “Then, of course, there is no need for subsidies. The car manufacturers keep the prices artificially higher. Just look at the solar panels and the housing bonus. In most cases, the support disappears into the pockets of the producer or seller – the ones who are shouting the loudest, of course.”

Change the system of salary cars

What is striking is that in its new Air Policy Plan, which was approved by the Flemish government oo Friday, Flanders is urging the federal level to change something about the system of salary cars.

By 2030, the impact of air pollution on health should be halved compared to 2005. To this end, Flanders is aiming, among other things, at a greener vehicle fleet. “Flanders does not have the opportunity to introduce a sales ban on diesel,” the government states. “However, financial incentives can be used to promote the purchase of alternatives to diesel. (…) We are looking at how we can make zero-emission vehicles cheaper and what other incentives can be given to bridge the price gap for zero-emission vehicles.”

The road tax will be further reformed in favor of greener cars. 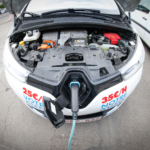