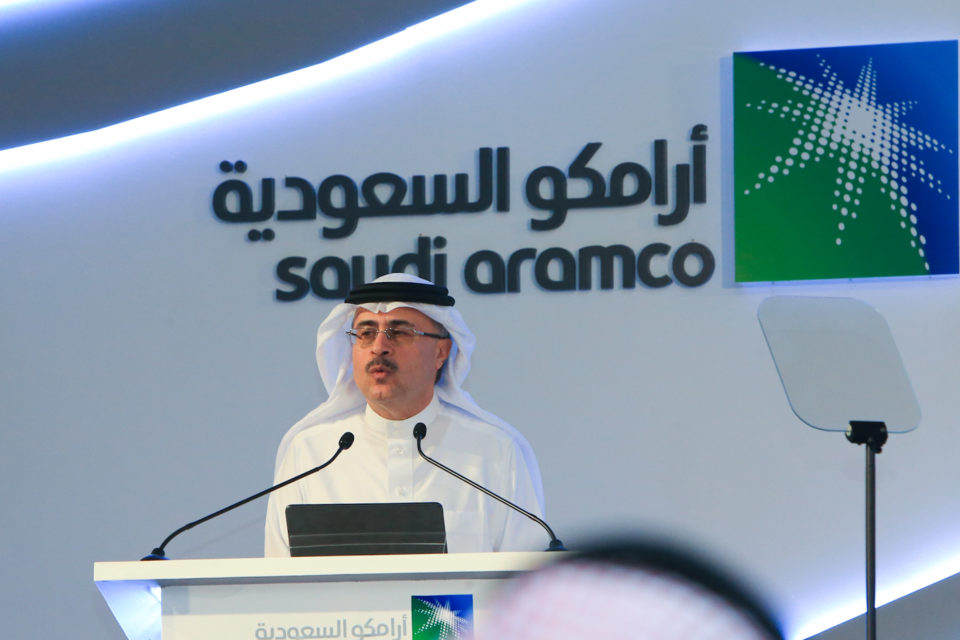 Amin Nasser, President and CEO of Saudi Aramco, speaks during a press conference in the eastern Saudi Arabian region of Dhahran, announcing Saudi Aramco it will list on the Riyadh stock exchange in what could be the world’s largest IPO /AFP

Saudi Aramco, the world’s biggest oil company by far, has finally officially announced it is going public in December to start financing Saudi Arabia’s post-oil future. Crown prince Mohammed bin Salman wants to use the money to invest in alternatives like mining, industry, and logistics for his ‘Vision 2030’ plan and becoming less dependent on oil.

Aramco, officially the ‘Saudi Arabian Oil Company’, is pumping up nearly 10% of the world’s oil production. Last year it made a profit of 111 billion dollars, more than tech companies like Apple (59,8 billion) or Google’s Alphabet (39,2 billion) together. To compare: American oil giant ExxonMobil earned 20,8 billion dollars in 2018.

The Saudis now want to go to the Tadawul Stock Exchange of Riyad, in the own country to start with and would offer 1 to 2% of the total number of shares initially, the Reuters press agency assumes.

An exact number or a precise date of the IPO wasn’t given yet by Yasir Al-Rumayyan, chairman of Aramco, at the press conference on Sunday. He said the company would release the prospectus on November 9th. With an estimated stock exchange value of the company of 1.600 billion to 1.800 billion dollars, the shares would bring in 18 to 36 billion dollars.

Only institutional investors, residents of Saudi Arabia, and the neighboring Golf-states will have access to the Riyad stock exchange. Originally the plan started from the premise that 5% of the company’s shares would be offered for sale. Still, the Saudis decided to a local IPO first, and later a second one on an international stock exchange that is yet to be defined, like New York or London.

Sitting on 260 billion barrels of oil

Since the discovery in Saudi Arabia in 1938 of oil relatively shallow under the desert sand and fairly easy to pump up, the Arab kingdom has become incredibly rich. Initially, it signed an agreement with the Americans, the Standard Oil Company of California.

In 1949, production of oil reaches a record level of 500.000 barrels per day and gets even a boost with the discovery of the Ghawar oil field, the world’s biggest with a reserve of 60 billion barrels.

In 1973, the Saudis acquired 25% of the oil company bringing their share to 60% and in 1980, the company is nationalized and named Saudi Arabian Oil Company or Saudi Aramco. Today, Aramco sits on a reserve of 260 billion barrels of oil, the second-largest oil reserve in the world after Venezuela. 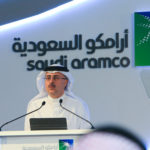