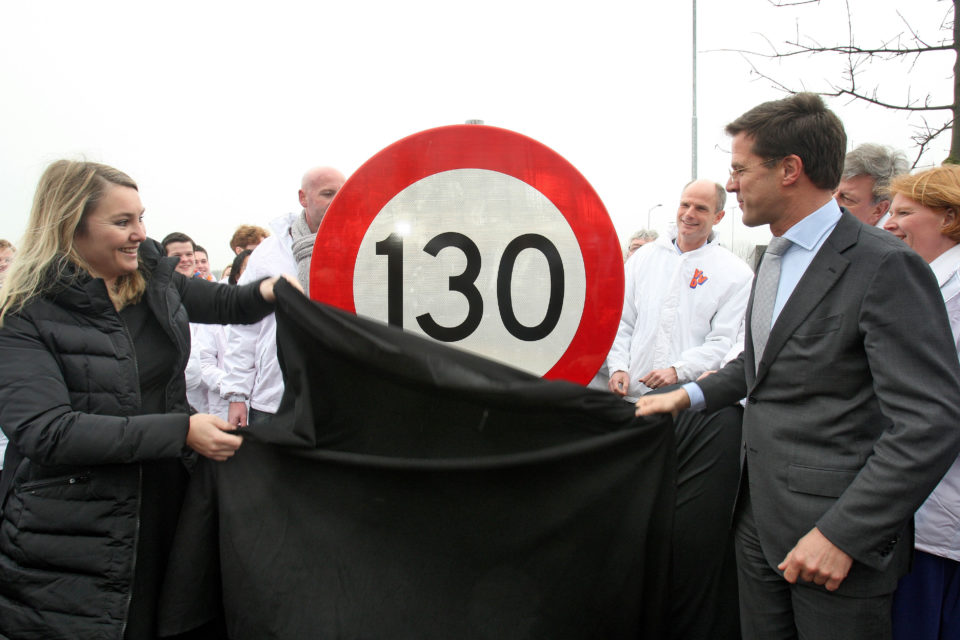 In 2011 the Dutch liberal party VVD of Prime Minister, Mark Rutte, and then Minister for Infrastructure, Melanie Schultz, campaigned with rising maximum speed to 130 km/hour on highways /HH

Reluctantly the Dutch government bites the bullet: the maximum speed on all highways in the country is to be reduced to 100 km/hour during the day, between 6 in the morning and 7 in the evening. At night, 130 km/hour will still be possible at places where this was possible until today.

An exact date when speed limits will be lowered wasn’t set by the government yet. Minister for Infrastructure, Cora van Nieuwenhuizen (VVD), has to come with a plan for implementation by December 1st. It can’t be done from one day to another, as all road signs have to be changed. But the measure could be limited in time if the Dutch car fleet is electrified rapidly in the future.

This ‘lousy measure’, as the Prime Minister Mark Rutte of the liberal government party VVD called it on Wednesday, is taken “on behalf of the jobs in the building sector”. Before the elections, the VVD party campaigned with rising the maximum speed limits on highways from 120 km/hour to 130 km/hour in certain areas and got itself the nickname ‘vroom party’ as such. Now it has to eat the dust.

“As a member of the VVD I think this measure is terrible,” Rutte said, “but if at Christmas people are sitting at home jobless because I clung on to this 130 km/hour, I won’t dare to look at myself in the mirror.”

In May, 18.000 building projects came to a halt after the Dutch State’s Council decided that the norms on nitrogen (NOx) the government was applying were contrary to the European legislation for protecting sensitive nature.

The verdict caused projects like road construction, building houses, factories, or new stables near these areas to be halted on the fly, as they had to prove first how they were going to compensate for the nitrogen emissions they were causing. Since then, some 18.000 projects are suspended, waiting for a permit.

The government is now following the rock-hard advice of the so-called ‘Remkes Commission’ that was set up to investigate how to protect vulnerable nature reserves from the damaging fall-out of nitrogen.

It concluded there is no other way than lowering the maximum speed on roads nearby and drastically shrink the livestock or buy out farmers and move them away from the so-called Natura-2000 areas. There are 166 of those areas in the Netherlands. The Netherlands has the highest nitrogen fall-out in Europe, followed by Belgium.

Lowering the maximum speed on all highways alone won’t make the Dutch reach the standards set for nitrogen fall-out, but it is a measure that can be forced through quite rapidly and allow the building sector to start working again while awaiting other long-term measures that are expected. Both farmers and construction workers protested and marched against it in the last few months.

Most experts agree that lowering the maximum speed will lower emissions anyhow. It is assumed NOx can be reduced up to 30% and fine particulates with 6 to 10% by lowering from 130 to 100 km/hour, especially with older diesel engines as the newer generations are far cleaner.

Diesel engines in the Netherlands, however, only make out 15% of the private car fleet compared to the average of 35% in the EU. And lowering maximum speed to 100 km/hour won’t affect truck traffic, as the maximum speed is officially 80 km/hour already, although most of them drive at 90. Light vans, on the contrary, will be affected, and there are more than a million driving around on Dutch roads, mostly diesel-powered.

The speed limit will be for all kinds of cars alike, even electric cars that have no NOx or CO2 missions at all. Voices were heard for allowing the latter to keep on driving at 130 km/hour as a kind of ‘incentive’ to buy electric, but that would turn out to be impossible to control.

On the other hand, electric energy consumption while driving 100 instead of 130 km/hour is far less and improves the car’s range dramatically, as most electric car drivers know from their own experience. One of the effects of driving electric is that you’re more aware of the energy you use than with classic combustion engines.

Half a megaton less CO2

The exact reduction of NOx the measure will produce isn’t known yet, but for CO2, for instance, this could mean half a megaton less compared to the 17 megatons Dutch cars emit today, the Dutch research institute TNO calculated.

Other beneficiary side effects are fewer casualties, and fewer accidents at all as speed differences between cars and trucks are lower. Traffic is in general, more fluent when the average speed is more moderate, avoiding not only certain traffic jams but making driving on the highway more relax as overtaking makes no sense anymore.

These arguments are also used by the Belgian road safety institute Vias, which put the cat among the pigeons this week by urging the government to reduce maximum speed to 100 km/hour in Belgium too.

According to Vias, Belgium is along with Spain, the worst European country in terms of highway fatalities. “According to one study, 58 people are killed for every 1.000 km of highway,” says spokesperson Benoît Godart.

“The fatal risk on our highways is twice as high as the European average (25).” That’s why lowering the speed to 100 km/hour would do a lot of good. “It would make it possible to reduce the number of fatalities by around ten each year and around 95 fewer accidents.” 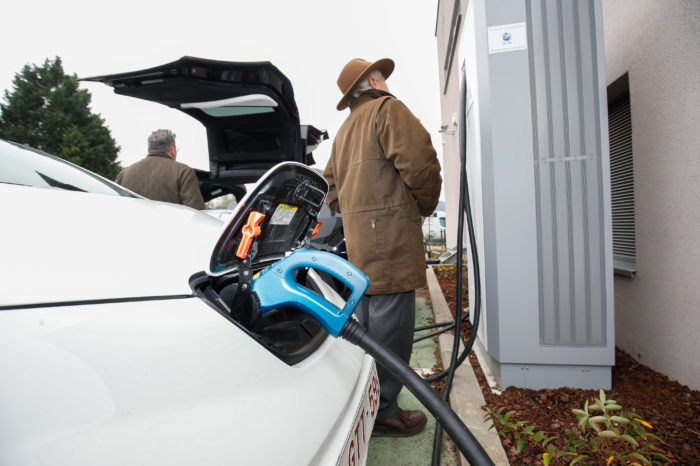 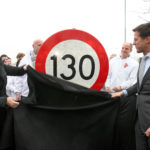